News Staff
There is a belief that white police officers are trigger happy when it comes to minority crime suspects but analysis of shootings in the comprehensive database of fatal officer-involved shootings (FOIS) shows that is not true.

Instead, the strongest factor in predicting the race of a person fatally shot by a police officer were violent crime rates where the shooting took place.  Higher incidents of racially skewed shooting occurs when there is higher incidence of a demographic committing violent crimes. In counties where white individuals committed more violent crime, a person fatally shot by police was more likely to be white. The same relationship held true for blacks and Hispanics. Once racial differences in crime rates were controlled for, civilians fatally shot were not more likely to be black or Hispanic than white.

There was no evidence of anti-Black or anti-Hispanic disparities in fatal shootings. 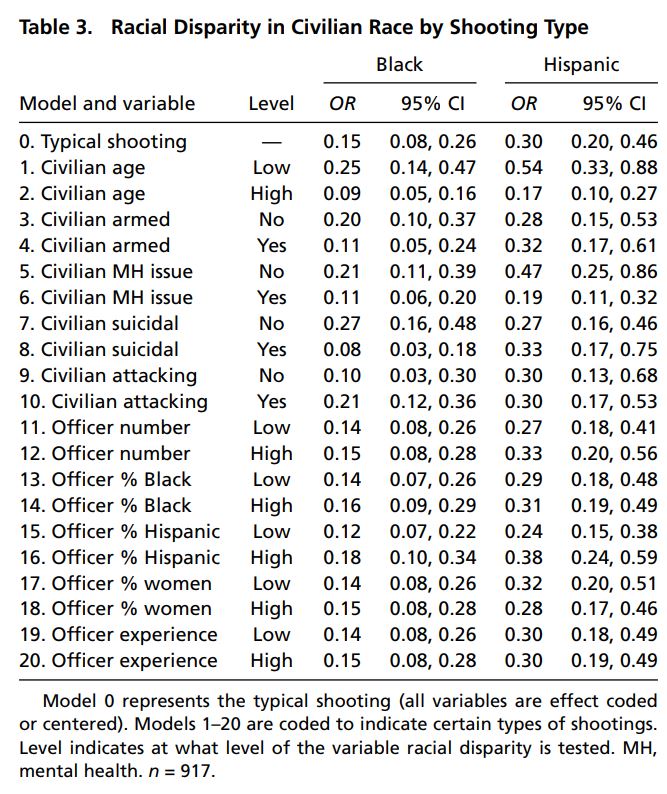 That is not to cast doubt on particular instances where someone was shot. It is instead showing that overall there is no racial component in fatal shootings, unless people of a race are committing more violent crimes in an area. And an analysis of non-fatal shootings, if that data become available, may tell a different story.

The research team spent roughly 1,500 hours contacting police departments and scouring department websites, case reports, legal documents and news stories to gather information on officers involved in more than 900 FOIS nationwide in 2015, the first year in which data was collected by these news organizations. Researchers examined officer race, sex, and experience.  When focusing on different subtypes of shootings (e.g., unarmed shootings or “suicide by cop”), data were too uncertain to draw conclusions.

The findings have important implications for the development of policies that promote diversity in the hiring process as a means of reducing fatal shootings. While such policies have merit by increasing public trust in law enforcement, they are unlikely to affect racial disparities in fatal shootings. If fatal shootings simply occur most often in places where there is violent crime, it would be better to address the roots of violent crime.

This year, the Trump administration tasked the FBI with launching the National Use of Force Data Collection, designed to gather more detailed information on a voluntary basis from law enforcement agencies about civilians, officers and circumstances involved in use of force incidents. The confounder may still be that data will only be collected from agencies that voluntarily report it.
News Articles
More Articles All Articles
About