Young Women Seem Healthier Than Men, And If They Claim Heart Attack Symptoms That Delays Treatment
By News Staff | May 6th 2021 08:17 AM | Print | E-mail

News Staff
Men may be more reluctant to go to a doctor for chest pain but when they get to a care facility, a new analysis finds they get it quicker than women.

In this look at the data, all of the patients were younger, from 18-55.

Compared with men, women were triaged less urgently, waited longer to be seen, and were less likely to undergo basic tests or be hospitalized or admitted for observation to diagnose a heart attack, according to a demographic look presented at the American College of Cardiology meeting.

Since this was an observational study, the authors could only speculate about why. They offer that perhaps preconceived notions of risk, rather than overt discrimination, may play a role. Historically, heart attacks have been most common in older men, and clinicians may be less likely to suspect a heart attack among patients outside of that demographic. 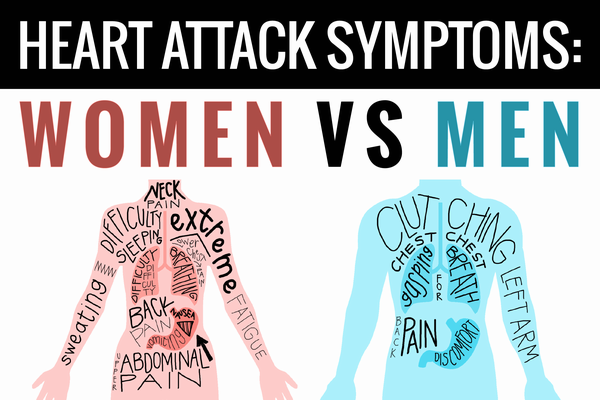 Heart disease is a leading cause of death in all people but thanks to better diagnosis it is now known heart attacks are not just in the old. About one-third of women who were hospitalized for a heart attack in the past two decades were under the age of 55.

The results are based on data collected by the National Hospital Ambulatory Medical Care Survey between 2014-2018. Researchers extrapolated the data to represent an estimated 29 million emergency department visits for chest pain in the U.S. among adults aged 18-55; women comprised nearly 57% of those visits.

Their analysis found that women reporting chest pain were equally likely to arrive at the hospital by ambulance but significantly less likely than men to be triaged as emergent. On average, women waited about 11 minutes longer to be evaluated by a clinician. Women were also significantly less likely to undergo an electrocardiogram (EKG), the standard initial test used to diagnose a heart attack, or to receive cardiac monitoring or be seen by a consultant, such as a cardiologist.

Medical guidelines recommend that all patients with possible heart attack symptoms receive an EKG within 10 minutes of arrival in the emergency department to minimize the time to treatment.
News Articles
More Articles All Articles
About