News Staff
In America, some groups tell us expiration dates on food are just a conservative guideline while other groups insist that if someone buys expired food the merchant should go to jail. In Europe it can be even more strange, they once tried to ban ugly fruit from being sold because it would likely be purchased by poor people,

If you are a believer in the precautionary principle over all, you buy armloads of organic food at the farmer's market on Saturday, ingest herbs and supplements to promote probiotic health, and religiously obey expiration dates, your refrigerator is probably where food goes to die.

Or not. A web-based pilot survey is going to have a 66 percent confidence interval. Using data from the State of the American Refrigerator survey, which included information about refrigerator contents and practices from 307 initial survey participants and 169 follow-up surveys, the authors found that participants expected to eat 97 percent of the meat in their refrigerators but really finished only about half. They thought they'd eat 94 percent of their vegetables, but consumed just 44 percent. They projected they'd eat about 71 percent of the fruit and 84 percent of the dairy, but finished off just 40 percent and 42 percent, respectively. 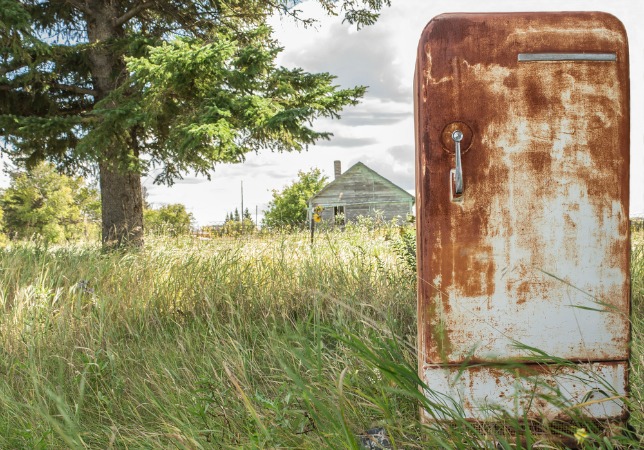 Credit: Shutterstock
The researchers asked about fruits, vegetables, meats and dairy - in particular how much was there and how much people expected to eat. Then they followed up about a week later to find out what really happened. The surveys also asked about a variety of factors that may have influenced decisions to toss food, including date labels, odor, appearance and cost.

Those who check nutrition labels frequently waste less food. Roe speculated that those consumers may be more engaged in food and therefore less likely to waste what they buy.

Younger households were less likely to use up the items in their refrigerators while homes to those 65 and older were most likely to avoid waste.

It is estimated that 43 percent of food waste is due to in-home practices - as opposed to waste that happens in restaurants, grocery stores and on the farm - making individuals the biggest contributors. Except that is not really so. People go out to eat 15 percent of the time and farms have such tight margins they can't afford crop losses. Grocery stores and restaurants have very real time constraints. For as much as the public claim to care about food waste, if you get served pasta from a restaurant made yesterday and it becomes known, you will be on the news, as will a grocery store that keeps produce for a week. They throw out a lot and it often cannot even be donated to food charities or soup kitchens.

Roughly one-third of the food produced worldwide for human consumption -- approximately 1.3 billion tons annually -- is lost or wasted, according to the Food and Agriculture Organization of the United Nations. The organization estimates the annual dollar value of that waste at $680 billion in industrialized countries and $310 billion in developing countries.