Obesity is best treated by caloric reduction and energy intake but it wouldn't exist at all if everyone could maintain energy homeostasis that easily, and obesity is fast closing on smoking as the top lifestyle disease killer in the world. Regardless of why diseases happen, with health care controlled by government a leaky bucket has become a leaky water tower, so more ways to prevent disease will keep people out of emergency rooms - and that is where everyone goes because a doctor visit can't happen for a month.

The new paper used information in Calibr’s ReFRAME drug-repurposing collection—a library of 14,000 known drug compounds that have been approved by the FDA for other diseases or have been extensively tested for human safety. They scanned ReFRAME for a drug with the metabolite capabilities they wanted and the drug version of Google came back with zafirlukast, an FDA-approved drug used for treating asthma. Using cell culture experiments, they found zafirlukast could turn adipocyte precursor cells (known as preadipocytes) into predominantly brown adipocytes, as well as convert white adipocytes into brown adipocytes. 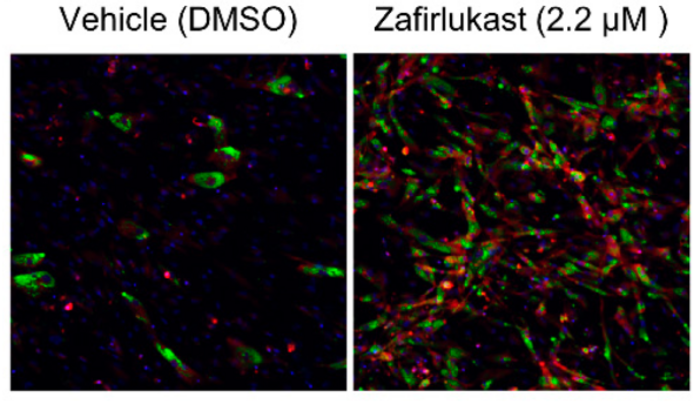 Cell cultures are not the end of the story, if any drug could get approval based on computer simulations, cell cultures, or success in mice, we'd have 10,000 cures for cancer on the market. Most drugs fail due to toxicity but zafirlukast is already safe. Using endogenous metabolites—ones that the body makes on its own—that can have the same impact as a drug with less side effects. so they looked for one that has the same effect.

Using drug-initiated activity metabolomics (DIAM) screening which included liquid chromatography (a tool that separates components in a mixture) and mass spectrometry (an analytical technique that separates particles by weight and charge) to pool through thousands of molecules and identify specific metabolites and reducing 30,000 metabolic features to 17, they found myristoylglycine—an endogenous metabolite that prompted the creation of brown adipocytes, without harming the cell. Of the thousands of metabolic features measured in the analysis, only myristoylglycine had this special characteristic, even among nearly structurally identical metabolites.

"The potential of this approach is even evidenced by the FDA’s recent approval of Relyvrio, the combination of two endogenous metabolites for the treatment of amyotrophic lateral sclerosis (ALS),” says co-author Gary Siuzdak, PhD, senior director of the Scripps Center for Metabolomics at Scripps Research.
News Articles
More Articles All Articles
About