When Salt Is An Endocrine Disruptor, The Term Is Officially Meaningless
By Josh Bloom | November 23rd 2016 08:34 AM | Print | E-mail 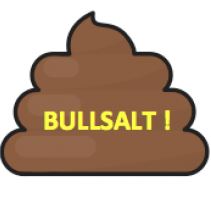 A new environmental claim about endocrine disruptors would seem to be an early Christmas gift for the fundraisers and lawyers at the Environmental Working Group and NRDC but the scientist employed at each of those groups likely feels a little dread.

Because the new endocrine disruptor is salt, and despite the perennially low quality science that dribbles from their websites, even they must realize how stupid it looks. Maybe even enough worry that remotely inquisitive individuals might wonder, "Hmm. Salt is disrupting my 'endocrines?' Huh?? Maybe the other endocrine stuff they write about is garbage too."

Yes, indeed, which is pretty much what the American Council on Science and Health has been saying forever, or at least since this useless term was invented two decades ago.

Let's look at the evidence that led researchers at the Yale School of Forestry&Environmental Studies and Rensselaer Polytechnic Institute to make their claim in something called the Canadian Journal of Fisheries and Aquatic Sciences. (1)

It is obvious that this is a gigantic mess, right up there with similar bizarre claims at the turn of the century by Tyrone Hayes, who just created scary screenshots and got a friend at PNAS to publish a paper using them with no peer review. Here's how.


The group looked at the ratio of female to male frogs as a function of tadpole development in the presence and absence of salt. They also threw in leaf litter from two different trees to simulate conditions near roads.

The graph on the left represents the experiment where the tadpoles are grown either with (gray) or without (white) salt. In the middle, maple leaves plus salt is compared to maple leaves alone, and on the right, the same with oak. Although the group suggests that salt may have "masculinizing" properties, it's all in the statistics. Here's why.

The salt vs water group (left) does seem to show that the ratio of males to females does go up when the tadpoles are raised in salt, but the data are not statistically significant, so you might as well be showing a photo of a toaster as evidence. When maple leaves are added, these "non-real differences" become even less real.

The two groups are essentially the same.

But, when oak leaf litter is used, there is a small difference between the two groups—roughly 0.52 vs 0.62, although this is the only experiment in which the data reach the level of statistical significance (asterisk).

This is typical of garbage science studies. Council scientific advisor Dr. Stan Young, a world-class biostatistician, has seen this "funny math" many times. It is called multiple testing.

So, I might as well just substitute another title, which would seem to be just as valid:

Another one for the junk science compost heap.

Republished in edited form from the American Council on Science and Health. Read the original here.