Ever heard of the idea that for some illnesses and disorders to develop, you need to have an inherited risk factor plus environmental stress? It’s known commonly as the diathesis-stress model (diathesis basically meaning predisposition), and it’s a common explanation for a large range of phenomena, from schizophrenia to serial murder.  In this model, both diathesis and stress need to be present for the illness to arise.

This has been the prevailing view for some time, but a few researchers, such as Jay Belsky and Michael Pluess of Birkbeck University, are now making a slightly different case (1). They don’t say that the diathesis-stress model is incorrect, rather, that it is incomplete.

They have noted multiple instances in the existing research base in which the diathesis side of the model – for example the function of genes, or phenotypic characteristics – would be better explained as what they call ‘plasticity factors’, as opposed to ‘vulnerability factors’. 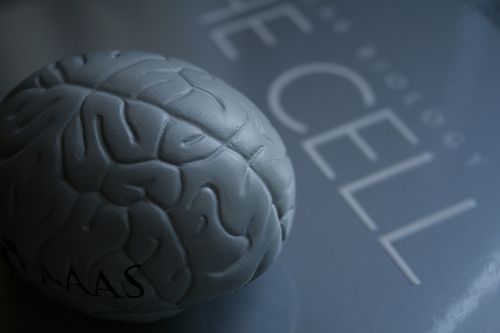 Let’s look at the current viewpoint in a little more detail. Typically, certain people are thought to possess particular gene variants which make them more likely to develop a psychological condition, for example depression, when a certain conditions occur in their life. So, someone with a different allele (different versions of the same gene are known as ‘alleles’) could go through the same experiences, and not come out the other side depressed.

The new point of view would say that rather than having a risk for certain illnesses, these people may actually have a brain that is more responsive to the environment generally. If they did not go through a stressful period, but instead a supportive, nurturing one, they would be more likely to develop beneficial psychological characteristics – and again, people who had different versions of the gene could go through the same experiences and not come out the other side as well off.

This model is called ‘differential susceptibility’; people differ in their susceptibility to environmental influence. The implication is that some brains are more plastic than others, and are therefore more susceptible to both positive and negative effects of supportive and unsupportive environments.

Over the years a number of studies on temperament in children have been published which appeared to supported the diathesis-stress model. They generally show that differences in parenting style predict differences in self-control, externalising problems, and other aspects of difficult temperament. But the limitation of these studies is that they did not test for whether these same children would be more likely to receive benefits from different parenting styles. In other words, these studies were not designed to tell the difference between vulnerability and plasticity – only to detect vulnerability.  This ties in with what I was saying in the previous article about Seligman's premise for positive psychology; that there is/was a bias in psychology towards looking at what is wrong with people.

A number of other studies, however, have been designed in a way that gets around this problem, and many have supported the idea of general plasticity. To give an example, one study found that teenage boys with difficult temperament were the least likely to externalise problems after 6 months with sensitive, non-controlling mothers; but they were also the most likely to externalise problems after 6 months with insensitive, controlling mothers. Furthering the support for the theory, this pattern was not found in the teenagers who did not have a difficult temperament. (2)

Another study, this time with an experimental design, looked at mothers who were thought to be at risk of developing insecure children due to their own difficulties. These mothers were given an intervention in the form of a video feedback exercise, which successfully improved their parenting skills. Was the intervention successful in building a more secure attachment style from the infants? Yes it was, but only for those who had a high level of negative reactivity prior to the intervention (3).

If anything I’ve said up to now has been familiar to you, you might have heard of the 5-HTTLPR gene. It has had attention in the media and popular books (eg., The How of Happiness) for being the ‘depression gene’, in that people who have a specific variant of this gene, the so called ’short allele’, are more susceptible to depression.We’ve looked at a few studies which might demonstrate the effects of differential susceptibility in the ‘real world’. There is also some evidence looking into the effects of genes, and again Belsky and Pluess (1) argue that because previous research had been led by the diathesis-stress model, findings which might support differential susceptibility have tended to go overlooked.

A number of studies have supported this idea, but there have been some results which suggest the pattern may not be so clear as yet. One study found, as predicted, that young adults with two short alleles had the most severe symptoms of depression when they had experienced problematic childhoods. However, when short allele children had experienced a supportive childhood, they actually showed the fewest symptoms of depression later in life. (4)

A warm and fuzzy conclusion?

Although the recent evidence for individual differences in plasticity is quite compelling, the authors are very tentative and cautious in their papers, which I suppose is necessary when you’re proposing something new. You don’t want to scare anyone off. So they are keen to point out that the evidence is not quite solid as yet, and there is more work to be done.

This line of work is only beginning, and there are many unknowns. Much the same as in priming research, the evidence of the effect is running a little ahead of the understanding of the mechanisms involved, and researchers are unclear on whether differential susceptibility stems mostly from ‘nature’ or ‘nurture’, or on the breadth of the phenomena that it applies to. Having said that, the idea that that the people most susceptible to negative symptoms and experiences might be the people most susceptible to positive symptoms and experiences, is quite a cheerful thought.

I am Warren Davies, a freelance writer and former psychology student. I am male, and have been my whole life. I became interested in psychology...