You are being manipulated by flowers.

In positive psychology, most theories of positive emotion have focused on discovering their relative costs and benefits to humans. These theories, to a greater and lesser degree, see positive emotions as being evolved adaptations to our environment. Greater mood brings wider though-action repertoires, allowing us to build our resources (1), they regulate our motivation to work towards goals (2), and when in the right balance with negative emotions, provide optimal conditions for mental health (3).

But all life on Earth is intertwined; could it be that our positive emotions exist not only for our own benefit, but to the benefit of other species, too? Researchers Haviland-Jones, Rosario, Wilson and McGuire (4) argue that they do. What species could be manipulating our positive emotions to their advantage? Could it be the intelligent dolphin? Man’s best friend, the dog? Or perhaps our closest cousin, the chimpanzee? 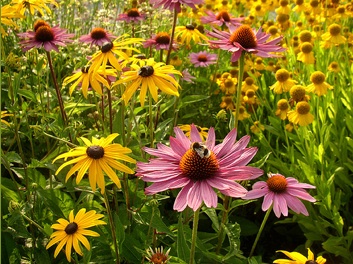 Do these flowers cheer you up?(Credit: Per Ola Wiberg)

The logic behind this argument is that there is an evolutionary ‘niche’ open for species that can elicit emotional rewards in mammals. The first step towards testing this idea, is to establish an emotional connection between humans and flowering plants; something romantics have known for centuries!

In a series of studies, Haviland-Jones et al report that:


The researchers also reported other “unusual emotional displays that they were unprepared to measure,” (4, p122), including:


As they sum up – “In many years of studying emotions, we have never received hugs and kisses, thank you notes or photographs, not even for candy, doghnuts, hats, gift certificates, or direct monetary payment; flowers are different.” 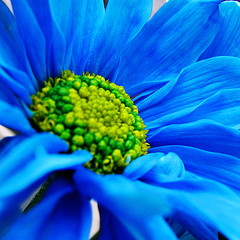 These findings are difficult to account for using the theories under the positive psychology umbrella. The emotion does not seem to be relevant to a goalprocess, or related generally to receiving a gift. And why would the presentation of flowers bring a broadened thought-action repertoire? Perhaps something to do with Fredrickson’s cognitive maps; as flowering plants were part of our ancenstral environment, could their presence trigger a positive emotion to allow greater awareness and therefore knowledge of the environment?

1) Learned associations between flowers and happiness from positive social events

Possibly true, but typically the socialisation of positive emotions and flowers is specific to women, and the studies also found effects in men. Additionally, learned associations do not account for the prevalence and meaning given to flowers cross-culturally. Still, this can’t be ruled out without studies in cultures that place little or no significance on flowers – if there are any.

Rather than a positive social event, perhaps flowers are associated with potential foraging success – as they signal the current or future availability of nuts and fruits; nutritionally dense foods.

Perhaps the sensory aspects of flowers directly influence positive human moods. This reaction to flowers would be expected without learning an association between flowers and happiness, but would make learning such an association easier.

How could this all be working? Emotional processing occurs in a specific part of the brain, based on certain ‘rules’ applied to the input to this area. Over vast periods of time, and where it is in their interest, organisms attempt to access the ‘rules’ of other organisms and adapt to them. It’s a kind of evolutionary cold war, all happening through the trial and error of natural selection, without any conscious or deliberate direction (an important point). 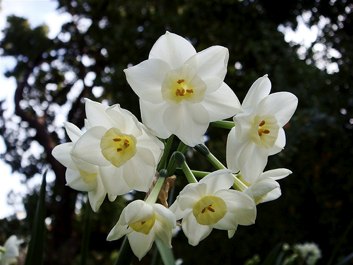 I’m kind of limited in the range of pictures I can provide you with in this article. Here are some more flowers. (Credit: o b s k u r a)

This may be serendipitous though, because the smells, colours and shapes of flowers may have evolved to attract the birds and insects with which their cross-species pollination efforts are usually associated. Either way, this configuration appears to be beneficial to the plants; for many species of plants, humans are the main agents of seed dispersal, even those that have no nutritious or medicinal value. They have discovered the secrets of our positive emotional response mechanisms, and have adapted themselves to exploit it. We’re being manipulated! (maybe)