Tommaso Dorigo
5.30 AM. Getting in at CERN through the B entrance I see no living soul. "Ha" -I tell myself- "I have been worrying too much".

5.36 AM. But the people is all here since last night ! There is a huge queue of 180 people already, extending from the doors of the Main Auditorium all the way up the aisle and back down on the other side. Most of the higgs enthusiasts have camped since last night here, and there is even a couple of guys with wide shoulders (but a polite smile) that direct newcomers to the end of the line.

Here are a couple of pictures of the queue as of now: the head of the queue close to the doors of the auditorium, 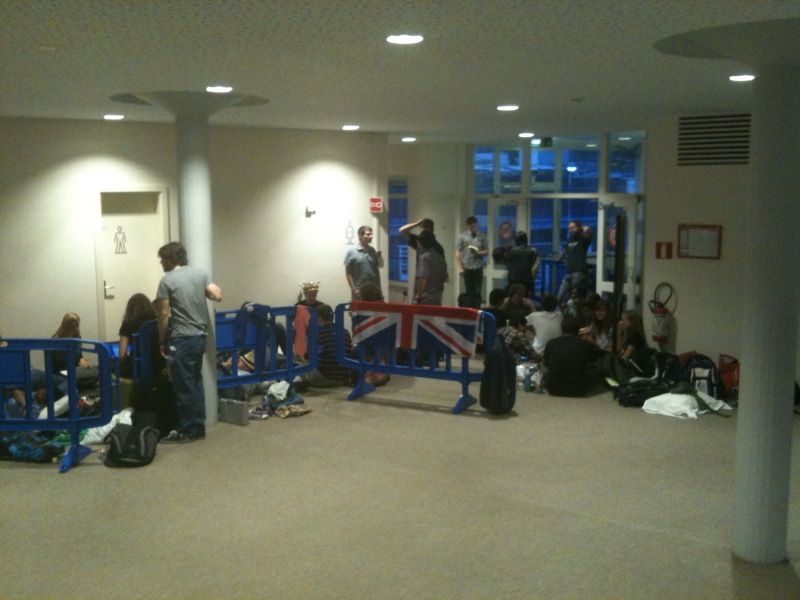 and another view down the aisle, 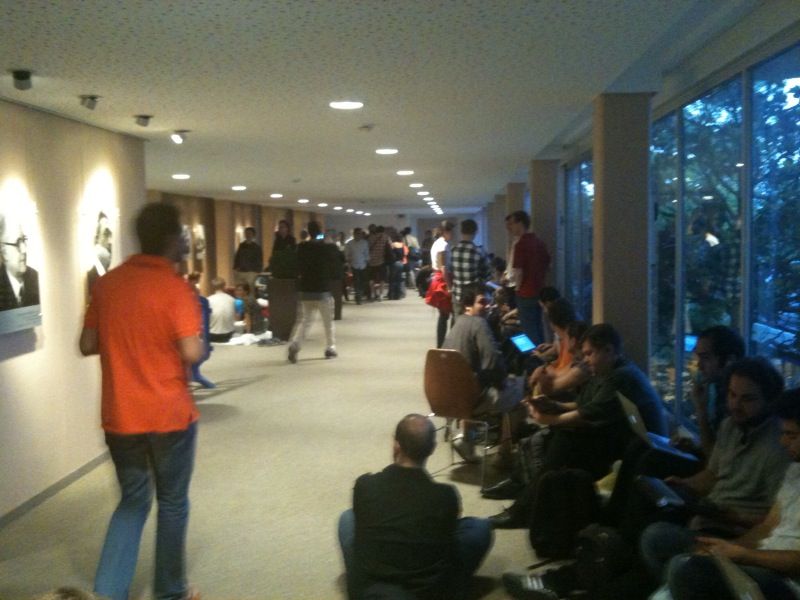 5.40 AM. Most of those queueing up are youngsters, but I see also people close to retirement.

5.50 AM. The wireless is failing here. Everybody is killing time by connecting to their facebook pages, apparently, and the bandwidth appears unsuited for the unusual task.

6 AM. I hear that a video with Joe Incandela's presentation, intended for the press, has leaked to blogs. It appears that the amount and quality of leaks has surpassed even my imagination. I have always said that the Higgs discovery would have been announced in anonymous comments in blog posts or by similar illegitimate means, but I did not suspect that the width of these holes in the experiments' privacy would be so large.

6.10 AM I am changing post now, because I would like another one with a better title for the following discussion. You can jump to it at this link.