In the course of the first week of run almost 200 inverse picobarns have been delivered to CMS, which is absolutely satisfactory.

The integrated luminosity versus time is shown below. 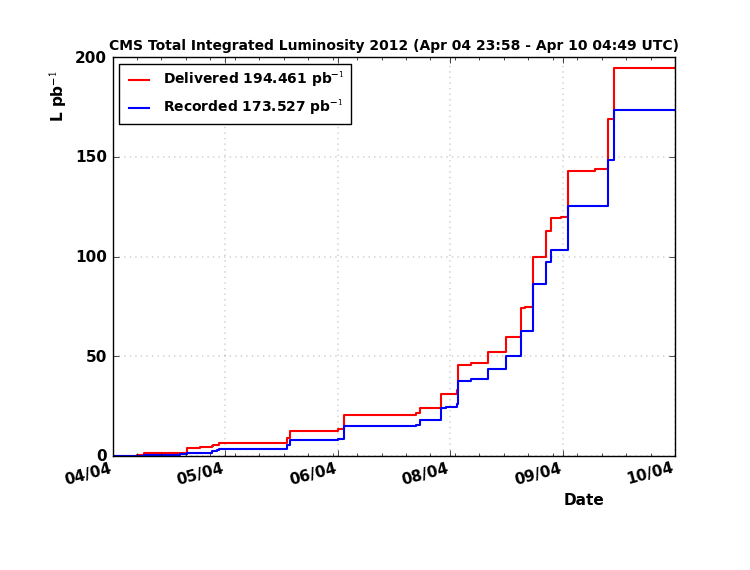 And here is the peak instantaneous luminosity reached during these first few days of running: 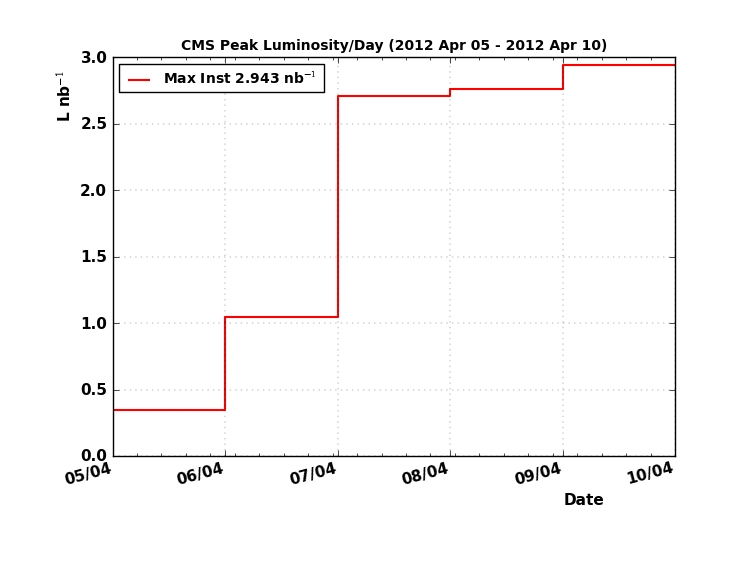 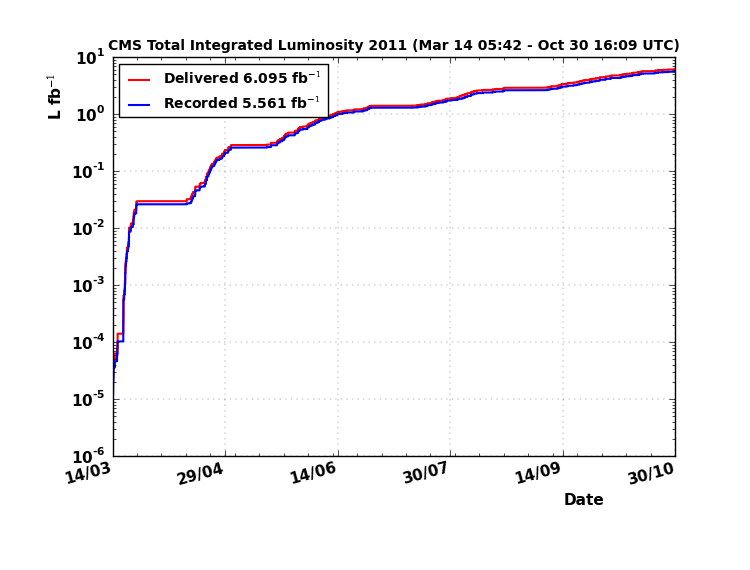 Of course at this rate one could not expect to reach the 15 inverse femtobarns of data that has been set as a (conservative, in my view) objective for 2012, but synchrotrons are a bit like good wine: they improve with time, only much faster. Take last year as an example (right, with integrated luminosity on a logarithmic y scale): during the first week of run, just a few inverse picobarns had been collected. So we may look at this first week of LHC data taking as a quite promising start.

By the way, I just finished to write a 33-page proceedings article summarizing (hmm, that's probably an euphemism) the CMS results obtained by analyzing 2011 data. I am going to submit a copy to the arxiv and will later link it (maybe in a separate piece). For now, I can offer the following excerpt, from the Introduction:

In this paper we offer a review of some of the most interesting searches performed with 2011 data by the CMS experiment. As the reader will see, many of the results configure themselves as open questions: is the Bs meson decaying to muon pairs at the rate predicted by the standard model, or at a higher rate compatible with the exchange of virtual massive SUSY mediators ? Does the Higgs boson exist ? Is the Higgs boson mass compatible with the indications of the existing global fits to electroweak observables? Can gluinos with mass below 1 TeV be excluded for most of the SUSY parameter space, throwing a monkey wrench into the inner workings of the most studied extensions of the standard model ?

As you see, it is my opinion that 2012 is going to be a crucial year for the LHC, and for particle physics!