Tommaso Dorigo
[Introduction: I published the text below last Monday, when the news of this controversial new measurement had spread in the corridors of physics departments, as well as in the threads of popular HEP blogs. I felt I was not doing anything wrong, since all I was reporting were facts, with a cautious opinion on my part. I was however forced to take it down only a few hours afterwards, due to a kind of pressure I could not ignore, my own job being at stake. I understand that the experiment who did this measurement was not too happy to see the news in print before they wanted to, but then again the fault is theirs. And in retrospect, what damage did I cause with the post below ?

I believe I should have the right to exercise science popularization here when I have a chance, as I believe it should be the duty of every researcher. Unfortunately, this is not easy to do, and with time and repeated incidents such as this one the risk becomes that of self-censoring oneself. I will try to avoid changing my style, but I will need to learn to be more cautious.

As for the result: it is now public, and yesterday it already circulated in dozens of newspapers throughout the world. There is a preprint out here (see link below), and a CERN press release which explains some details that were unknown to me a few days ago:

The OPERA result is based on the observation of over 15000 neutrino events measured at Gran Sasso, and appears to indicate that the neutrinos travel at a velocity 20 parts per million above the speed of light, nature’s cosmic speed limit. Given the potential far-reaching consequences of such a result, independent measurements are needed before the effect can either be refuted or firmly established. This is why the OPERA collaboration has decided to open the result to broader scrutiny. The collaboration’s result is available on the preprint server arxiv.orghttp://arxiv.org/abs/1109.4897.


In order to perform this study, the OPERA Collaboration teamed up with experts in metrology from CERN and other institutions to perform a series of high precision measurements of the distance between the source and the detector, and of the neutrinos’ time of flight. The distance between the origin of the neutrino beam and OPERA was measured with an uncertainty of 20 cm over the 730 km travel path. The neutrinos’ time of flight was determined with an accuracy of less than 10 nanoseconds by using sophisticated instruments including advanced GPS systems and atomic clocks. The time response of all elements of the CNGS beam line and of the OPERA detector has also been measured with great precision.

So now below is my original post, amended where obsolete.]

The news is all in the title. A unconfirmed rumor from the Opera experiment (see picture below), the neutrino underground detector in the Gran Sasso cavern in central Italy, tells that a measurement has been performed on the time that muon neutrinos take to travel from their production point at CERN to the Opera detector, finding that neutrinos take a handful of nanoseconds less than if they were traveling at light speed.

This, apparently, is a very significant effect, since the experimental resolution on the timing is six times less than the observed time deficit. 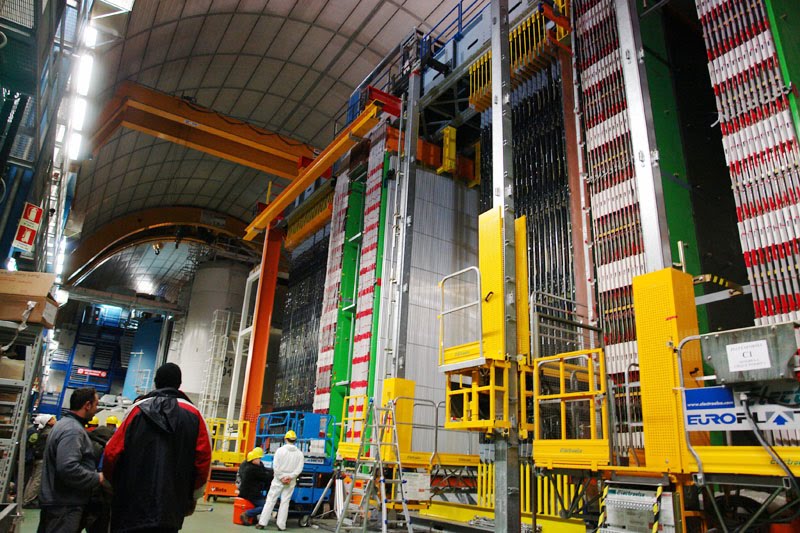 Before I comment on the result, let me give you a little background on the whole thing. Opera is a very innovative concept in neutrino detection. Its aim is to detect tau neutrino appearance in a beam of muon neutrinos.

Combining the strength of photographic emulsions with the most advanced electronic scanning capabilities of modern-day computers and with charged particle tracking, the heart of Opera is a set of "bricks" containing a wafer of emulsions and lead plates.

When neutrinos hit the lead nuclei, sometimes they materialize into charged leptons, leaving a trail of hadronic debris which allows the precise identification of the interaction point, with micrometric accuracy. The charged particles that emerge from the brick can be identified and tracked back to the brick which contains the interaction among the 150,000 making up the detector target material. In order to find out precisely what happened in the interaction, the brick is dislodged from the detector and the photographic emulsions scanned.

If a tau-neutrino hits a nucleus, the tau lepton may travel some tens of microns before decaying back into neutrino and charged tracks; this may allow its identification, proving that muon neutrinos sent in by CERN oscillated into tau neutrinos on their 3 millisecond trip to the Gran Sasso.

So let us go back to the superluminal neutrinos now. Apparently, the analysis was performed by a group of physicists from Lyon, who belong to the Opera collaboration. And apparently, the result is controversial within the collaboration -a CERN seminar had been scheduled for last week but has been withheld until this coming Friday. It appears that it is hard to produce independent checks of the result. A result which, if confirmed, would be a magnitudo X earthquake for fundamental physics!

I am reminded of a series of thought-provoking questions and answers by Maury Goodman I posted a week ago on the issue of the significance of physics discoveries, explicitly in the field of neutrino physics. Some 2-sigma results can be fully believed, some 8-sigma ones should be frowned upon. Would you believe in one six-sigma evidence that neutrinos are superluminal ? I would argue you'd be a fool if you did. 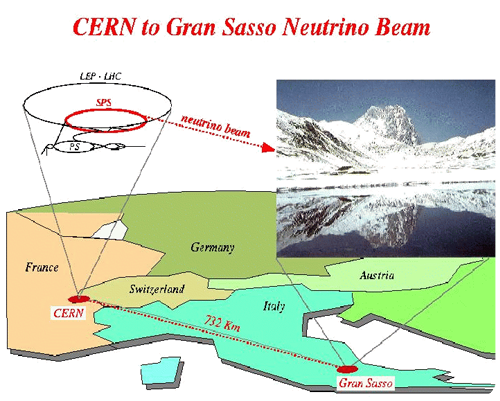 Neutrinos seen by the Opera detector are produced when a high-intensity spill of protons from the SpS hits a target in the CERN laboratories. The large flow of pions and kaons results downstream of the collisions; these particles are then focused and allowed to decay to muons and muon neutrinos, and the latter travel underground to the Gran Sasso, where -once in a while- one of them is detected.

Now, measuring with great accuracy the timing of the whole process is not so hard, since the protons hit the target at very precise times and the Opera detectors can indeed record these interactions with nanosecond accuracy. What is impossible to know with precision, IMHO, is the fine structure of the proton spill. The protons arrive at the target with a time-bunched structure, but the details of the spill structure are not known in great detail -the "bunches" might be very sharp peaks of intensity or have straggling tails, for instance. 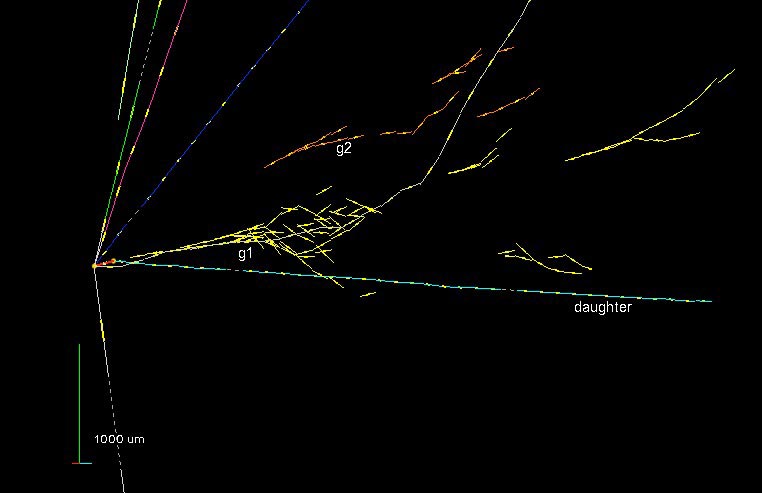 But if so, then one would need to know the nanosecond details of hundreds of thousands of spills occurred in the last few years... I wonder if this is the case and thus the six-sigma effect is statistically dominated, or if instead (let me guess that this is instead what is happening) there are unknown systematics on the spills structure which have been estimated with a bit too much optimism.

In any case, this is for sure a very exciting result to scrutinize. Next Friday, hopefully, we will get to know more about the details, since a preprint is expected to appear, in conjunction with a talk at CERN. Stay tuned for more information!
A Quantum Diaries Survivor
More Articles All Articles
About