Tommaso Dorigo
For the second and last time this century, the planet Venus will pass over the visible disk of our Sun for observers located in the Americas (in the evening of June 5th) and western Europe (in the morning of June 6th). The event has a noteworthy scientific value -particularly for exoplanetary searches-, but it is also quite spectacular to observe, if you have some modest equipment (but you should be able to spot it with your naked eye, provided you only look through a thick-smoked glass; never look at the Sun directly!). The added value is that probably none of us will be around the next time this event occurs, in 2117.

I watched the 2004 transit of Venus with telescopes that local amateur astronomer associations had made available in Padova, and I enjoyed it a lot. To watch the sun directly your telescope will need to have custom filters - you would be instantly blinded if you aimed a unprotected optical instrument at the Sun. If you want to observe the transit your best bet is to try and determine which is the closest place where amateurs are gathering. 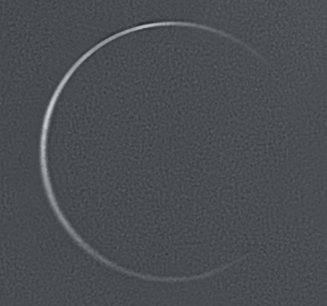 While we wait for spectacular pictures of the transit (they will look more or less like the one shown above, which was taken in 2004) it is nice to see how Venus looks like, if photographed through the mastery hands of Damian Peach, one of the most skilled planetary imagers in the world: yesterday Venus was just at 3.5 degrees from the Sun, so it must not have been trivial to locate the planet in daylight. The result is the beautiful picture on the right. Note how the Sun's light is almost circling around the planet's disk, partly thanks to Venus' thick atmosphere.


Speaking of Damian Peach, I cannot resist posting here a award-winning picture of Jupiter with its moons Io and Ganymede, which he took two years ago. There simply are no words to describe the beauty and amazing level of detail that is discernible in the image. Pictures of this quality are only possible to Hubble and to huge earth-based telescopes with adaptive optics, and to maybe one or two amateurs in the world.