Hontas Farmer
The formation of stars of mass greater than 8 times that of the Sun occurs in distant and very obscured areas of the sky.  To form a massive star requires a massive and dense interstellar cloud.  To see what is going on there requires more than an optical telescope.  We rely on intense and compact sources of radio emission, masers. Inquiry into the formation of massive stars is a very active area of astronomy. Do they form based on a beefed up version of the disk-outflow model which works for less massive stars, or do they form by accretion and collision of smaller protostars?  There is evidence for both. 1  I have published a paper in the International Journal of Astronomy and Astrophysics  which provides evidence for the disk outflow model.2
The overall state of knowledge is well summarized by Tan, Beltran, Caselli et al. 1

The enormous radiative and mechanical luminosities of massive stars impact a vast range of scales and processes, from the reionization of the universe, to the evolution of galaxies, to the regulation of the interstellar medium, to the formation of star clusters, and even to the formation of planets around stars in such clusters. Two main classes of massive star formation theory are under active study, Core Accretion and Competitive Accretion. In Core Accretion, the initial conditions are self-gravitating, centrally concentrated cores that condense with a range of masses from the surrounding, fragmenting clump environment. They then undergo relatively ordered collapse via a central disk to form a single star or a small-N multiple. In this case, the pre-stellar core mass function has a similar form to the stellar initial mass function. In Competitive Accretion, the material that forms a massive star is drawn more chaotically from a wider region of the clump without passing through a phase of being in a massive, coherent core. In this case, massive star formation must proceed hand in hand with star cluster formation. If stellar densities become very high near the cluster center, then collisions between stars may also help to form the most massive stars. We review recent theoretical and observational progress towards understanding massive star formation, considering physical and chemical processes, comparisons with low and intermediate-mass stars, and connections to star cluster formation.

In short massive star formation is important because massive stars effect the space around them in a number of profound ways.  As they live their radiation and luminosity effect the interstellar medium and planets of other stars around them.  As they die they seed the interstellar medium with materials which will form new stars and planets.  Every once in a while they are responsible for setting off massive gamma ray burst as they collapse to form more compact objects such as neutron stars and black holes.   These massive stars either form by a disk outflow process similar to that of low and intermediate mass stars, or by collision of small proto stars.  The key could be where they form.   If they form in a globular cluster then collisions could be part of the story.
The evidence I collected and analysed for this paper 2 which is a refinement of my MS thesis completed at DePaul University and advised by Professor Anuj P Sarma,  indicates that massive stars form by way of a disk outflow model.  To quote myself. 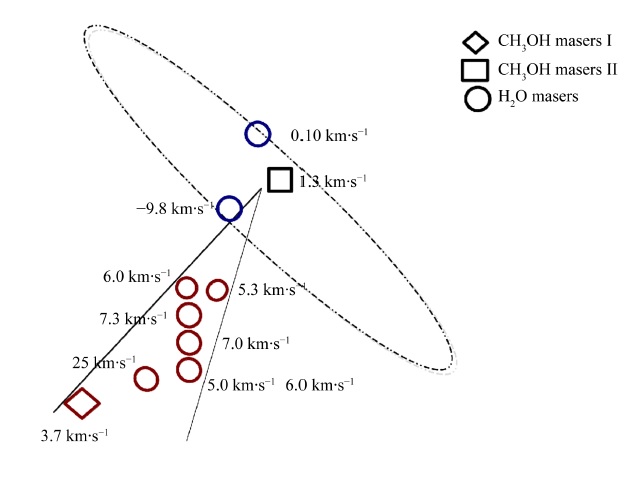 There are many more details in the published paper 3.