Hontas Farmer
Where science and religion conflict most Americans choose religion. According to the AP-GFK poll most  Americans lack confidence in the greenhouse effect, the 4.5 billion year age of the Earth, the theory of evolution, and the big bang theory.   This article could be called why having a TV show like Cosmos matters, or no wonder it's ratings aren't much higher.  It isn't instead let us look at the numbers and worry about the state of science literacy in this country.

This is the table from page two of the poll results. 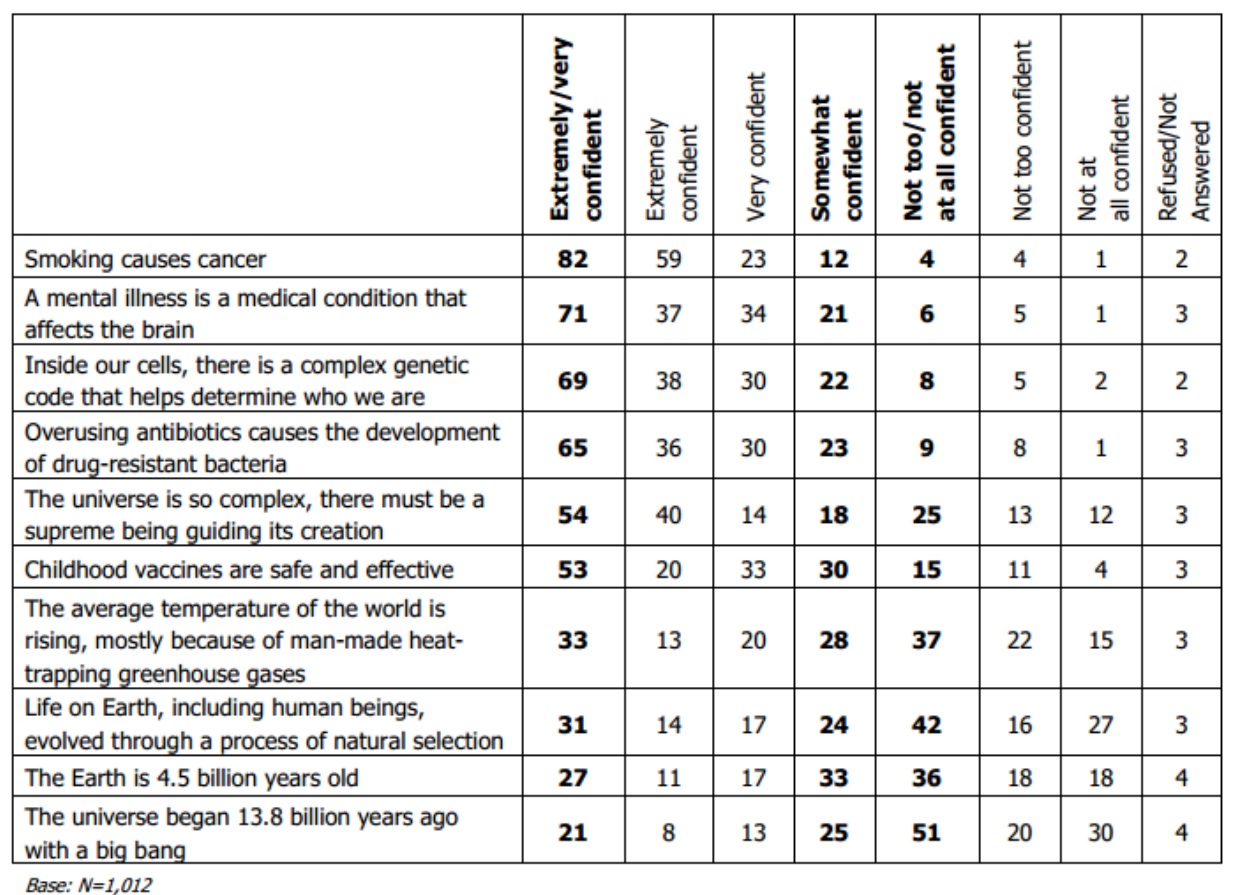 I see that the scientific findings which have religious implications have much less public  confidence than those which don't.

Global warming, one reason deniers think we can't cause global warming is because only God could cause such devastation.  Earth was created as it is now and has never changed except for the great flood.

Evolution, clearly if you are a creationist and biblical litteralist then evolution is simply anathema to you.   It may surprise many of my readers but at least half of all Americans believe in the litteral word of the bible as "gospel" truth of what happened in the past.

The 4.5 billion year old Earth contradicts what young Earth creationist believe.  This was found by a man of the cloth counting the begats between Adam and Jesus.  That the Earth itself is just 6000 years old is never even stated in the bible.  However, 6000 is a long time and conceivable to the average person.  4.5 Billion years is beyond the reckoning of many people, I suppose.

The 13.8 Billion year old universe, presents the same problems for a American Protestant Christian believer as the 4.5 Billion year old Earth.  The Big Bang theory, inspite of sounding like a version of "let there be light"... does not require a creator God.

Maybe scientist, even those of us who are religious, should just accept that most people will not be able to understand scientific reasoning.  For such people religion provides a safe secure certainty and moral clarity.  Science only tells us how things work not why they work.  A large number of Americans don't really care how things work only about why.  Religion tells them why.

Let's just accept that about half the people at any given time in history will not be confident in scientific explanations.
Quantum Gravity
More Articles All Articles
About