Just another short post on Nibiru following on from my recent petition calling for responsible mainstream journalist reporting on "doomsday stories". It's featuring in many mainstream news sites again. Thank goodness one paper, the Independent, has run a straight hoax debunking story on it. "‘Blood moon’ and ‘rogue planet Nibiru’ are on their way to kill us all, conspiracy theorists wrongly claim", kudos to them. Hurrah! It's the first straightforward Nibiru debunking article I've seen in the mainstream newspapers in the last year (since I started writing these articles). I hope this is a start of a new trend. If you are a journalist and reading this, do consider writing a debunking article like that. And if you think this is important, do sign my petition as well, my article is here, Petition: Let's End Dramatized Reporting Of "Doomsday" Stories - The Vulnerable Get Suicidal, and the petition itself is here.

It is also great to see that the Independent article is currently first in google search results for "Nibiru blood moon" (you can do searches not affected by any of your own search history, and to simulate a search in another country using a tool Google created to assist advertizers, which is easily accessible using the ISearch page). Screenshot here.

Just as for the last time , all the news stories are based on a youtube video which someone uploaded, this time with the title "EXCLUSIVE BLOOD RED MOON and NIBIRU August 21st 2016". This is a detail of a screenshot from the video. 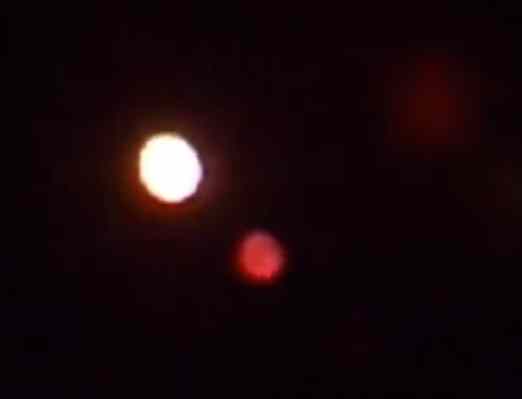 The authors claim that this video shows a planet next to the Moon casting a red shadow on it, and that it was taken on three separate nights in August from Pennsylvania showing a bright object visually as large as the Moon next to a blood red Moon. It may seem quite impressive unless you've heard of offset lens reflections.


This is how to simulate it with a glass slide on an iPhone. 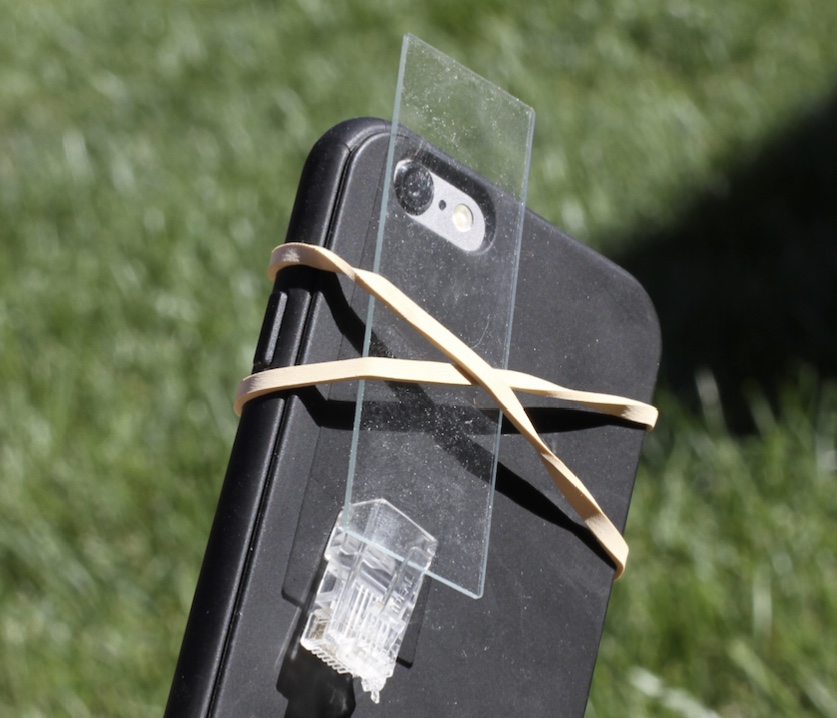 
Meanwhile of course nobody else sees it. Searching in Flickr, here is a photo of the Moon from the 19th, and another taken on the 21st

With the Moon I don't see how it can be anything other than an out and out hoax. You'd just need to look at the Moon with your own eyes to see that the Moon is on its own, is white not red, and there is no apparently Moon sized object next to it.

You can take "double sun" photos accidentally, as Melissa Huffman did:

The sun is so bright, it's natural not to want to look at the sun, and it's actually a good thing we don't as you can actually damage your eyes by staring at it for any length of time. We have no pain receptors at the back of our eyes, and you see the main effects several hours later. Sir Isaac Newton actually damaged his vision for several weeks by staring at the sun as an experiment, though later it recovered. Others get permanent damage. You don't have to go as far as David Mitchell did as a child :).

There's no problem just glancing at the sun for a fraction of a second, and if you do, that's enough to make it pretty obvious we have one sun, not two. But it's not good to stare at it, except during sunset / sunrise when the light is attenuated by all the atmosphere it goes through. Even then, it can sometimes be quite bright, and the most harmful rays, in the UV (for naked eye observation), are invisible to us, so it's best not to stare at the sun even when it is slightly dimmed by clouds. Even more so, you shouldn't look at the sun through telescope or binoculars even for a fraction of a second. In that case the receptors in your retina can cook in seconds through infrared light concentrated on it by a powerful telescope. This is something solar observers with telescopes have to be very careful about - not even to look through a finder scope towards the sun - instead they align their telescopes using other methods, for instance turning the scope until its shadow is as small and round as possible.

But there's no such problem with the Moon. There's no way anyone could take that video and not realize that there is only the Moon in the sky, just by looking at it, with their own eyes. So this must just be an out and out hoax, which is why I put the word "hoax" in the title of the article.

As to how this rumor of an unexpected lunar eclipse in August got started - actually there was an “almost eclipse”, as the Earth’s shadow just missed the Moon.

It was such a close miss, that according to some criteria it just counted as a partial eclipse, while according to others it didn’t. But it didn't surprise anyone, and the astronomers predicted it exactly. It was just a case of deciding what to call it. So - my guess is that this internet story snowballed out of those differences in accounts with some people listing it as a partial lunar eclipse and others not.

In any case nothing happened that could be seen by the human eye. Even if the Earth's shadow grazes the Moon, as happens sometimes during "penumbral" lunar eclipses, the result is almost invisible to most observers on Earth, as it just causes a slight dimming. An observer on the Moon would see the sun partially obscured by the Earth, and light levels reduce slightly, the more so, the more the Sun is obscured by the Earth. See August 18, 2016 - Almost Lunar Eclipse.

Red moons only happen during total eclipses, when the Earth obscures the sun completely as seen from the moon. The red is caused by the light from the sunsets and surises all around the rim of the Earth at the moment of the eclipse. It would be a dramatic event for any future lunar explorers, as it would make the landscape go red in colour.

Painting of the Earth as seen from the Moon during an eclipse by Lucien Rudaux, space artist, living in first half of the twentieth century. Painted long before anyone had ever visited the Moon. When most space artists were painting jagged mountains, he noticed out that the mountains were clearly rounded through a telescope, especially when silhouetted against the edge of the disk, writing: "If we reconstruct geometrically the outlines of certain lunar mountains from their observed appearance, we shall find that instead of being steep and jagged, they have quite gentle slopes and their summits are frequently flat or smoothly rounded."  - The first science artist to draw accurate pictures of Mars and the Moon

For more on this, see Why a totally eclipsed moon looks red | EarthSky.org

Anyway that non event happened at full Moon, on the 18th - not on the 19th or the 20th. Lunar eclipses always happen at full moon which is when the Earth is directly between the sun and the moon and there is no mystery to them - they are caused by the Earth’s shadow. You can see its shadow as a curve that spreads over the Moon - and actually that was used by the Greeks to estimate the diameter of the Earth. Similarly solar eclipses always happen at new Moon when the Moon is between the Earth and the Sun.

For most of us, this is just another silly internet story, but some people get scared by these stories, and some even get suicidal. It's a great help for a responsible mainstream paper like the Independent to publish a straight debunking story about it.

"To: Journalists and lawmakers: Let's End Dramatized Reporting of "Doomsday" Stories - The Vulnerable Get Suicidal".

MY BLOG POSTS ON THIS

I plan to do a new book when I have time, incorporate more the things from my articles. The provisional title is

Meanwhile it may be useful for any of you worried about those things. That draft outline for it links to my quora articles and answers about them. It will be available to read in its entirety online for free, also available on kindle, and if I do get sales of it on kindle, proceeds will go to charities that help vulnerable and suicidal people, such as  the Samaritans (UK), and Befrienders international.

Get notifications of new blog posts

If you want to get alerts every time I do one of these posts, join my Robert Walker - Science20 Blog Alerts facebook page.

To get a red facebook alert every time I post a new science20 article, or post an idea for a new article, then select "all on" in the page's Liked drop menu above.

For email alerts about once every month or so, subscribe to Robert Walker's Science 20 blog Monthly Alerts on Google Groups.