No Conker Tree Is NOT Really At Risk Of Extinction - Is About Native Original Distribution In Greece, Albania And Macedonia
By Robert Walker | September 27th 2019 12:18 PM | Print | E-mail

This is another scary headline that doesn’t mean what it seems to mean from the titles. We do not risk a world without the conker tree and there is no way it can go extinct. After all it is easy to cultivate. Here is an example story to debunk:

Ravaged by moths and disease, the horse chestnut is now classified as vulnerable to extinction.

The tree is among more than 400 native European tree species assessed for their risk of extinction by the International Union for the Conservation of Nature (IUCN).

About half face disappearing from the natural landscape.

The reader will naturally assume that this means the tree that we find in our streets and gardens. There is nothing in the article to suggest anything different.

However actually, this is about the native tree in the original range of the species. It doesn’t risk extinction in our gardens and streets, after all it is easy to cultivate.

The risk is for the native wild populations in Greece, Albania and the Republic of North Macedonia.

The purple areas in this map show where it has been introduced, and the yellow areas are where it originally grew, which still has a small native population. 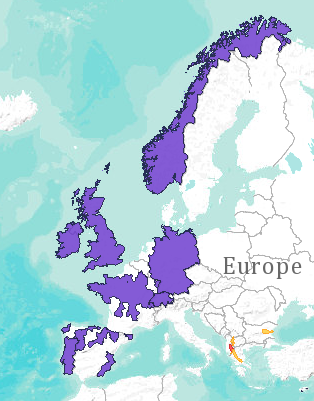 Most of the original wild population is in protected areas but they are still threatened by landslides as the mountainous areas it lives in are developed for tourism. Also there are other anthropogenic pressures like mining.

The wild population is classified as vulnerable, the lowest risk level - roughly equivalent to a 10% risk of extinciton in a century.

A couple of pests threaten it with defoliation (losing leaves), the leaf miner moth, Cameraria ohridella, which reduces its chance of survival and regeneration and so reduces the wild population, and the fungus Phyllosticta sphaeropsoidea, which does not damage the tree but does make its leaves go brown and blotched.

Neither of these threaten the cultivated tree. 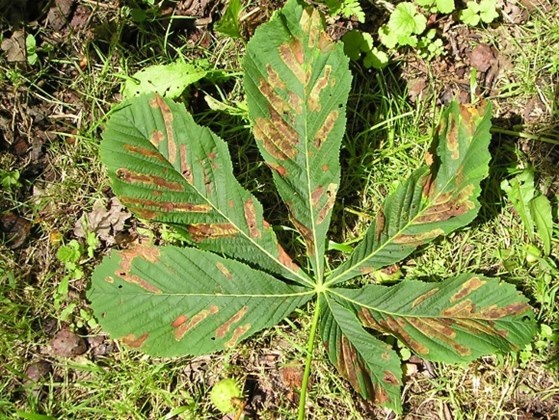 “While it does not affect tree health, it does afflict the appearance of horse chestnut trees, and can cause public concern.”

There are some tropical trees that can’t be preserved as seeds, such as the mangoes. But most can be.

Horse chestnuts produce “recalcitrant seeds” because they are so large and it is not feasible to freeze dry an entire conker - it will break up because of the ice crystals.

However they can extract a tiny part of it called the “seed embryo” and this can be frozen, and is enough to regrow to a full tree when revived. 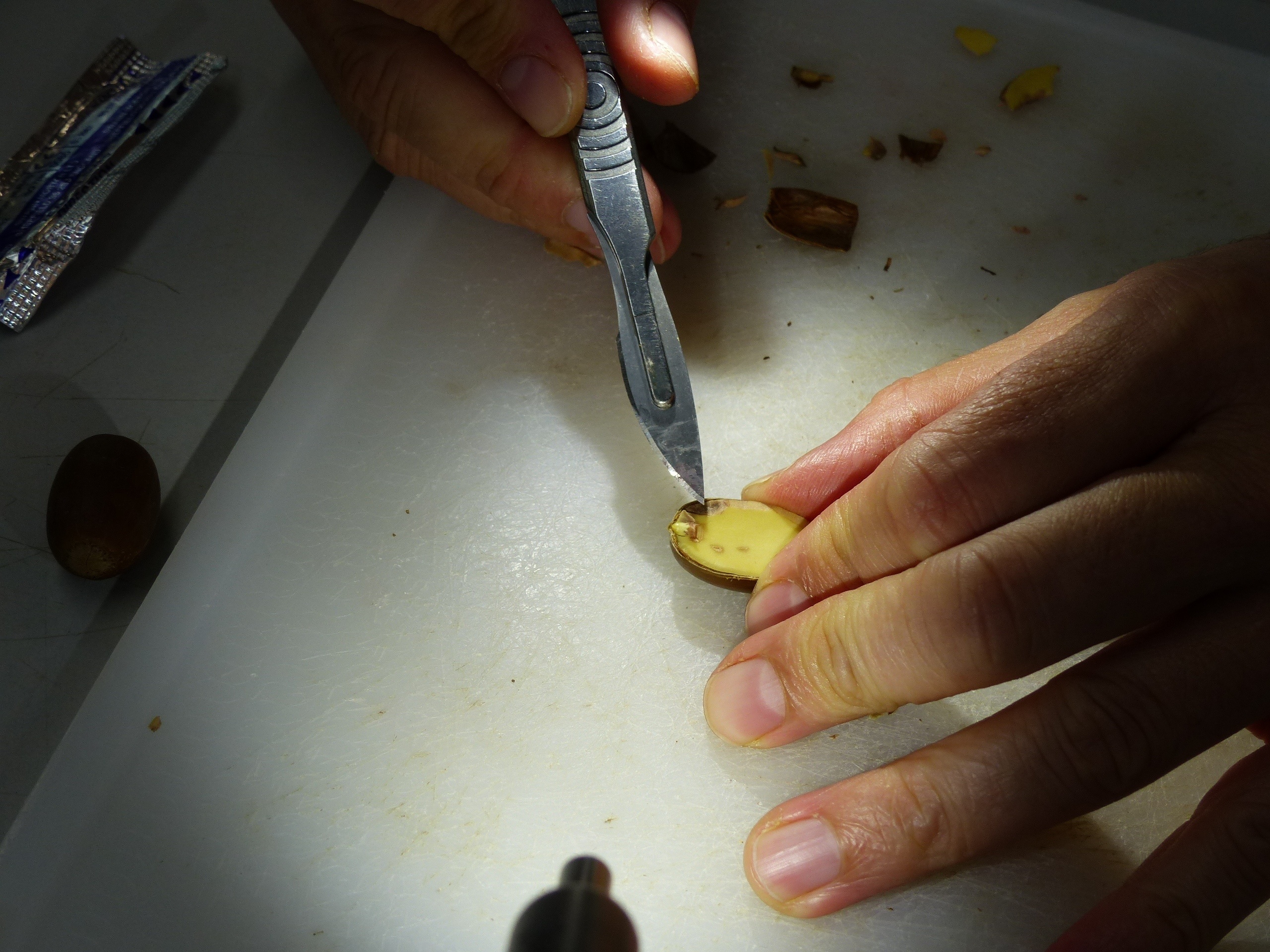 Extracting the embryo of a conker for cryopreseveration - Kew Gardens - see In pictures: Cryopreservation

The report itself is here: