Stephanie Pulford
“Let’s say tomorrow some crazy guy bombs America or poisons all your river or puts a lot of nuclear radiation out and all your livestock is poisoned.  What you will eat?”

“OK. Only vegetables?” Dr. Mironov asked incredulously.  Dr. Mironov is an assistant professor of cell biology at the Medical University of South Carolina, a founding member of New-harvest.org, and the tissue engineer responsible for creating edible in vitro chicken. Thanks to a series of PETA publicity stunts, his name has been inexorably linked to the animal rights movement and the neologism “schmeat”.  Yet he is not himself a vegetarian.  “I really want to eat normal meat and I want to make sarcomeres. So I am a troublemaker.” 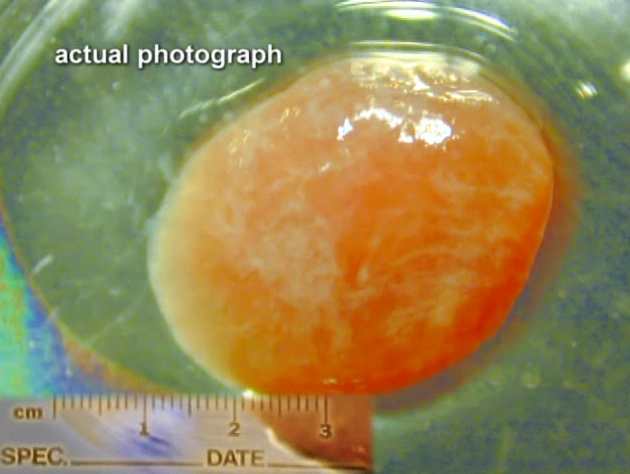 Dr. Mironov was referring to a Stalin quote-- Uncle Joe reportedly proclaimed that in every population, five percent are troublemakers.  This estimate could just as easily apply to vegetarians.  A 2006 Harris Interactive poll revealed 2.3% of Americans are strict vegetarians, and 6.3% don’t eat poultry.  Though an increasing number of products are being targeted at vegetarians, their lobbying tactics are often notoriously unpersuasive to omnivores. What prompted Dr. Mironov to throw his hat into the in vitro meat race? Had he seen Chicken Run too many times? Was he attempting to impress Pamela Anderson?

“The reason why I was involved was money.”  In 2002 NASA announced a grant for researching life-sustaining technology, particularly space food.  Dr. Mironov contacted them to ask if meat production was included. “They said yes, so we created a team.”  He joined with researchers who produced chitosan, polymers, and cell lines from edible animals. “And I was some kind of tissue engineer who put it all together.  Two million dollar grant, and NASA said no.” The money went instead to projects such as Purdue’s self-sustaining environment designs.  “So this was the end of the story!”

Not quite.  According to Mironov, an incendiary article in New Scientist suggested that if PETA really stood behind their tenets, they’d grow their own cells in a test tube and eat themselves.  Ever the provocateurs, PETA decided to put their money where their mouth is.  Dr. Mironov got a phone call from PETA reps who wanted to send him biopsies of human cells for culture.  “I said, I’ve got no license to do this.  I’ve got M.D., but it’s not American, it’s Russian-- and I don’t want to participate in high-tech cannibalism.”

But PETA kept pursuing in vitro meat.  They sent Dr. Mironov enough funding to publish in Tissue Engineering, which led to a round of publicity and the creation of the New Harvest website. 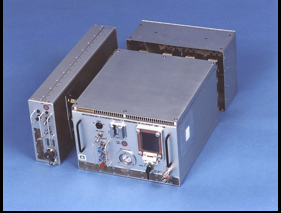 Last year PETA announced that they would award a million dollar prize for the first in vitro chicken that was indistinguishable from whole-animal meat and was competitively marketed in at least ten states.  “Which is unrealistic. To have a taste like natural meat you must have a live culture, and it is not scalable technology.”  Mironov’s prototype chicken meat is cultured using a benchtop bioreactor of only a few liters.  Industrial production would require the design of a low-shear bioreactor several stories high. “You’re talking about creating new industry.  So it’s not a million dollars.  Not even ten million dollars.”

Industrial and marketing problems create the bottleneck in laboratory meat creation.  The scientific technology is already in place.  Using techniques more familiar to regenerative medicine than food science, muscle progenitor cells can be grown on an edible polymer scaffold.  These are frequently microbeads of chitosan, a biopolymer found in mushrooms and crab shells, or collagen, a major component Jell-o as well as our own extracellular matrix.

Chitosan has a few fringe benefits.  It can be used as the polymer basis of a temperature-dependent hydrogel— microbeads of chitosan grow and shrink drastically with a small temperature change, permitting cyclic stretching of cells.  These cell “fitness centers”, as Dr. Mironov calls them, help the cells to develop correctly without the use of growth factors.  And chitosan absorbs fat.  “The beauty of mushrooms is this is fat-absorbing agent. So you can eat meat that is very fatty and very tasty, but because chitosan is not absorbed, it’ll go out.  If we combine tissue engineering with meat we can claim this is functional food.” 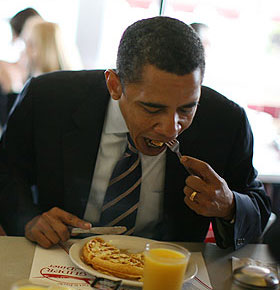 Dr. Mironov anticipates that the nutritional possibilities of in vitro meat will be key to finding an initial foothold in the market.  “Let’s say somebody give me ten million dollars for five years.  My first product will be some kind of waffle or food bar where I have sheets of chitosan.  And between them this mass of muscle tissue, and nuts on top.”  The nuts produce tryptophan, which in turn creates seratonin, which suppresses appetite. “We can put as much fat as possible, because it will not be absorbed.  It will be very tasty, it will reduce the appetite, and it will be very expensive.   Only for Hollywood celebrities who want to lose weight.” And as it became more popular, economy of scale would kick in. The process of creating tissue engineered meat products would plummet, making in vitro meat a reasonably affordable component of your taco casserole.

There is another reason to get schmeat to schmelebrities before us regular schmoes.  Food culture can be remarkably resistant to changes in dietary staples.  We’ll need the tastemakers to promote in vitro meat before it catches on. “Food is very conservative stuff, and to force people to eat something new—it’s a culture process. It must be proved.  It’s very difficult.  But America is probably most flexible in this case.  Not like French people.  America likes to try new stuff.”

Perhaps.  But a goal of in vitro meat is to make something that won’t seem new.   In its unprocessed state on a dish, in vitro meat looks decidedly alien.  Last week Steven Colbert remarked that Mironov’s in vitro chicken muscle looked like “an egg yolk made of blood”.

Though he is not legally allowed to taste the chicken culture himself, Dr. Mironov is quick to defend it. “I have natural cells, they create natural sarcomeric structural fibers.  And if they have the same biochemical composition— actin, myosin, all this stuff— it’s meat!”

“Everybody asks, ‘how will it taste?’  There are no such things as natural tastes in America. You have 30 companies in NJ which create artificial flavor.  So all American food is artificially flavored.  How do you want it to taste? You can design whatever you want.  So the question about taste is basically baseless.”

Though PETA has been the loudest proponent of in vitro meat, the animal rights activists may ultimately have little to do with the embrace of no-kill chicken.  Dr. Mironov thinks that constraints such as agriculturally viable space, the energy revolution, and sustainability will make lab-created meat an attractive alternative even if food culture is slow to embrace it.  “If you look at the density in Singapore and New York, and people start to use land to produce ethanol, where are you going to get food for the animals? It’s not sustainable!”

Mironov envisions a future in which families can pick up cell lines at the supermarket, pop them in a coffee-machine sized bioreactor at home, and have burgers the next day.  “When I say it’s the inevitable inescapable future, it’s just a question of time! So, when do we start to do this? When venture capital decides it’s the right time.  And they didn’t decide yet.”
Run and Tumble
More Articles All Articles
About