Project Calliope
"We're building a rocket.  We're building it bigger" -  Copenhagen Suborbital.
"We've got the biggest balls of them all" - AC/DC

I'll steal UniverseToday's summary, then tell you to skip reading everyone else's coverage of it (even mine): 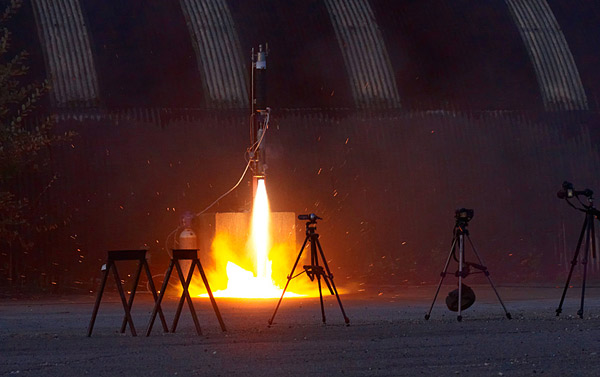 So drop everything and read the actual team's story on this SA thread.  You get dozens of pics and the entire week-by-week epic, from February 2004 to now, straight from the people doing it. 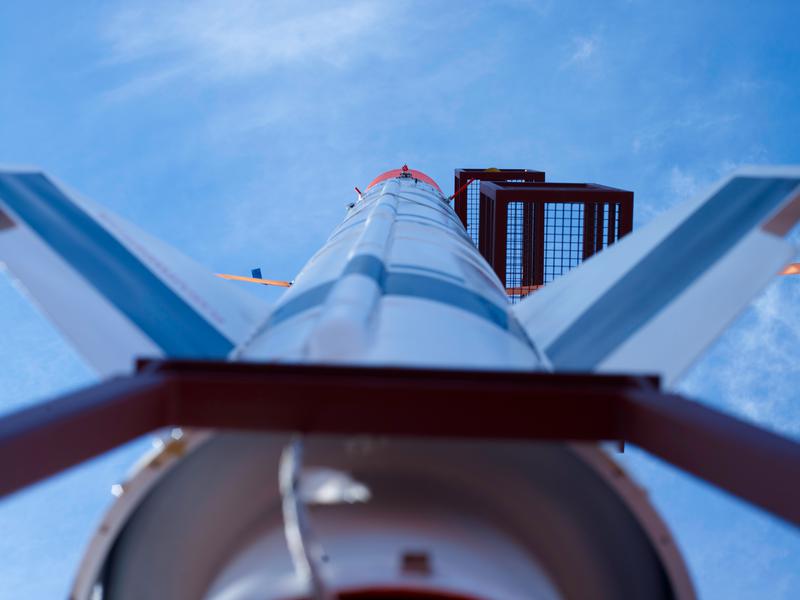 Why are you still here?  Okay, if you want 'context' or 'framing', rather than tons of pics and insight from the people actually doing it, fine.  There's a quote from the fictional Protagonist in Snow Crash, by Neal Stephenson:

Until a man is twenty-five, he still thinks, every so often, that under the right circumstances he could be the baddest motherfucker in the world. If I moved to a martial-arts monastery in China and studied real hard for ten years. If my family was wiped out by Colombian drug dealers and I swore myself to revenge. If I got a fatal disease, had one year to live, and devoted it to wiping out street crime. If I just dropped out and devoted my life to being bad. Hiro used to feel this way, too, but then he ran into Raven. In a way, this was liberating. He no longer has to worry about being the baddest motherfucker in the world. The position is taken.

Copenhagen Suborbitals says the same, in even fewer words.  In response to "You're sending a dude into space from a floating sea launch pad", they note:

I really don't know how to mention that we'll be towing the sea launch platform to location using our submarine without somehow coming across smug. Sorry.

The new space race just got even cooler.  We live in excellent times.

Satellite details on ProjectCalliope ('Music from Space', Launching Spring 2011)
Every Tuesday at The Satellite Diaries, every Friday at the Daytime Astronomer
Satellite Diaries
More Articles All Articles
About