Hank Campbell
Americans have new dietary guidelines and those state that half of our daily servings of grains should be whole grain, because whole grains are higher in fiber and lower in fat, etc.

5 percent of you will actually do that. Why the Federal government would diet shame 95 percent of America is a separate issue, perhaps they want to create an ideal for you to strive for, the same way supermodels are an ideal body image that women who read fashion magazine are supposed to strive for - you don't have to attain it, as long as you try - but that is not the point of this article.

Obviously people with celiac disease don't think about whole grains regardless of what the diet advice of the week is, because gluten is poison to them, but "gluten-free" has ballooned into a $5 billion diet craze all its own, with over 20 percent of Americans claiming to be worried about it, so even if gluten has zero impact on them physically, buying a nocebo makes them feel better and they are going to do it. Are they risking their health along with their dollars?

Not really. It turns out celiac patients know something about whole grains that most people do not - whole grains are not just wheat, rye and barley. They don't all have gluten. 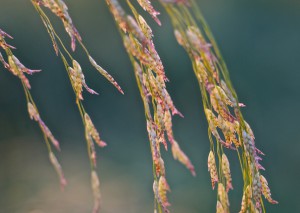 Thanks to Jennifer Nelson and Katherine Zeratsky on the Mayo Clinic blog site, I learned that there are five whole grains that are safe for celiac patients and those people who just prefer foods loaded with extra sugar, extra fat, hydroxypropyl methyl cellulose and xanthan gum that cost 240% more than regular food.(1)

I am going to list them to get a discussion going (so if you have used them, let me know what you think) but I have not eaten all of them. One of them sounds like it came from a D&D game and one is too anti-science hipster in its reputation for me to take seriously, and they are both actually pseudo-grains but they still make the list. One I had not heard of at all so I got a little smarter reading about it.

The good news - buckwheat is not related to wheat at all, despite the name, so my pancake consumption would be unaffected if I gave up gluten.

Other gluten-free whole grains are:

Millet (is that paleo too? It has been used forever), Amaranth (I retract my D&D derision, maybe I will make a hearty stew with it the next time I have the science nerds over for some tabletop sword and sorcery), quinoa (no - still hippies) and teff.

Teff is the other of these grains I had never heard of and that is probably because I do not live in Ethiopia, nor am I the kind of person who shops at Whole Foods for food shipped in on emissions-belching boats from Ethiopia.

But it uses Carbon 4 photosynthesis, which satisfies the biology nerd in me, and it was eaten by Abyssinians. So now I have to try it because I would feel like I was in a Conan novel.

(1) Things like oats and rice can also be gluten-free, but check the label.
Science 2.0
More Articles All Articles
About