Hank Campbell
If you want to have a good time, visit Spain.

It isn't just the tapas. They have bars. A lot of them.  The average is one bar for every 132 residents. For comparison, the US state with the most bars per capita is North Dakota - one for every 1,620 North Dakotans. The lowest region in Spain, Murcia, has one bar for every 531 people, three times as many bars as the booziest state in the US. (1)

And that's after 50,000 bars in Spain have closed due to the lousy economy.

So if you don't think North Dakotans party hard enough, Spain is the place to be. Extremadura has a bar for every 124 inhabitants but, overall, 64% of people believe bars are a fundamental aspect of Spanish culture.  And here I thought that was Zorro.

Of course, the unemployment in Spain is the highest in Europe so people have some time on their hands and can go to bars as long as Germany keeps writing checks. Or maybe all those bars cause the high unemployment - if you are in the funky correlation-causation arrow business that says GMOs cause cancer of that fracking causes...cancer again, it makes total sense.

The Coca Cola company compiled the data and TeInteresa.es shared the results (bonus: you can practice your Spanish with that article - you will need it in Spain). Why would Coke do that?  Unclear, but a smart company that sees 36% of people going to a bar multiple times per week - even in a bad economy - wants to know how to get more of them drinking Coke as part of their social fabric. And the way to do that is to understand those cultural hot buttons and 84% of those surveyed said they associate bars with fun, enjoyment or happiness.

Coke is still milking this imagery:

That will never sell product in a country where men think Penelope Cruz is kind of ugly. If you want some false modesty hilarity, the quote “I don’t think I am beautiful" gets 378 hits from female celebrities on that OK Magazine site. 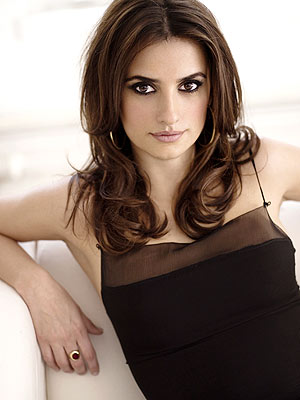 And price is unimportant. Only 14% of Spaniards said they cared about cost. Every business wants to read that also.

(1) I checked and California only allows a maximum of 1 bar for every 2,000 residents in a county. All of San Francisco wants to be Europe but we'll never get there as long as pesky progressives impose their moral majority on the rest of us and limit the places we can get sloshed.
Science 2.0
More Articles All Articles
About