Hank Campbell
Methane has 23X the short term warming impact of CO2 but, it was noted by environmentalists when they used to advocate for natural gas, methane is very short-lived and the amount released due to natural gas usage is negligible.

Yet now the Environmental Protection Agency is looking for ways to punish the booming natural gas industry and they are citing methane as a problem.

Well, it's election season and the last thing they want is recognition that the free market caused American CO2 emissions to plummet - back to mid-1990s levels (and the situation for coal miners is even worse, those emissions are back at 1980s levels) and none of it was due to the EPA or climate treaties, it was due to the work of a former wildcatter in Texas, George P. Mitchell, who found a way to use played out wells to get resources in a way that had not been considered viable by Big Oil.

Since then the industry he made successful - hydraulic fracturing - has taken off. Energy costs have remained low while greenhouse gas emissions are dropping, and that puts anti-science groups like Natural Resources Defense Council and the political groups funding their $100 million juggernaut on the defensive about the value of warm homes and lights. It's not just them, the left overall has abandoned policies they once championed, such as science and energy for the poor (TVA was part of Franklin D. Roosevelt's New Deal, after all) and now are firmly in favor of bans and high costs to reduce usage. That means paying a lot of money to lobbyists and lawyers, and their latest front in their War on the Poor may have paid off; the Obama administration is has picked an arbitrary cap for methane, 45 percent below 2012 by limiting methane from new facilities.

Meleah Geertsma, senior attorney at the Natural Resources Defense Council, is gushing about the prospect of more regulations. Because attorneys do science at NRDC. They have carefully framed the debate - $300 million in the bank means you can throw a lot of spin doctors at topics - by saying that methane is the second-largest polluter, without mentioning that it is so far behind CO2 as to be silly to over-regulate and that no legitimate studies have found a problem for the environment or people. Basically, since they can no longer claim power plants are the problem - emissions are dropping without the EPA or environmental groups - they are now saying the wells themselves are a concern. But it is literally a drop in the bucket.

If you want science policy dictated by attorneys and marketing and implemented by a group that just wrecked the environment in Colorado and now claim 'nature will fix it', this is the wrong site to be reading. But if you want nonsensical solutions to problems we don't really have, now you know some places to go. At least the new regulations are not as silly and expensive as the kind of thing environmentalists have advocated in the past: 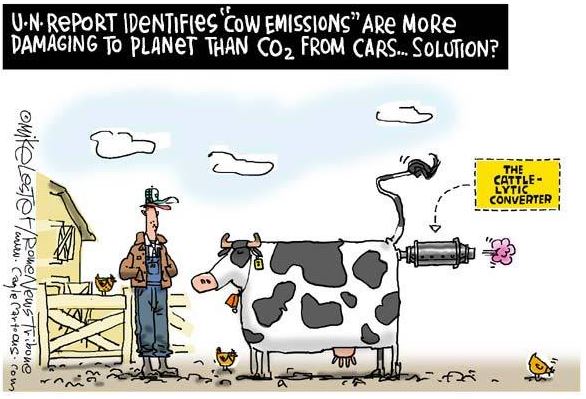