Noroviruses Could Soon Be Killed With A Hand-Held Cold Plasma Pistol
By Hank Campbell | January 31st 2015 06:00 AM | Print | E-mail 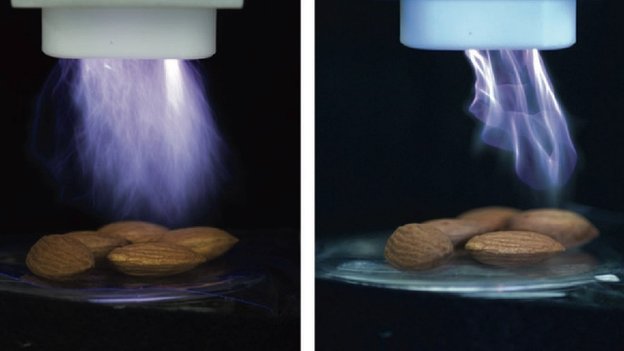 I am a firm believer that physics is the One Science To Rule Them All and can accomplish almost anything, but I had not predicted that the "fourth state of matter" - non-thermal plasma - could show immunology how it's done and kill off noroviruses, the most common cause of non-bacterial gastroenteritis around the world that gets fame far too often for making people sick on things like cruise ships.

Yet cold plasma can, writes Alex Berezow at the BBC. Researchers in Hannover have found that cold plasma treatment led to an incredible 20- to 50-fold reduction in the number of virus particles, by producing reactive nitrogen and oxygen species, the same things our body produces to fight off infections and are a natural part of the process of generating energy from mitochondria.

How? We actually produce our own internal bleach. That is all wonderful and natural but plasma ray-gun is a lot more fun to think about.