The PR Problem Of Instagram: Being More Than Pictures Of Bridesmaid Dresses
By Hank Campbell | April 23rd 2013 09:48 AM | Print | E-mail

Instagram, a popular photo-sharing application, is used by millions of people to show photos of their wedding cakes and pictures of themselves they took in the mirror with their cell phones.

Or maybe it has a much deeper level, if you look hard enough. And want to take advantage of its popularity and need to talk about something at a conference.

An IT group at the University of Gothenburg in Sweden goes second and third order to rationalize its benefits, saying a lot of effort often goes into a picture before it is shared.  Well, that's true, though nothing compared to the effort it took in, say, 1864 or 1942, when bullets were flying at photographers. We didn't see a lot of Swedish IT people doing "ethnographic field studies" of how people took pictures during World War II.

What did they do instead of getting shot at?  They watched how visitors at the Gothenburg Museum of Natural History used their cellphones during a visit. Let's be honest, that is a lot smarter than visiting a war zone to do research on how people take pictures.

They say their work is unique, no one had examined the connection between Instagram and museums before. That's true, since Instagram is relatively new, sociologists have not yet managed to dupe the National Science Foundation into funding 'studies' of it, American taxpayers are still writing out checks for studies of Farmville and Everquest. (1)

And they learned just what you already knew; the pictures were planned and even edited. Revolutionary!

"There is a conception that Instagram is used to post mostly of self-portraits and pictures of food, which can be perceived as shallow, but our research shows that there is a lot effort behind many of the pictures," said PhD Student Beata Jungselius in their statement.

Rhianna on Instagram, most famous for proving that love can conquer domestic abuse and now proving what northern European IT people found in their ethnographic field studies; most photos are staged and planned and edited before posting. Who knew???

They say their work also indicates that smart phones have changed the way we share our experiences. Not here. No one can read more than about 50 words on a smart phone and I can't even order lunch in under 1,000 so we're still using boring old text and not hammering you to share this article with someone else whether you read it or not. But if a picture is worth a thousand words, maybe I should just take a photo of myself and save all the effort of writing and creating the perfect metaphor for science. 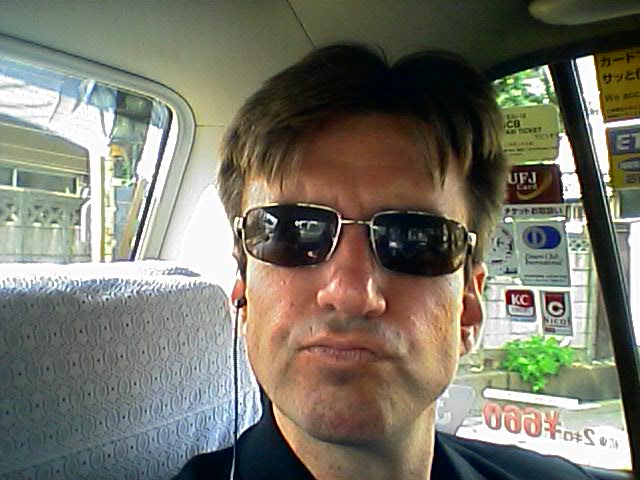 This photo is 5 years old, so add 5 years of wrinkles and the general face melting that occurs with age. But I couldn't take an Instagram picture because I didn't download their app.

I'm no dummy, I want to catch the wave. If you want to follow Science 2.0 on Instagram, click here. The problem you will find? No pictures. It is built to be an app and that means you can only upload from a device using their app.  I've been married forever so I am not taking wedding cake photos and thus needn't be bothered to install an app on a phone just to use a social sharing site for a blog post.

Or I think Instagram is just a fad because I still have a Friendster account and am convinced that one will bounce back.

Their paper, "Instagram at the museum - Communicating the museum experience through social photo sharing", will be presented at the The ACM SIGCHI Conference on Human Factors in Computing Systems this week.

(1) Queue the line of people, inside science and out, who are worried about the slippery slope of criticizing anyone funding anything and who will defend 'studies' of Farmville and political science. Relax, people, I am not calling up Sen. Tom Coburn to investigate, the Swedes can do whatever they want with their money.