Hank Campbell
Progressives love to get celebrity endorsements for their beliefs, and for good reason; while the right is stuck with Clint Eastwood wandering around unintelligibly - and he disagrees with about half their platform - the other side's famous true believers are all thin and pretty and stay on message. No independent thinking like Dirty Harry and if you have a crackpot, anti-science belief, some left-wing celebrity does too.

Courtesy of Katie Couric, we get Sheryl Crow doing for cell phones what Jenny McCarthy did for autism; namely, working people dumb enough to watch Katie Couric into a frenzy about their iPhones.  She suspects that her brain tumor was caused by her phone.

"There are no doctors that will confirm that," Crow, 50, said Monday while appearing on the premiere of "Katie", the new syndicated talk from Couric. "[But] I do have the theory that it's possible that it's related to that. I [used to spend] hours on the old archaic cell phones." 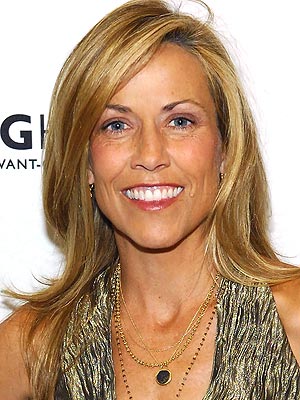 Want to look like this at 50?  It isn't genetics or wealth, it's organic food.  Link: People.

That brain tumor was benign.  Unfortunately, Crow's take on science is much less so.

Nope, there she was singing at the Democratic National Convention in 2008. Once again it is not a Republican spouting anti-science, hysterical nonsense despite what we get told by corporate science media twice per week.

Since her claim was on television, it must be true, so if you are worried about brain cancer from your cell phone and got here via search, you are in luck - I did the research on how to offset the risk. At Forbes, Crow shared her Anti-Cancer Diet Secrets. She says walnuts prevent breast cancer, and pomegranate juice prevents all kinds of cancer.  Organic chicken somehow gets included too.

Okay, Sheryl Crow has a few advantages that we common plebians don't have; namely a personal chef who can also ghost-write a cookbook for her. Otherwise, she is just like you, so if you want to stay cancer free, eat organic. And get your assistant to answer your cell phone.