Hank Campbell
Humanitarian research at the International Rice Research Institute (IRRI) is geared toward various projects, among them saving millions of children from death and blindness due to Vitamin A deficiency.

One obvious solution is the well-documented Golden Rice, a free technology created by scientists to provide more Vitamin A in poor countries with a rice-based diet. Before that can be done, every new GM crop must undergo thorough testing to make sure no harmful effects arise during cultivation or after consumption.  That's obviously a good idea and IRRI and the Philippine Department of Agriculture were doing just that, but activists preying on the lack of knowledge by farmers worked with them into a frenzy and they wrecked test crops last week.

The farmers are clearly in the wrong, though it is hard to blame them. Like any number of Americans, they have been exploited by agenda-based detractors of science who demand infinite testing and then ruin the tests to make sure their world view dominates.

What's so terrible about Golden Rice anyway?  Despite shrill nonsense invoking Monsanto, that is no reason to object to it, the scientists who created it made it public domain and Monsanto doesn't own it. Golden Rice simply has two added genes that produce beta carotene, it is basically a bowl of vitamin-enriched rice and it is going to be available free of charge. It's no Big Science project. 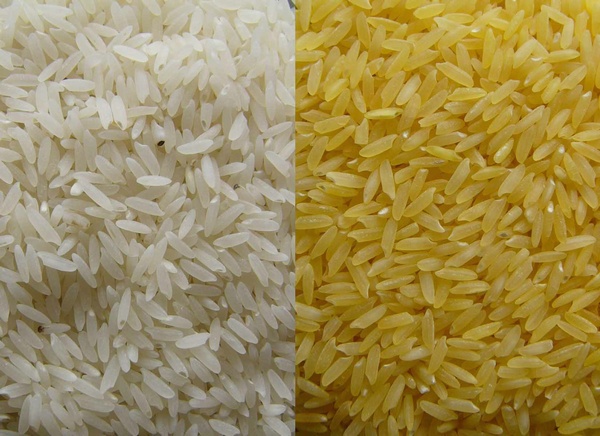 Yes, it is a different color and better for children. Don't let that scare you. Credit and link: Golden Rice Project

Scientists have created a petition for people to sign, objecting to militant attempts to suppress science and save lives.

Want to put an end to opposing science using rumor and unjustified fear campaigns that exploit people who are not capable of understanding the issues?  Sign the petition.