Hank Campbell
Science, outside some in the climate community (*), is anti-authoritarian.   There is no voting to create a consensus in science, no appeals to authority - science is vulnerable every single day of the year, to experiments, to revisions and to complete debunking by new generations of scientists who, like gun-slingers in the Old West, want to make their name taking down the big guys.

Great thinkers like Einstein and Aristotle have been slain by the scientific method so it can happen to anyone - and that power is what made freedom possible, according to Timothy Ferris, emeritus professor at the University of California, Berkeley, former editor of Rolling Stone magazine, and book author.

That's right, you have science to thank for freedom, he claims.  The American Revolution?  Scientists and fans of science, he says.  Other countries with freedom, like England and Holland,  were leaders in science while 20th century Communist states, like the USSR and China, were spectacular failures.   If you have any sense of history you will put up a hand and note that Germany was hardly a liberal democracy yet had science success.  True, acknowledges Ferris, but Germany benefited from earlier humanistic values and freedom to conduct science in a collaborative way.

It's not to say that scientists should be running the government - nothing was more ridiculous than a list of Nobel prizer winners endorsing a Democrat (surprise!) for President - or that governing is a science, but rather that the qualities that make great science possible make great societies possible.

He's right.   In a prehistoric tribe that relied on hunting for its food, an Al Gore faced with rising population and thus less wild game would talk about mitigation and rationing and regression - scientists instead created domesticated livestock and agriculture and made progress possible.  That is not to say there is any evidence at all scientists running the government would make any less of a mess of things.

Writing in The Science of Liberty: Democracy, Reason, and the Laws of Nature

(at fine retailers everywhere, though we get a nickel or something if you use that link) he makes his case.  First, modern politicos have to accept some old-school definitions of terms without the modern goofiness that happens when progressives actually want society to go backwards and conservatives think small government only applies to porkbarrel projects a Democrat likes - the word in question is 'liberal'.   There are some scientists who think science should concede some words to the opposition, like 'Darwinism', and others want to take words back.  One of those words is 'liberal' and Ferris uses it in the Latin 'freedom' sense.   My degree is from an older university and the college was Liberal Arts&Sciences and it had nothing at all to do with forced organic food zones or a right to an abortion in the 39th week of pregnancy.   He uses the phrase liberal democracy ... well ... liberally throughout the book.   To him it is non-partisan and its very nature causes it to reject absolutes, be they religious demagogues or rationalist ones.

Like a snowflake smashed into two dimensions, he says, letting progressives have a monopoly on the word 'liberal' is a real disservice and bless 'im for that.  So he must be a conservative, right?  Not to my knowledge.   He wrote for "Rolling Stone", after all, and I think P.J. O'Rourke was the only conservative they ever had, and only by necessity when Ronald Reagan took the country by storm.   He just likes words to have known meanings so we can all communicate a little better - and he wants a good word back where it belongs.  He is a big fan of precise thinking and the freedom it brings.  Freedom, he says, is efficient, and that is why scientists embrace it.

Like us, he also believes that non-science people are smarter than they are often given credit for, including by scientists.   Ask a random scientist how many jelly beans are in a jar and he is unlikely to be correct but ask an auditorium full of random people off the street and the mean value of their answers will be eerily accurate.  Why are people so smart?   The benefits of a liberal education, of course.

And that science heritage is so ingrained in American culture we barely notice.   On July 4th, 1776, while the most important act of the Continental Congress was in progress, Thomas Jefferson noted the temperature on four separate occasions.   The document they were signing, the Declaration of Independence, contained the words "self-evident" - a science term if ever there was one.  He contrasts that with the French Revolution, a resounding failure because it was grounded in philosophy rather than science. 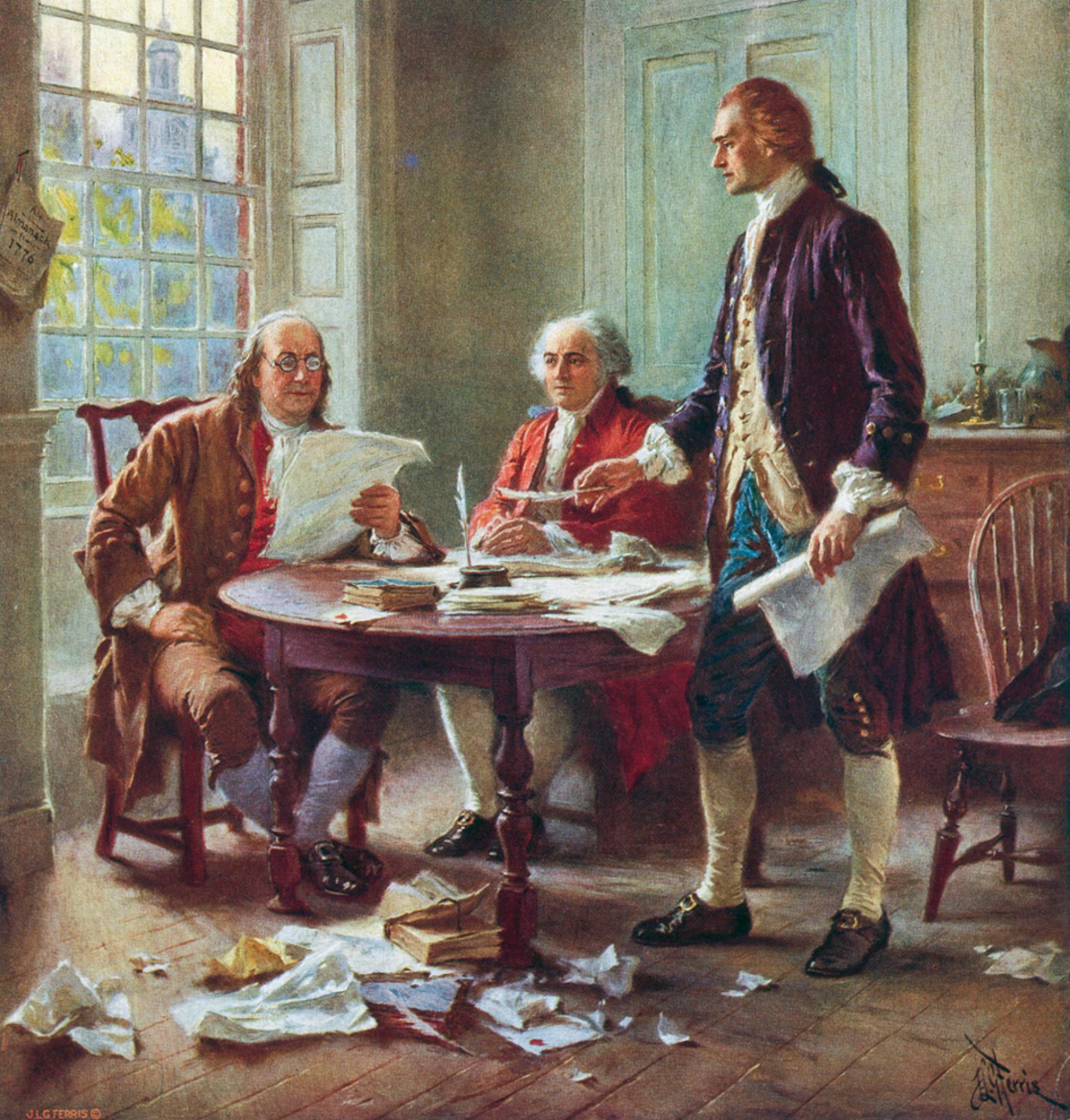 Health?  Thank science.  Technology?  Science.   Even economics, in the soft science sense, has benefited from the liberalism of a free market - it's enough to make modern liberals reach for an organic oxygen mask, but of course Ferris is right.   The biggest state disaster of the last decade, California so rigorously regulating energy de-regulation that power companies and consumers were much worse off in the early 2000s and got stuck with rolling blackouts because power companies were forbidden to sign contracts or change rates, and the biggest federal fiasco, a de-regulated mortgage system that regulated who mortgage companies could not refuse to lend to and caused a boom in low-end housing prices because everyone got loans guaranteed by the government, are perfect examples of where a science mindset would have been better for us all - namely, deregulate or not but don't pretend you can micromanage liberalism and have it go well.

And he doesn't turn the guns on just politicians.   Totalitarian antiscientists - postmodernists - get socked squarely in the jaw for their belief that science is one of many 'truth games' along with the fascist left in academia (confusing to modern liberals because 'fascists' are always someone else but they really exist!) who persevere to this day.  Yes, an emeritus professor at Berkeley saying these things about the left.  It gives us all hope for the future.(**)

Anti-science, anti-evolution religious types?   Almost exclusively American he notes, even among all the world's (albeit few) liberal democracies.    Islamic fundamentalists in the Middle East?  He has a liberal-scientific diagnosis for you too.  It's downright invigorating as long as, in true Bertrand Russell fashion, you introduce no contradictions into his closed system.  And for a solid night of reading science history and perspective I was willing to do just that. Maybe you will be too.

His take-home message is that science is invariant in all those scenarios.   Since the scientific method is practiced the same way everywhere, the benefits of a scientific society can only be granted everywhere.   Science and liberalism, again in the classical 'freedom' sense, have "an unequalled capacity for doing good" and that's a sentiment I couldn't agree with more.

(*) Astronomy has fallen prey to this silliness as well, as those in the Pluto debate made so plain, but bold statements don't always make the same sense with multiple examples, so one goes into a footnote.

(**) As does invoking my favorite shape, the triangle, for political views, instead of that messy left-right business we get in America.  I have made a whole career on triangles, I can make anything a triangle and have, including politics. It is essentially perfect for every need.
Science 2.0
More Articles All Articles
About