Hank Campbell
Men are becoming more effeminate. That is not news. If you watched the ESA's Rosetta mission arrive at Comet P67 you saw a tattoo-covered fellow talk about engineering and he looked manly, but two days later he was crying during a press conference because his bowling shirt had offended women on Twitter.

The signs of feminization are not just present in large, bearded men crying because online bullies don't like their clothes. They are also present in decreased anogenital distance - the distance from the anus to the penis, in men, according to recent research. Yes, the distance between the anus and penis has shortened but that is not the only issue. The sperm of Danish men has also gotten worse. Only 23 percent of young Danish army recruits had optimal sperm quality, according to a 2012 finding.

They check that in the Danish army? Wow, I really was in the military in a different century. 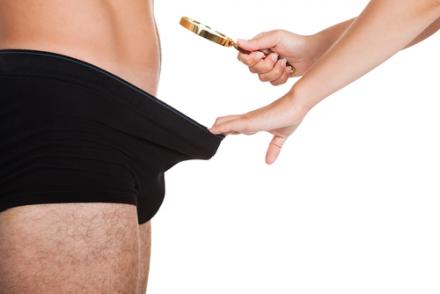 If my anogenital distance is shorter than previous generations, you can bet I will write a letter to Congress. Wait, how will I know? Credit: Shutterstock via Science Nordic

Most of the time these kinds of epidemiological claims slide right into mainstream media news because they are shocking/hilarious/scary. Taking a snapshot of science in such fashion isn't really accurate - you won't see a paper that starts 'When compared to the distance between the anus and penis of subjects in 1914...' for an obvious reason; men in 1914 would have shot you right in the face for touching those unless you were a hooker.

Maybe it's another sign of feminization that Danish soldiers are letting doctors measure their anogenital distance without objection. That's no way to win a World War.

Professor Niels E. Skakkebaek, adjunct professor in testicular dysgenesis syndrome (TDS) and endocrine disruptors at University of Copenhagen and senior researcher at the Department of Growth and Reproduction at The Juliane Marie Centre, Rigshospitalet, told Niels Ebdrup at Science Nordic they can't be absolutely sure it is endocrine disruptors because it's an obvious human rights violation to sabotage human embryos, but they triangulate on problems with feminization using rats. In one study, 33 artificial substances mimicked the effect of calmodulin-dependent protein kinase II (Ca2+), which has been linked to various memory diseases but causes little sperms to start wagging their tails when they reach an egg. If the sperm are disrupted - the tail starts wagging early - they are out of gas before they reach home plate.

It wasn't one specific substance that caused the problem, it was only evident after a cocktail of dozens, but people are exposed to dozens, they note.

These kinds of findings have been criticized in the past because studies making claims about phthalates and harm didn't actually show an adverse effect. The babies in the linked paper were normal, plus anogenital distance is not really a measure of androgen action in humans anyway. But advocates of the endocrine disruption link respond that "absence of evidence of an effect in infancy does not preclude serious adverse effects in later life" - which applies to almost anything when you think about it. Epigenetic papers have also said that males get more endocrine disruption when their mothers smoke cigarettes than if they smoke cigarettes themselves - and epidemiology can claim that living near a farm or buying organic food causes autism. 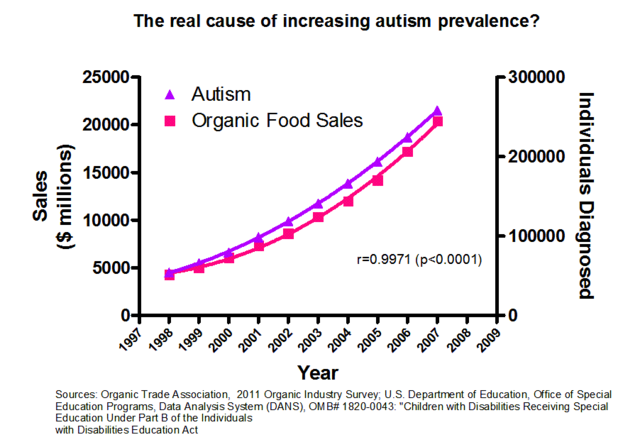 When nothing is actually measured and it just takes two matching curves to imply causation, writing papers is easy.

What should men do to stay manly, just in case? Well, forget what you read about suntan lotion. UV filters in sunscreens were shown to have the biggest impact on endocrine disruption so go commando when you're outside once in a while. Your grandfather never used that stuff, he probably used tanning oil at the beach instead, and he killed the Nazis that overran the Danish army in 6 hours.
Science 2.0
More Articles All Articles
About