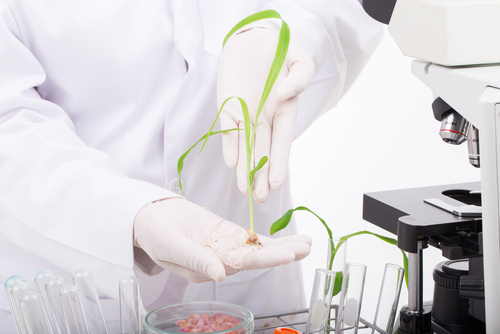 It's not like Russia has been taken over by Greenpeace and suddenly hates science, they were just accused of "a shocking and unprecedented attack on the integrity of sport and on the Olympic Games" after a report showed they operated a state-sponsored doping program during the 2014 Sochi Winter Games. They clearly love science for competitive advantage, so much they have defaulted to their old USSR stereotype of cheating in sports, so why wouldn't they love science when it comes to feeding their people?

They have always hated the idea of genetically optimized food, but for different reasons than Greenpeace, and more like the reasons that European farmers don't want Africans using science; blocking it maintains control. GMO hysteria has been promoted by wealthy farming conglomerates in Russia, who already have a terrific and profitable monopoly. If suddenly people in poor farming regions can produce crops in abundance, that is bad for wealthy elites. This was the same rationale for countries like Scotland and, like Scotland, Russia is saying there is no demand because people don't want Frankenfood.

In capitalism, this problem takes care of itself: Some maverick outsider would enter the market and overturn the food barons, but in socialist states like Russia and Scotland, the bureaucracy is used as a weapon. Russia never came right out and say they wanted to make sure their friends stay in control of farming companies, they instead pleaded they didn't have a government mechanism to approve GMOs. Now, with efforts on to ask why, 20 years later, no one had actually created a committee to create an approval bureaucracy, they just decided to ditch the pretense and ban the science. But not really ban all of it, just in the marketplace. They don't need to ban scientific research, for example, because who is going to spend the money to do research when the end product can never be used? No one. And companies already importing GMO feed are grandfathered in, but even they are now under control. If that importer steps out of line, the government can summon a hand-picked epidemiologist who can declare they have placed health at risk and the feed will be automatically banned.

The language is as clever as any organic lobbying group getting funding from BASF would draft - they ban "modified genetics through the application of gene-engineering methods and which contain gene-engineering material that cannot be introduced as a result of natural (spontaneous) processes." So blasting a seed with radiation, as in mutagenesis, will still be allowed, because that is what legacy groups under the organic umbrella use, yet future science like RNAi will be banned because the definition is so broad.

The fines range from nominal ($150) to high (about $8,000) but the fine amount is unimportant. It's the Siberian gulag that is the real threat. There is a reason Russian billionaires who see their favor in decline defect to Europe and buy football teams.