Because I am also scientifically awesome, people have a lot of questions, so I thought I would answer them here.

Q:  How are you able to kill regular people from 100 yards away by being totally sweet?

I'm not the first person to kill someone from a hundred yards away by being totally sweet but because people didn't always believe in ninjas, they invented stories instead.    An early Greek ninja, Archimedes, flipped out and killed a whole bunch of Romans in Syracuse but he didn't want them to know he was a ninja so he quickly invented a death ray and set their ships on fire.

In 2004 those poseurs at Mythbusters tried to rat out Archimedes by saying that couldn't have happened but fellow ninja David Wallace, an MIT mechanical engineering professor, busted the Mythbusters and showed how it worked. 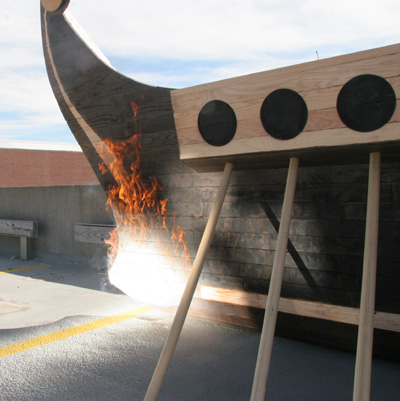 Q:  How long have ninjas been around?

Ninjas were the first mammals.   Ninjas also brought the baby Jesus a gift of ninja stars, a guitar and a hot babe.   We've been around a long time.

Q: Have you ever been in space?

Yes, that is why there is no life out there now.   But we brought back the Ninja Babes From Space.

Q: You call yourself Science Ninja but only talk about physics and biology.  Are there no chemistry Ninjas?

No, we don't trust the Periodic Table.  We only believe in the element of surprise.

Q:  Is it true Newton was a ninja?

Sure, you didn't think we'd let that prick Robert Hooke be one of us, did you?

Q:  If ninjas are so tough, why couldn't you stop the Kennedy assassination?

We did and one of us took three bullets in the chest but then JFK's head exploded in sheer amazement.

Q:  Did ninjas cause Chernobyl?

No, those were Pirates.  Or Ninja Cheerleaders.

Q:  Can I buy ninja gear and be as cool as you?

We made ninja toilet paper this one time but it wouldn't take sh*t from anybody.  But people try to use our ninja name for their own gain.  Check out this hobo:


But when I flipped the sign around, it said, 'Actually I will just use the money for pot and hookers' so at least he was honest.


I hope this answers all of your April Fools day questions about the science of ninjutsu.    See you next year.

As a young science ninja, I witnessed my Edgar Renteria bobble-head doll being dunked in agar by a biologist who thought that was sooooo funny. ...