Groundbreaking - and heartwarmingly unessential - research done by University of Central Florida physics professor Costas Efthimiou has attempted to confirm what a generation of suicide girls has always feared - that vampires do not exist.

Now, I am okay with there being no vampires, though I think the world would be poorer without that cinema classic, Jesus Christ Vampire Hunter.

And, without vampires, I would not be able to spend 4 seconds scouring the internet and find pictures like this:

So we can't just let someone claim they have wiped out a millenium of folklore by doing simple ( very simple ) math. First, let's deal with the premise behind his numbers. Professor Efthimiou's research assumes that each vampire bite results in another vampire being created. People, if there's one thing I know, it's vampires ( and Thai transvestites, but hey, that is a post for another time ) and I need only point you to the definitive work on the matter, Buffy The Vampire Slayer

, to state unequivocally that vampires don't always create more vampires. They only create vampires out of people they really like, or who have waistlines like Vampira: 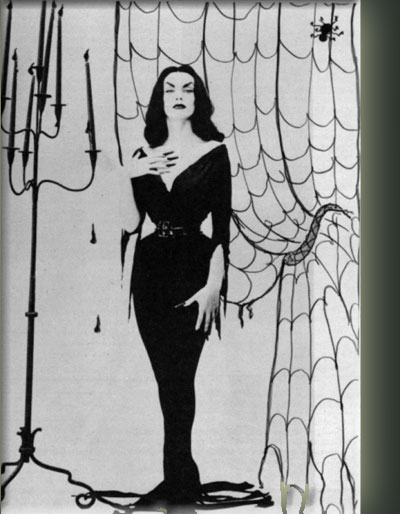 Yes, she looks as all women should look; like a sexy, zombie skeleton.

Additionally, back in 2000, in the British series Ultraviolet,

it was clarified that vampires wouldn't feed themselves to extinction any more than we would keep on killing buffalo until they were almost gone.

This was on TV, people. If you can't believe what you see on TV, I can't reason with you.

Professor Efthimiou's simple and surprisingly jingoistic math and logic errors mean that there is still at least some statistical chance that vampires could exist. However, there is also some statistical chance I am a Chinese jet pilot. Yet, since the chance exists that vampires are roaming the earth, it can't hurt to have a vampire slayer handy. Everyone goes for Buffy. I'd rather have a little Faith.