Hardik Panchal
You all  have heard of leap year..But leap second ? Might be a new term for a few of you … 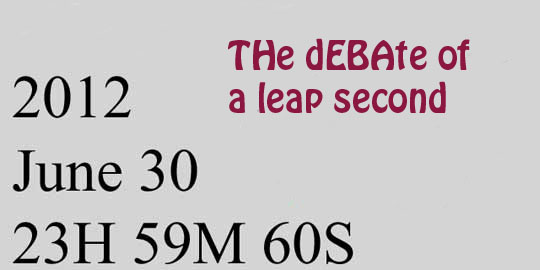 What is the history?

The entire time keeping community has engaged in a debate on whether to flush the leap second or to carry on with the present system of time calculation.  Leap seconds were introduced in 1972 for the first time and since then, till 2012 around 25 leap seconds are added to the systems.


What exactly is a leap second ?

So an integral number of 1 second is added to the system. Generally it means to stop the clock for a second. The last leap second was introduced on June 30, 2012. Insertion of each UTC leap second is usually decided about six months in advance by the International Earth Rotation and Reference Systems Service (IERS).

The irregularity and unpredictability of UTC leap seconds is problematic for several areas, especially computing. A number of organizations reported computer problems following the June 30, 2012, leap second. Among the sites which reported problems were reddit, Mozzila, and Qantas Airlines (via Wired.com). Previously, many other software companies reported in the newspapers about the crash of their systems due to leap seconds.

Technology experts say that precision of time is necessary and so is the introduction of leap seconds. But critics argue that if leap seconds are causing havoc in computer systems then there is no need to introduce it regularly. The idea is even of converting this leap second into a leap hour. Arguments against the proposal include the unknown expense of such a major change and the fact that universal time will no longer correspond to mean solar time.

So when this will be discussed?

Scientists gathered in an assembly on January 2012 , but no decision was taken regarding dumping of a leap second. Instead, now in 2015 , the time giants will meet again and discuss this issue and vote on it. Well it is also necessary that debate ends and scientists find solution on a common ground sitting with technology giants and listening to their genuine problems.

According to media reports, leap second ‘bug’ has created a havoc in the Internet and networking community as several sites reported crashing of their systems. These crashing needs time to recover and system might get affected from 4-6 hours.

Several blogs like google has set up an instructions page that how should the administrators deal with leap second issue.

We hope the timekeepers will find the solution soon!!!
Scientific Explorers
More Articles All Articles
About

I am a science writer and a research analyst from India. Love to write about recent issues related to public policy making in science and environment...