Maybe this is a sign that I've become cynical, but when I first read that peptides found in squid skin can slow aging, lower blood pressure, activate neurons, and reduce memory loss, I was like pshaw, right!

More recently, Petslady sent me her article on the subject, suggesting I might want to blog about it. I added it to my list, thinking, yeah, maybe someday I'll blog again about how ridiculous this is . . . but then I started scouring the peer-reviewed literature, and behold! Real live science backs it up (kind of).

Not only that, but the squid skin in these studies belonged to my old friend, the Humboldt squid. (Makes sense--Humboldts support the biggest squid fishery in the world, so they're going to provide the bulk of the byproduct.)

As it turns out, certain extracts from Humboldt squid skin are excellent antioxidants. That means they slurp up free radicals, those anarchic unpaired electrons that can cause havoc in your cells by oxidizing everything in sight. According to one study* by Niranjan Rajapakse and colleagues,

Even though the exact molecular mechanism for scavenging of free radicals was unclear, unusually high hydrophobic amino acid composition (more than 75%) of giant squid muscle peptides was presumed to be involved in the observed activities.

Anyway, this is what they're saying: squid skin contains a lot of amino acids, like leucine and alanine, that don't play well with water. That's because water is polar, and likes to interact with other polar things. Hydrophobic amino acids are decidedly nonpolar. I'm not sure why hydrophobia** makes for a good antioxidant, and apparently these authors aren't either, but hey! That's for the next grant.

"Antioxidant" is one of those health buzzwords you hear all the time; sometimes it seems like antioxidants are a cure for everything. (I believe the fancy word for that is "panacea.") The Wikipedia antioxidant page is very skeptical-sounding, and has a lot of impressive links to back up the skepticism.

In any case, this is the origin of all the health claims for squid skin: it's an antioxidant, therefore it must be able to work all the anti-aging magic attributed to other antioxidants.

* I could only read the abstract, because the full article is behind a paywall. But check it out, I could have rented it, for the low low price of $3.99! 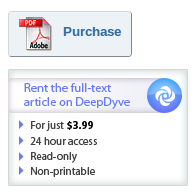 Of course, it can only be viewed for 24 hours and it can't be downloaded or printed. (Dear ScienceDirect: Have you ever heard of screenshots?) I'm flabbergasted, but I don't think I can match Michael Eisen for articulate rage:

CUP arbitrarily decided how much it would cost for people to “own” a copy of an article. They set this price ridiculously high. Nobody is buying. So instead of cutting the price to something sane (like free) they offer a ridiculous “no print, no save” 24 hour options and herald it as an awesome discount. It would be funny if it weren’t so repulsive.

** Technically, this should be hydrophobicity. But hydrophobia is more amusing.