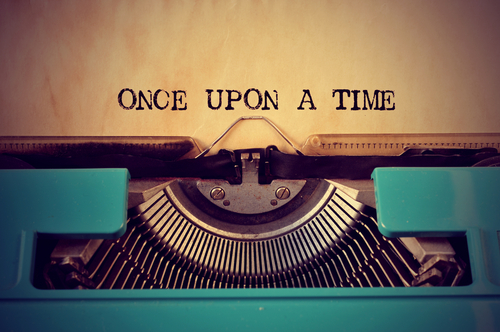 In an essay for The New York Times, (September 28, 2002) Joseph Epstein wrote: "According to a recent survey, 81 percent of Americans feel they have a book in them -- and that they should write it. As the author of 14 books, with a 15th to be published next spring, I'd like to use this space to do what I can to discourage them."

Christopher Hitchens had a similar sentiment: “Everybody does have a book in them, but in most cases that's where it should stay.”

Despite that advice, I decided to write a book, a novel, and I’m here to recommend the exercise. I have been active in research for many years, and all that time a question has been niggling in the back of my mind, inspired by the discovery of a mutation in the FOXP2 gene that seemed to accompany the emergence of Homo sapiens from other primates 200,000 years ago. Could a similar mutation emerge in today's human genome and somehow give rise to a dominant new species? With the powerful methods now available in cell and molecular biology, it might even be possible to engineer a discontinuity in human evolution in a single generation, rather than the usual million years.

So I wanted to use a fictional narrative to see how that might play out. I would call the mutant gene FOXP5, fictional of course, yet at least plausible. Thus the inspiration, but the hard work lay ahead. I needed a co-author.

Now I need to tell you about Wallace Kaufman. Wallace and I were friends and roommates at Duke University. After we graduated in 1961, Wallace went on to Oxford as a Marshall Scholar, earned an M.Litt., then returned to become a member of the faculty at UNC-Chapel Hill for nine years. I took my Ph.D. at Ohio State University in biochemistry followed by post-doctoral research at UC Berkeley. We didn't see each other again for many years, but kept in touch sufficiently to know where we were in our careers. Wallace left academia, dividing his time between writing and consulting on land usage and property valuation, including a stint with the U.S. Agency for International Development in Kazakhstan. I became a faculty member at UC Davis in 1967, then moved to UC Santa Cruz in 1994.

In 2001, I attended the 40th reunion of our Duke class of 1961 and had time to visit Wallace at the owner-built home he wrote about in his memoir, Coming Out of the Woods. He was in the process of selling the house and surrounding acreage, planning to move to Oregon where he now resides in a secluded home just outside Newport. Three years ago, while relaxing during the Christmas holidays, it occurred to me that with Wallace nearby if might be interesting to see if a former English professor would enjoy co-authoring a novel that explores what it would be like to be the sole example of the next human species. Something like this had been done earlier by Olaf Stapleton in his book Odd John, but that was written nearly a century ago. An updated version of the concept seemed timely.

Wallace was agreeable and eager to write fiction again. He had written short stories for literary magazines as well as Redbook and Mademoiselle, but nothing book length. We both had a lot of experience writing multiple non-fiction books. The idea was that I would provide the science background and Wallace would provide literary value. We began to toss ideas back and forth by email. We built plot, characters, and locations on our personal experiences.

Because of Wallace's extensive work in Kazakhstan, we decided to set much of the plot there. From my experience as a working scientist we also developed the character of Professor Michelle Murphy, a molecular geneticist at the University of Oregon whose research specialty is development of the nervous system. From both our experiences adopting children, mine from Russia, Wallace from Kazakhstan, we decided that Michelle would adopt an infant daughter from a Kazakhstani orphanage, and this would turn out to be the mutant child featured in the narrative.

It was my job to add the scientific foundation of the novel. This began in the first chapter with Michelle lecturing to an audience of students and faculty about the discovery of a human bone in an Ethiopian dig. When a sample of DNA extracted from the bone is analyzed, it has the human FOXP2 gene, so the bone is the first direct evidence that our ancestors were roaming Africa nearly 200,000 years ago. The second chapter continues the story by going back in time and describing the life of Ma, the first primate with the FOXP2 mutation who was the first member of the human species.

In the third chapter, Michelle is visited by a CIA agent and learns that she will soon be invited to give a lecture at an international meeting in Astana, the new capital of Khazakhstan. The agent tells her that her host will be Arman Akenov, a brilliant Khazakh geneticist who is cloning race horses. During the Soviet era he worked with the biological warfare lab on an island in Kazakhstan’s Aral Sea. He recently ordered SV 40, a virus known to cause cancerous transformation of human cells, and the agent is concerned that Akenov may be developing a biological warfare weapon. He asks Michelle to report back if she sees anything that might be relevant. She agrees to do this, accepts the invitation and travels to Astana with her adopted daughter. Michelle gives her lecture, but when she tries to return home she is told at the airport that the adoption was illegal and her daughter must remain in Kazakhstan until the legal problem is straightened out.

The rest of the book tells how Michelle finally rescues her daughter. Without giving too much away, it involves her ability to design a viral vector that can deliver the FOXP5 gene to the neurons of the cerebral cortex in a human brain. As you might imagine, this is likely to be very dangerous. The ethical questions of creating a trans-human are labyrinthine.

There is a happy ending, both for the book and for its authors. Springer is a Swiss publisher with thousands of books in print, mostly dealing with scientific topics but also including a small section called Science and Fiction where The Hunt for FOXP5 has been published. Last month Wallace and I enjoyed seeing our book advertised as a paperback at Amazon, already with a couple of five star reviews. Another positive review was published on the website of a knowledgeable science blogger. Even better, my brother said he liked it and my daughter came in and gave me an unexpected hug when she finished reading the final prepublication draft.

Wallace and I positively enjoyed the give and take of being co-authors. The most interesting thing about the writing process is how the characters began to come alive in our heads in unpredictable ways, and the surprising twists that emerged spontaneously in the narrative, So, if you are among the 81% of Americans who are thinking about writing a book, go ahead and get started, it will give your brain a workout, and you and your audience will discover things in there you never imagined.