Ed Chen
On Tuesday, September 11th, 2012, I will make the attacks of 2001 a political issue.  For almost 10 years, these attacks have been used by Republicans as a political issue, justifying everything from conspicuous consumption to the Two War Economy of stopping (inflaming) Global Terrorism. 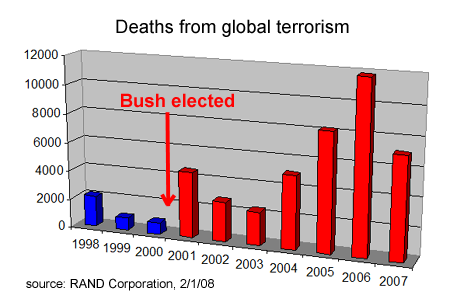 Off the top of my head, I can think of politicians such as Sarah Palin, George Bush, Rudy Giulliani, talk show hosts such as Glen Beck, and more recently a moral spate between local "Progressive" Democrats, "Independent" Democrats, and some of the handful of local NY Republicans over the Park West Mosque.  It has been used by Pastors to justify burning Korans, by Clerics to justify Jihad, and by Bureaucrats to justify Deficit spending and torture -- I mean advanced interrogation. 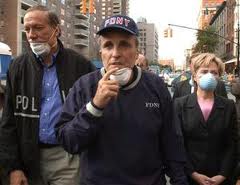 Perhaps the only fair political claims regarding 9/11 have been those filed by the first responders, who actually did suffer directly and irreversibly, not because of the foolish decisions taken after 9/11 to prevent terrorism, but because of their dedication to public service, and heroism in the face of catastrophe. Yet, the Republicans who opposed this bill could not spare a mere $7.4 billion dollars, a tiny proportion of the cost of wars both parties enthusiastically sponsored after the attacks.  However the funding which did come to lower Manhattan after 9/11, by and far, was also distributed in a politically motivated manner by the local political establishment in Downtown Manhattan.  This politicization of 9/11 has caused a grave injustice to the largest residential population in Lower Manhattan, a mere 10 blocks from ground zero, who have suffered more direct harm than anyone else, while also receiving less aid and less funds spent than any other political issue related to 9/11.  This is the state of representation in our great democracy -- where those who are actually attacked are by and large ignored by the local and national political and media junta, while those removed from the murderous events of 9/11 by thousands of miles, made decisions concerning the welfare of those attacked, and twisted the events to serve their own purposes. 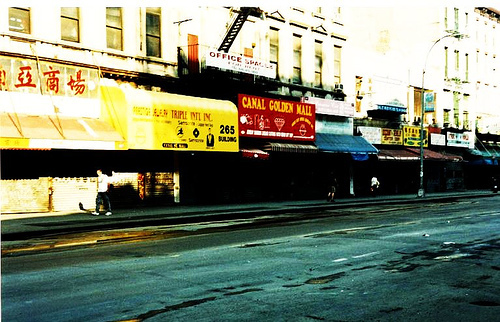 On September 11th, 2012, the residents of Chinatown will be called out to remember the unequal treatment they have suffered for 11 years since 9/11.  They will never forget the 60%-100% loss in  business revenue which occurred after the attacks, or the livelihoods lost and unaided, while recovery funds flowed to the troughs of Big Banks and well-connected Real Estate Developers.  They will never forget the closure of Park Row by the police department 2 years after the attack, which forced even more businesses to close, and low wage garment and restaurant workers to lose their jobs and only foothold in the US.  They will not forget how FEMA rejected 70% of the claims after the attacks.  In the Lower East Side and Chinatown, a mere .845% received mortgage and rental assistance, while over 32% in Tribeca received such aid.  While the LMDC distributed $150 million in aid under the Job Creation and Retention Program, $130 million were given to big businesses which by and large were not at risk for failure.  American Express -- among the neediest after 9/11 -- received $25 million alone, more than all of Chinatown combined!  Chinatown businesses received only 11% of LMDC funds, and averaged $7000 a piece in one time payments despite  the major losses suffered by the garment sector in Chinatown, on the order of $500 million.

Asthma rates for children in the district are the highest in the state, with City reports acknowledging that child respiratory function "may be" lower than the surrounding population due to the chemicals released after 9/11. 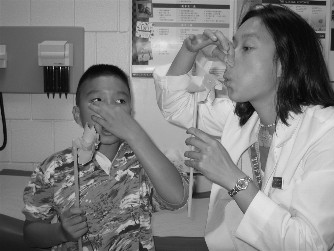 They will never forget the Asthma rates which could have been mitigated by the passing of congestion pricing by the so-called representative of Chinatown, though that bill was killed by the representative of Chinatown, who also happens to be the Speaker of the NY Assembly.  They can never forget  the tragic deaths from cancer, asthma, and heart disease which the residents have suffered since the attacks -- deaths which cost the residents, who were largely uninsured, and are still largely uninsured, their wives, husbands, children, savings, futures and dreams.

On September 11th, 2012, one of the few peoples who were actually directly attacked by terrorism, the people who lived 10 blocks away from Ground Zero, will remember the attacks of September 11th, and the response by the Local, State, and Federal government for what it was -- another political sham, and one which has come back to haunt the whole of America with the concurrent financial, military, and political crises.  They will not idly hope for "change," or wait for legislators to justify laws for their own benefit.  This time, they will speak out with their votes and toss the bums out of office, one by one. 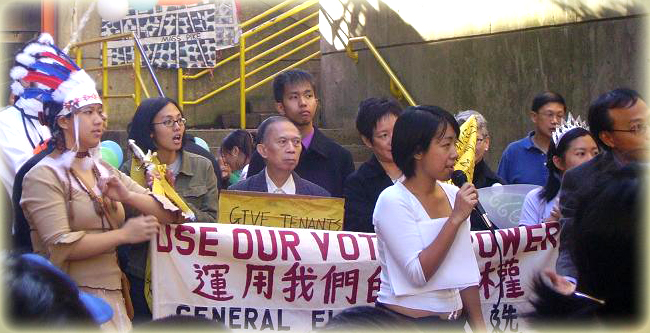