In case anyone has missed my many articles on the topic of global warming-induced climate change: I am totally convinced that humans have been causing global warming to an ever-increasing extent since we discovered the use of fire1.  I am also totally convinced that global warming has caused the global climate to change from the average conditions prevailing over thousands of years.  A change from the average is bad because it is making seasonal weather conditions less predictable for farming, fishing and food production generally.

The truth isn't just out there, it's in here.

So I am happy to hear that President-elect Trump and Senator Jim Inhoff say that their having an open mind on global warming depends on how much it costs.

Gentlemen!  The truth costs nothing!

No!  Don't mention it.  In the words of the great Andrew Martin, "One is happy to be of service". 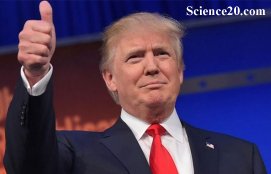 From the transcript of Trump's 'open mind' interview.

JAMES BENNET, editorial page editor: When you say an open mind, you mean you’re just not sure whether human activity causes climate change? Do you think human activity is or isn’t connected? 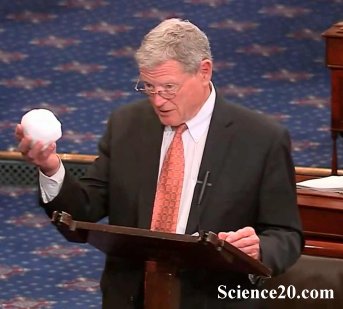 At the TPPF’s third annual energy and climate policy summit earlier this month, Senator Jim Inhofe, who once took a snowball into the Senate as evidence against global warming, was one of two keynote speakers.

“I assumed that was probably right until I found out about the cost,” he said.

1  - The burning of wood by early humans likely had negligible effect on global climate.  However, the burning of peat, the burning of trees to clear land and other non-renewable use of fire started the rising trend in atmospheric CO2 which continues to this day.

Charcoal evidence suggests monotonic increases of biomass burning from the last glacial maximum (about 21,000 years BP) up to the start of the agricultural stage (about 10,000 year BP; figure 3), and this trend is linked to climatic warming and the expansion of terrestrial vegetation as a result of the waning of ice sheets (Power et al. 2008).

Source: BioScience: A Burning Story: The Role of Fire in the History of Life

2 - No charge is based in the idea that people should quite simply help each other, not for profit but as a matter of duty, ethics, common decency, religious values or whatever.


.
The Chatter Box
More Articles All Articles
About