Ada Lovelace And Others Inspire Women In STEM, But We Must Make Careers Worth Their While
By The Conversation | October 14th 2014 04:59 PM | Print | E-mail 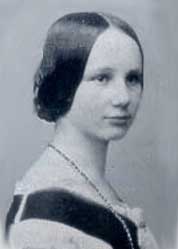 By Jan Bogg, University of Liverpool

Throughout the year there are special days that see newsagents fill with celebratory cards. Perhaps punched cards would be more appropriate for Ada Lovelace Day, which marks both the mathematical prowess of the woman dubbed the “first computer programmer” and the cultural barriers she faced – those women in science and technical fields still face today.

The woman known as Ada Lovelace was born Ada Gordon in 1815, the only daughter of Lord Byron, the famous poet and Romantic who left when she was just a month old. Her mother ensured that Lovelace studied mathematics and logic (perhaps as an antidote to her father’s literary leanings) and she took to it very well, while also writing a novel aged 12.

As an adult Lovelace worked with her friend, the mathematician Charles Babbage, and significantly contributed to the development of Babbage’s Analytical Engine, regarded as the first computer – more than 150 years before the birth of modern computer science. Sadly she died aged just 36, her enormous potential largely unfulfilled.

What about women and technology today? The National Skills Academy for IT, e-skills UK, note in their latest report that women consistently achieve higher grades than men in IT-related subjects, but make up only 16% of IT and telecoms professionals. This may change: 135,000 schoolgirls have participated in e-skills UK’s Computer Clubs for Girls, and 88% of those involved said they were now more likely to consider further education or careers in technology as a result.

A recently published survey shows concerns over the skills being taught. Of 5,000 UK residents aged 12 and up, three-quarters of those among the 12-17 age group felt that although digital technologies would provide job opportunities, they may not be equipped with the relevant skills to make the most of these opportunities. And it is girls especially that need such opportunities to be highlighted as realistic and rewarding, career choices.

However the number of women working in the field has fallen marginally this year, from 17% to 16% e-skills UK. This is yet another warning that women working in IT and technology are not happy – why? There are many reasons that we know are frequently cited: the cultural messages girls receive about science careers, gender stereotypes, the working environment, and pay.

Let’s consider pay: for women in IT roles, pay has been consistently below that of male IT specialists, and e-skills UK reports that the median gross weekly rate of pay for women IT specialists is 16% less (around £120) than the comparison figure for men working in IT roles (at £760).

Research suggests women are also less likely than men to ask for a pay a raise, more reluctant to ask for promotion, and less likely to apply for more senior roles unless they think they meet all the role criteria. Men by contrast are more likely to apply regardless. So the recent comments by Microsoft’s CEO about “trusting in karma” to get a pay rise caused considerable backlash (a good indicator of what women think of the matter). Such comments fail to take into account the consistent disparity experienced by women working in technology.

Great things have been and continue to be achieved by women in tech, but to recruit, retain and promote women in the sector we need to level the playing field, and pay is a good place to start.

Women are making strides across many professions and areas. The first all-women team in ten years just set sail on the Volvo Ocean Race, regarded as the toughest race in professional sailing. The race runs over nine months across almost 40,000 nautical miles. There have been four other female teams in the history of the race, but this is the first team with the funding and training to be serious contenders.

Those women working in science and technology would be glad of such a vote of confidence and support.

Jan Bogg, Senior lecturer at the University of Liverpool, has received EU research funding for her work on women in science and works nationally with the Athena SWAN Charter on recognizing commitment to advancing women's careers in science, technology, engineering, maths and medicine (STEMM) employment in higher education and research.