After The Trans Mountain Court Ruling, Is The Canadian Energy Sector Doomed?
By The Conversation | September 1st 2018 11:35 AM | Print | E-mail

The Federal Court of Appeal decision that halted construction on the Trans Mountain Pipeline expansion has thrown Canada into a tizzy.

While British Columbia First Nations and environmentalists are celebrating a rare court victory on this project, industry representatives, trade unions and many other First Nations who supported the expansion feel the decision is a nightmarish intervention in plans that were many years in the making.

The court found major shortcomings in Canada’s consultation processes, but it has also delayed and maybe overturned what was perhaps the most extensive and comprehensive engagement process in Canadian history.

Advocates for the Canadian oil and gas industry — and there are many Canadians with a major stake in the continued success of this vital sector — can legitimately wonder if there is any real opportunity to deliver this highly valuable product to international markets.

If the answer is no, there will be economic and governance hell to pay. The minority of British Columbians who favour a truly hard stop on the pipelines have found a way to impose their will on an entire country.

After this ruling, is there a future for the Canadian oil and gas industry? Yes, but the path forward is complicated. 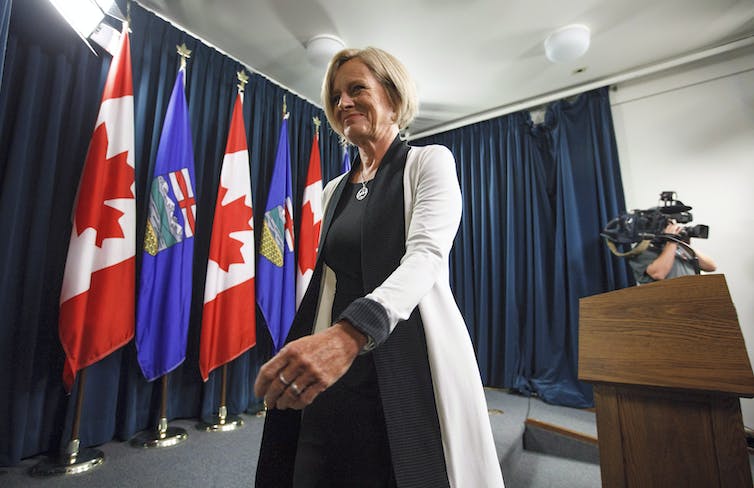 Alberta Premier Rachel Notley leaves a news conference in Edmonton after announcing she was pulling her province out of the federal climate change plan as a result of a court ruling that has halted construction of the Trans Mountain pipeline extension. THE CANADIAN PRESS/Jason Franson

The country already has some of the world’s highest standards for energy exploration, development and shipment. Closing or slowing Canadian exports will have little or no impact on world consumption because current and potential customers have many viable other sources of supply.

A less attractive place to invest

Canada’s major advantage in the oil sector has traditionally been the quality of its administrative and legal processes and the security of Canadian deliveries. Over the last few years, however, Canada’s energy has started to look like a much less attractive investment — despite major progress on securing Indigenous involvement in the industry and the adoption of higher environmental standards.

A major part of the problem is that opponents are intractable. Environmentalists motivated by the extreme position on climate change are determined to keep Canadian oil and gas in the ground.

They are joined by West Coast First Nations who prioritize the ecological safety of their traditional territories — something almost any group, Indigenous or otherwise, in Canada would do. (Public pressure in Mississauga and Oakville prompted the Liberal government in Ontario to cancel controversial gas plants a week before the 2011 election – and the cancellation costs eventually totalled $1 billion.)

Neither group is going to back down and they will use every legal method — and some extra-legal — to stop the pipelines and related shipping.

The situation is much more complicated than the standard portrayal of the oil industry versus environmentalists and First Nations. The requirement for consultation works both ways.

In the Far North, the governments of Nunavut and the Northwest Territories are still upset about the Trudeau government’s unilateral moratorium on Arctic oil and gas.

If the coastal First Nations in British Columbia argue they were not consulted properly on a decision to proceed with a major project, what would the legal status be for Arctic peoples and governments who were not consulted at all about the closure of a major economic opportunity?

There are also First Nations in northern British Columbia who were not consulted before the federal government’s announcement of a moratorium on coastal oil tanker traffic. What happens if these dissatisfied Indigenous groups used this moment of federal vulnerability to launch legal actions against Ottawa?

Clearly, the federal government has a consultation problem. 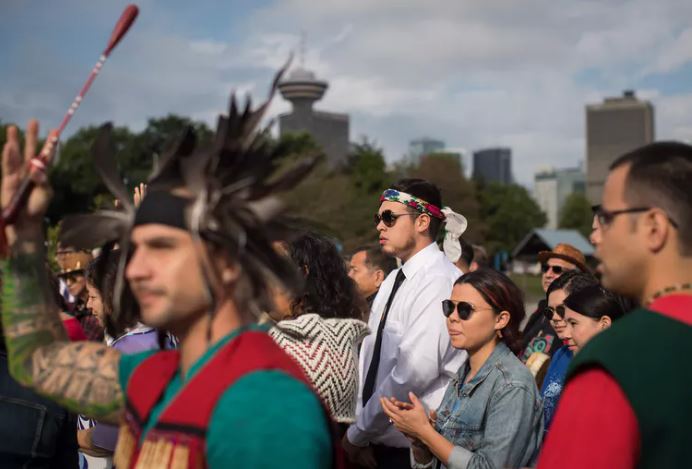 The Federal Court of Appeal ruling that halted plans to expand the Trans Mountain pipeline said Indigenous groups along the coast of British Columbia were not properly consulted. Here a group of people opposed to the pipeline listen as First Nations leaders respond to the ruling at a Vancouver news conference. THE CANADIAN PRESS/Darryl Dyck

The courts say it did not not consult properly with the coast First Nations and environmentalists in British Columbia. It is not hard to imagine what the courts would say about major resource decisions — in this case to stop potential development activity — that were made with no consultation at all. The decision not to permit development is every bit as much a resource decision as the determination to proceed with a project.

So, for those who feel the Trans Mountain ruling means the end of resource development in Canada, everyone needs to take a big, deep breath.

Hundreds of resource projects are proceeding today with Indigenous support and engagement. Many Indigenous groups favour careful and well planned oil and gas and pipeline development. Companies and governments have worked successfully with many Indigenous communities to negotiate agreements.

The country has encountered a major and perhaps intractable barrier along the coast of British Columbia. But there are other options that could see resource development occur and could, even, see the enhanced flow of Canadian oil and gas to international markets.

The use of trucking and rail can be expanded and the Energy East pipline could be revived. There are impressive Indigenous-led proposals for new pipelines, the potential Indigenous ownership of Trans Mountain pipelines and more radical suggestions for shipping bitumen to the Far North.

The courts have made it clear, once again, that Indigenous communities and other Canadians have to be consulted on major resource projects. We need to figure how to do this better, faster and more effectively