After Years Of Abusing The Limits Of Free Speech, Abu Hamza Gets Life In Prison
By The Conversation | January 10th 2015 01:00 PM | Print | E-mail 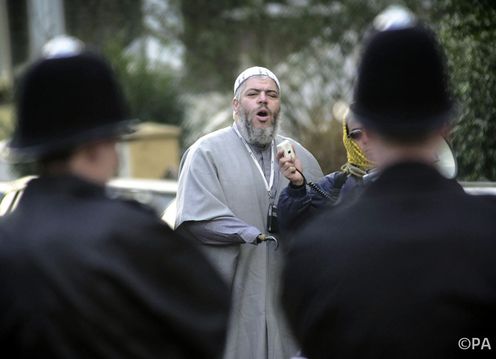 Abu Hamza has been sentenced to life in a US prison, after being found guilty of 11 charges of terrorism and kidnapping. The ruling was handed down as events unfolded in France, once again putting his role in inspiring jihadist sympathizers in the spotlight.

British security services have alleged that Cherif Kouachi, one of the Charlie Hebdo accused, was mentored by Djamel Beghal who himself had been based at Hamza’s Finsbury Park Mosque in London.

This association will undoubtedly be investigated over the coming months, as the authorities seek to uncover the motivations and paths that the Charlie Hebdo killers followed to their murderous conclusions. But there is another link between the awful events taking place in Paris and Hamza’s sentencing in a New York courtroom: the apparent dangers of free speech.

There is a vast difference between satirizing religious figures and preaching a hate-filled ideology, but as Hamza showed for many years, rights to freedom of speech can protect both.

Before his arrest on terrorism charges, Hamza was Britain’s most high-profile hate preacher. From his base at Finsbury Park Mosque, he delivered sermons in support of Osama Bin Laden, calling for jihad in the Middle East; these rants inspired at least one of the 7/7 bombers. He was finally barred from the Mosque in 2003, but that did not stop him from preaching outside its gates until his arrest the following year.

This highlights a thorny problem – should we restrict certain kinds of speech? One response is that freedom of expression is a core right, enjoyed by all citizens of Western democracies and which no other ideology or religion should alter.

The irony is that this view is asserted with the same non-negotiability as many of the religious beliefs often positioned as its polar opposite. The outcry over the publication of the Satanic Verses, for example, saw many Muslims lined up against some defenders of free speech, each coalescing around clashing non-negotiable ideals.

In their matched zeal, it can be possible to see both sides as containing fundamentalists.

My research has shown that non-negotiable, even sacred, ideas can be found at the heart of secular liberalism as much as in religious beliefs. Where we see a difference in the case of Abu Hamza is in the effects of these non-negotiable ideas.

For example, one suggestion following the response to the Paris shootings is a campaign to force the BBC to drop its sensitivities to reporting on the Prophet Muhammad, and indeed on reporting on religion in general, a change which could lead to unnecessary offense and hurt being caused.

The views advanced by proponents of unfettered freedom of speech have not caused the kind of murder and carnage unleashed in the offices of Charlie Hebdo. However, and very importantly, nor have the beliefs of the vast majority of Muslims who also hold the idea of the prophet to be sacred.

Causing consequences and being to blame for them are two very different things; the murdered cartoonists of Charlie Hebdo are not to blame for their own deaths. How one chooses to react to hurt and offense is what makes someone legally and morally culpable – but it doesn’t necessarily follow that we should always exercise our right to offend.

It is of course possible for people holding conflicting non-negotiable beliefs to live together peacefully. While we don’t know the beliefs of Ahmed Merabet – the Muslim policeman who was killed at the scene of the Charlie Hebdo attack – he is already being held up as an example of this in action. He was a Muslim who served in a country that seeks to uphold the right to free speech.

Abu Hamza will spend his life behind bars, and rightly so – even if the constant expression of his odious ideas wasn’t enough to put him there for many years.

Ideas about freedom of speech might not be hateful like Hamza’s, but they are often similarly non-negotiable. In the emotional aftermath of the attack on Charlie Hebdo, we must make sure that they are not used to force decisions which undermine the pluralist and largely peaceful society we live in. This may mean being sensitive to other’s beliefs, even when they conflict with our own.

Matthew Francis, Senior Research Associate, Department of Politics, Philosophy and Religion at Lancaster University, receives funding from the RCUK Global Uncertainties programme, he also received funding from the University of California, Berkeley, for some of the research featured in this article. He is the Editor of RadicalisationResearch.org.