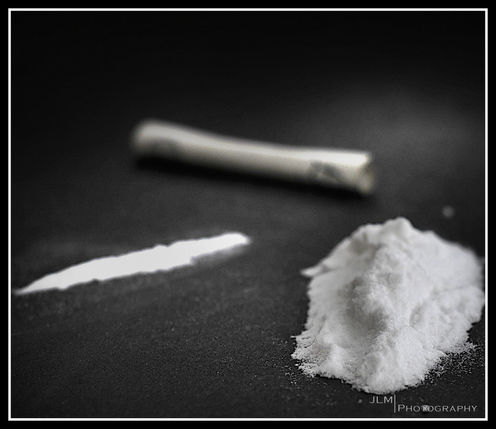 There’s a widespread public perception that substance use is rife among Australian athletes. Whenever I tell people I research substance use among athletes, the most common response is: “They’re all on it.”

But that perception is not backed up by the facts. Amid the headlines about cocaine in football, it’s worth looking at what research has revealed about drugs and elite athletes in Australian and overseas.

What the official drug testers have found

ASADA’s figures show that there were a range of offences in a range of sports related to a range of substances. Of the 20 cases that had been concluded, nine came from the stimulants category – though none of those were cocaine.

A few years ago I looked at all the ASADA reports from 2000/01 to 2011/12 to try to work out roughly what athletes were being caught using.

Collating the data suggested that substances falling into the anabolic agents category represented the highest number of anti-doping rule violations, with fluctuations across the years.

This isn’t a precise measure, and there are a number of reasons for this finding. For instance, targeted testing or law enforcement operations may influence who is tested and when.

Cocaine is banned in-competition only, unlike the anabolic agents that are banned both in- and out-of-competition. The drug testers clearly have more chance of catching people using substances that are banned at all times, rather than just on game day.

So if you relied solely on the official drug-testing data, then you might think Australian athletes don’t use cocaine at all.

But let’s not be naïve.

Many of us have heard the stories about the lengths athletes go to beat the system. For instance, we hear about athletes timing their substance use so that it has cleared their body on match day. We know of athletes who have admitted to substance use, yet who never provided a positive sample.

While the official statistics don’t tell us much about cocaine use, overseas research has long indicated that there is more to the story.

Drugs use among top English footballers

A decade ago, researchers got the support of the Professional Footballers' Association to investigate drug use in English professional football (soccer), including what legal vitamin and minerals the players used, who they asked advice for before trying supplements, and what they knew about banned performance-enhancing and recreational drug use in the sport.

Reply-paid questionnaires were sent to all the players' homes, and nearly 25% of them (706) came back. Recreational drug use proved to be widespread: 45% of the respondents indicated that they knew another player who used recreational drugs, versus just 6% who knew other players who used performance-enhancing drugs.

But until a few years ago, there were no comparable surveys like that here in Australia.

Cocaine and other drugs in Australian sport

Our study of recreational drug use among elite athletes was published in the international journal Addictive Behaviours in 2012. It was the first of its kind in Australia, and was funded by the Australian government’s Department of Health and Ageing.

Between July 2008 to April 2010, we compiled 1,684 confidential, anonymous responses from elite athletes, who answered questions on whether they had used any of six illicit drugs: ecstasy, cannabis, cocaine, meth/amphetamine, ketamine and GHB.

We also compared substance use among the athletes in our survey aged 20-29 years (which is considered the “at-risk” group) with drug use in the same age group among the wider Australian population, using the 2007 National Drug Strategy Household Survey results.

We found that 6.7% of athletes we surveyed had used cocaine at some point in their life, compared to 11.9% of the wider Australian population.

That gap narrowed when you asked about whether people had used drugs in the past year: among our group of 20-29 year olds, 4% said yes, compared to 5.1% of people the same age in the general population.

The obvious limitation to our study was that we had to rely on people telling the truth about their drug use. But those general population figures from the National Drug Strategy Household Survey rely on self-reporting too, so it is reasonable to compare the two.

Who is mostly likely to use drugs?

Our study found the strongest predictors of an elite athlete using any illicit drug in the past year were:

While those findings might seem a bit obvious, they do provide some food for thought about which of our athletes are most at risk.

If you’re a full-time male athlete, who knows other athletes using drugs and you have the opportunity to use drugs, then you’re at a greater risk.

Many of the sporting codes in Australia where athletes make good money have implemented welfare programs designed to keep their athletes as occupied as possible when they’re not competing. Giving them a purpose other than just competing in their sport makes them a well-rounded person and helps them transition to life after sport.

We also need to remember that not all our athletes are drowning in money. Many elite athletes work two jobs, or have family and study commitments. And most don’t earn the money to be regularly buying drugs like cocaine, which costs between A$300 and A$350 per gram, depending on where you live.

I don’t think the latest allegations about some footballers means we should assume cocaine use is rife in sport. Equally, we shouldn’t kid ourselves that some elite athletes won’t use cocaine sometimes, along with other drugs.

Yes, some sporting stars do take drugs; they have told us as much. But contrary to many people’s assumptions, the evidence indicates that our elite athletes are not “on it” as much as other Australians.

By Matthew Dunn, Senior Lecturer in Public Health at Deakin University. Dunn received funding from the Australian Government Department of Health and Ageing to conduct a study into recreational substance use among elite athletes. This article was originally published on The Conversation. Read the original article.