Australia Has Proposed A Bill To Protect Farmers From Activist Attacks - Will It Help?
By The Conversation | July 29th 2019 03:00 AM | Print | E-mail

The Morrison government has introduced new legislation responding to recent protests by animal rights activists in Australia. The bill –named The Criminal Code Amendment (Agricultural Protection) Bill 2019 – will tighten up existing laws, creating harsher penalties for those who incite others to trespass on farms.

election commitment to protect the privacy of Australian farmers and primary producers […] from the unlawful actions of animal activists".

The legislation may not affect the sanctions animal activists already face for protests like the recent unauthorized sit-in in Melbourne CBD. Instead, it would mean activists may have to be more careful about distributing evidence of animal cruelty online to encourage people to take action against the meat industry.

But the legislation makes no mention of a farmer’s personal safety, instead targeting behavior that would cause problems to a business. And it adds to a recent spate of legislation that prevents people from protesting with more than just symbolic actions. 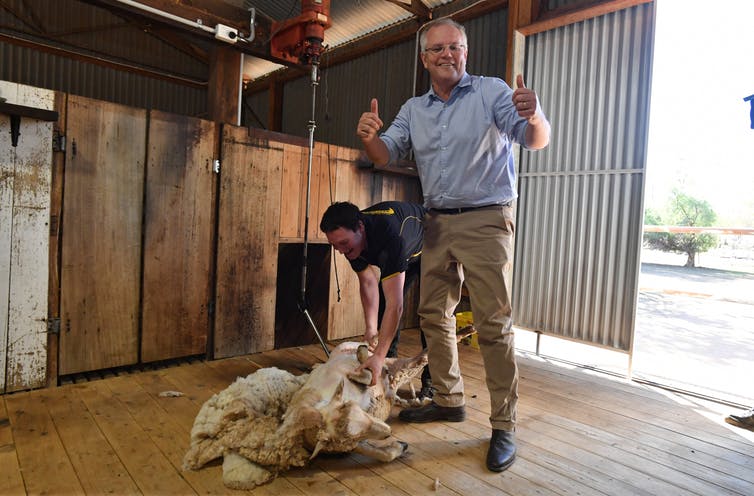 In his election campaign, Scott Morrison promised to protect the privacy of Australian farmers. Mick Tsikas/AAP

Who does the bill target?

The legislation targets online actions of animal rights activist groups such as Aussie Farms, a charity that recently published a map of Australian farms allegedly engaged in animal cruelty.

The group’s professed goal is to

end commercialised animal abuse and exploitation by […] increasing industry transparency and educating the public about modern farming and slaughtering practices.

The charity contends most farms rely on secrecy and deceptive practices such as using images of happy animals rolling in the sunshine alongside words such as “free range” or “humanely slaughtered”. But secret footage reveals questionable slaughtering practices such as the use of gas chambers.

On the other hand, farmers have complained that the actions of Aussie Farms threaten their own privacy and safety, and the biosecurity of their sites.

What are the new offenses?

The bill introduces two new criminal offenses for cases where a person uses a carriage service, such as social media or a website, “to transmit, make available, publish or otherwise distribute material” with an intention to incite another person to

“Agricultural land”, in this case, refers to land used for “primary production business”. This includes chicken farms, piggeries, and businesses operating as an abattoir or an animal saleyard.

The first offense carries a maximum of 12 months’ imprisonment, while the second offense may lead to up to five years’ imprisonment.

Importantly, the bill also specifies that the offenses wouldn’t apply to a news report

which is in the public interest and is made by a person working in a professional capacity as a journalist.

Who does bill really protect?

The government claims this bill will protect farmers’ privacy and security, and avoid risks of biosecurity hazards posed by unauthorised entries of activists.

But if this were really the goal, we would not need a new bill. The use of “a carriage service to menace, harass, or cause offence” is already punishable under section 474.17 of the Criminal Code.

In fact, the legislation doesn’t even mention farmers’ personal safety. Rather, its target is behaviour that “would cause detriment to a primary production business”.

The bill’s Explanatory Memorandum (a document accompanying each bill to explain its intention) further states:

So it isn’t clear how this bill will “protect” the well-being of farmers.

What is clear, however, is that this bill is part of a growing trend of creating heavy-handed “special offences” punishing protesters that go beyond merely symbolic actions. Meanwhile, the government claims to respect the freedom of assembly and right to protest.

For instance, in response to growing anti-mining protests, the (now repealed) NSW Inclosed Lands, Crimes and Law Enforcement Amendment (Interference) Bill 2016 introduced the offence of “hindering the working of equipment belonging to a mine”, punishable by up to seven years in jail. 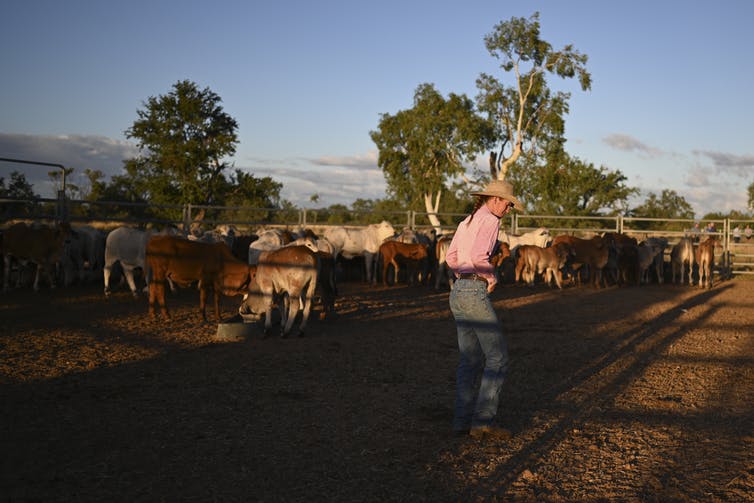 Farmers, and the public at large, are no more protected by this new bill than they already were. Lukas Coch/AAP

And in 2015, the Border Force Act made it a crime to report on patients’ medical conditions in off-shore detention centres.

Rather than engaging with activists’ demand for more transparency in the meat industry, the government has now made it a crime for them to “demand” more transparency, when the latter might be detrimental to the business.

What’s more, farmers aren’t the only ones facing personal threats. Activists who have taken action to denounce the unethical practices allegedly employed in Australian abattoirs have also been subject to serious threats because of their choice to criticise the meat industry.

But the government seems less concerned with the privacy and safety of citizens when their conduct may cause “detriment” to the interests of business.

By Piero Moraro, Lecturer in Criminal Justice, Charles Sturt University. >This article is republished from The Conversation under a Creative Commons license. Read the original article.