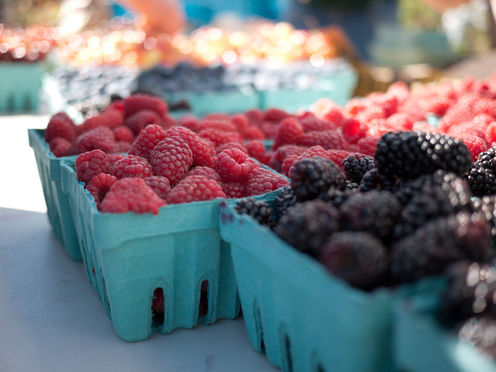 Do you care where the food you buy comes from? amy, CC BY-NC

The public reaction to the Hepatitis A scare linked to contaminated frozen berries imported from China continues.

Consumer confidence in imported food is likely to have suffered a hit, and consumers are questioning the safety of imported food. Public health activists are calling for clear country of origin food labeling. Retailers are promising consumers stricter testing procedures for imported food products. Farmers are demanding a level playing field so they can compete against imports. Government authorities are defending existing food import protocols. And politicians are calling for inquiries.

All of these perspectives have some element of truth, but we need to go beyond the immediate reactionary concerns and seek to understand the underlying reasons that have led to this situation in the first place.

Australia is a net food exporter; depending on seasonal conditions we export around 60% of what we produce. In fact, Australia is one of just a handful of countries that are net food exporters. We are a relatively small population occupying a relatively large land. The ratio of arable land per person in Australia (2.07 ha per person) is the highest in the world, which means we really are the lucky country when it comes to food production and food security.

The fact we are a net food exporter does not mean we don’t import more than we export in certain categories. So while we are one of the world’s biggest exporters in beef, wheat, sugar, and wine; we also import processed and frozen foods.

So why does Australia import food? The short answer is price, though other factors include variety and seasonality.

The average Australian household spends $204/week on food and non-alcoholic beverages, or 17% of total household expenditure, and food prices have increased by 34% over the past decade, so there is a strong argument for keeping downward pressure on food prices. The business model of the big retailers is to drive prices down, but this often means paying less to farmers. While it is hard to argue against low food prices, there are concerns that health and environmental costs associated with unhealthy and unsustainable practices are not adequately captured in the focus on low food prices.

The unfortunate reality is that the big retailers can often source food cheaper from imports than from domestic farmers. The big retailers defend this practice by pointing out consumers benefit from cheaper food. While it is true that price is a major determinant of food purchase behaviour, it is not the only one. Other drivers include taste, convenience, and ethical considerations. One of these ethical reasons is a desire to support “local” farmers, however local is defined. So on the one hand many consumers want or need cheap food, on the other, for some at least, there is a desire to support local farmers and rural communities with their food purchases. This ethical dilemma is brought into sharp focus by the Hepatitis A contaminated berry crisis.

The current retail business model (high volume, low margin) is not focused on the ethical consumer. But the big retailers have immense market intelligence, and the growth in products in the organic aisle suggests they are responding to growing demand.

For consumers worried about where their food comes from, part of the long-term solution lies in more food consumers becoming food literate and empowered to exercise their influence as consumers. Ultimately it is you, the consumer, that drives modern food supply chains.

2) knowledge about the impact of our food choices on our ecological footprint (as an aside, for most people food represents the largest single contributor to their environmental impact, and

3) knowledge about the impacts of our food choices on the businesses and communities that grow and provide our food.

The founder of the slow food movement, Carlo Petrini, summed this up as “good, clean and fair”. Food systems should be good for our health, clean for the environment and fair for farmers.

Contaminated berries are obviously not good for our health (although in principle snap frozen food retains nutritional quality). Imported berries most likely have a greater environmental footprint than locally produced ones (although I would reserve judgement until a comprehensive Life Cycle Assessment study was undertaken), and the current market and policy settings are clearly unfair to Australian producers, although presumably Chinese producers benefit.

By Bill Bellotti, Vincent Fairfax Chair in Sustainable Agriculture&Rural Development at University of Western Sydney. This article was originally published on The Conversation. Read the original article.