Capitalism Has Been Conquered - Here Is Why Workers Should Take It Back
By The Conversation | October 9th 2018 07:00 AM | Print | E-mail

In the early days of industrial capitalism there were no protections for workers, and industrialists took their profits with little heed to anyone else. Following the growth of the labour movement, the establishment of trade unions and the founding of the welfare state in the first half of the 20th century, corporations in decades after World War II embraced a more open, stakeholder capitalism, where profits were shared between employees, managers and shareholders. This led to a flourishing middle class as workers and communities benefited from the success of the corporations of which they were part.

But since the 1970s the pendulum has swung back towards a system where profits are shared less widely, causing major upheavals in society and the fortunes of labour and the middle classes.

Where has the money gone? For decades, real incomes for workers have largely stagnated while those of top executives have skyrocketed. In 2017, the top executives of America’s largest companies enjoyed an average pay increase of 17.6%, while workers’ pay in those companies rose barely 0.3%. In 1965, the chief executives of the top 350 US companies earned salaries 20 times that of their workers. By 1989 that had risen to 58 times, and in 2017 the ratio was 312 times that of workers.

Not surprisingly, compared to the middle-class prosperity that followed 1945, recent decades have seen widening inequality in society. The status quo overturned, capitalism has been hijacked by a profiteering elite. The question is whether society can find an alternative approach that shares the wealth more widely.

This trend coincided with the emergence of shareholder value as the overwhelming corporate ethos, as the interests of shareholders take primacy over those of other stakeholders in the business. With executives incentivized to maximize profits, meet quarterly share price targets and ensure profits are returned to shareholders, they have been able to game the system to ensure they receive excessive remuneration, while at the same time cutting costs and squeezing wage growth in search of higher profits. British housebuilder Persimmon this year paid its chief executive a £110m bonus, decried by critics as “corporate looting”.

Outsourcing and offshoring have been examples of such cost-cutting, profit-driving initiatives: outsourcing low-skilled work is thought to account for one-third of the increase in wage inequality since the 1980s in the US. The percentage of US workers associated with temporary help agencies, on-call workers, or contractors increased from 10.7% in 2005 to 15.8% by 2015. 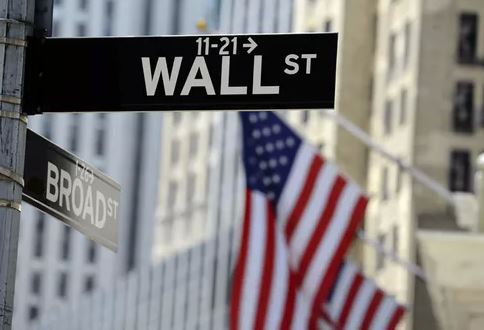 Economists have been puzzled by stagnant wages and increased inequality. But as I highlighted as far back as 2007 and repeatedly since, the emphasis on shareholder value has contributed enormously. Management and leadership consultant and writer Steve Denning wrote this year that “shareholder value is the root cause of workers’ stagnant salaries”, with a corrosive effect on societal cohesion and stability – he believes the current rise of populism is one example of the fallout.

Demands for greater profits continue, as companies are pressured by share portfolio managers and activist investors to increase their profitability and share price. Private equity firms, which invest in companies in order to maximize returns, have expanded into many sectors of the economy. Most recently, this has seen the doctrine of maximizing profits enter the residential property and home mortgages market.

The pendulum swings back?

Despite the stranglehold of shareholder value on corporate thinking, events suggest the pendulum may once more swing back to favour workers and other stakeholders.

In the US, the government’s Committee on Foreign Investment warned that in its attempt to take over telecoms giant Qualcomm, Broadcomm’s private equity approach could compromise its target’s technological leading position in pursuit of value for Broadcomm shareholders.

In the UK, there was opposition to the takeover of engineering conglomerate GKN by turnaround firm Melrose. Airbus, one of GKN’s major customers, argued that Melrose’s focus on shareholder value and short-term returns meant it might not be committed to long-term investment.

A chorus of voices has emerged advocating alternatives to the short-termist and shareholder-focused model of capitalism. The chief executives of investment and asset managers Blackrock (the world’s largest) and Vanguard, global engineering firm Siemens, and consumer goods giant Unilever have pursued a more stakeholder-centric model of capitalism. For example, Unilever by measuring its progress against environmental and social as well as financial targets, and Blackrock by investing in businesses that favour long-term investment over short-term profits. Organisations such as the Coalition for Inclusive Capitalism and the Private Equity Stakeholder Project, have emerged, seeking to ensure that all stakeholders in the business and their interests are included.

Prominent US senator Elizabeth Warren recently introduced the Accountable Capitalism Act to Congress. This would require company directors to consider the interests of all major corporate stakeholders, not just shareholders, in company decisions. It requires that workers are given a stronger voice in decision-making at large companies, such as electing 40% of company directors. As a way of addressing self-serving incentives, executives would have to retain company shares for at least five years after receiving them, or three years in the case of stock buybacks.

Almost ten years ago, Jack Welch, who for many years championed shareholder value while at the helm of General Electric, pronounced that:

It is past the time that business schools should smarten up, jettison this “dumb” shareholder dogma, and start teaching a version of capitalism less damaging to the interests of society.

By Louis Brennan, Professor of Business Studies, Trinity College Dublin. This article is republished from The Conversation under a Creative Commons license. Read the original article.