Christmas Versus Calories – How To Focus More On Celebration And Less On Food
By The Conversation | December 20th 2018 04:00 AM | Print | E-mail

Christmas and the holidays are a time to relax and celebrate with family and friends. But the festive season can also be a time of unwanted weight gain that won’t budge once the holidays are over.

Research (mostly from the United States) has found adults typically gain 400 to 900 grams over the holidays.

No-one wants to miss out on the celebrations. But knowing more about the kilojoule content of your favourite Christmas treats can help you make conscious decisions about which foods and drinks to have and enjoy, and what portion sizes to choose.

Check the comparisons below, and how much housework or the number of steps you’d need to take to expend that same number of kilojoules. (Note: calculations are based on an adult weighing 70-80 kilograms.) 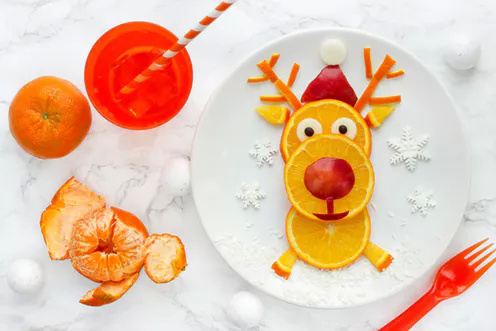 Try this for starters

Which of these pre-dinner snacks is worth the effort:

A large handful of potato crisps containing 550kJ, which would take 32 minutes of vacuuming or 3294 steps to work off?

Or a handful of fresh cherries (about ten large or 15 small ones) which contains about 150kJ? This would take only 8.5 minutes of vacuuming or 880 steps to work off.

Two slices of roast pork and a 30g (matchbox size) piece of crackling contains about 1,415kJ. This is equivalent to spending 54 minutes cleaning windows or taking 8,500 steps.

If you substitute the pork for 12 medium prawns (about 70g) at 260kJ, this is equivalent to ten minutes of washing windows or taking 1,560 steps.

If you eat one-eighth (about 90g) of a large plum pudding, you will have consumed about 1,080kJ. You’ll need to take about 6,350 steps to walk it off, or spend 41 minutes raking up leaves in the garden. 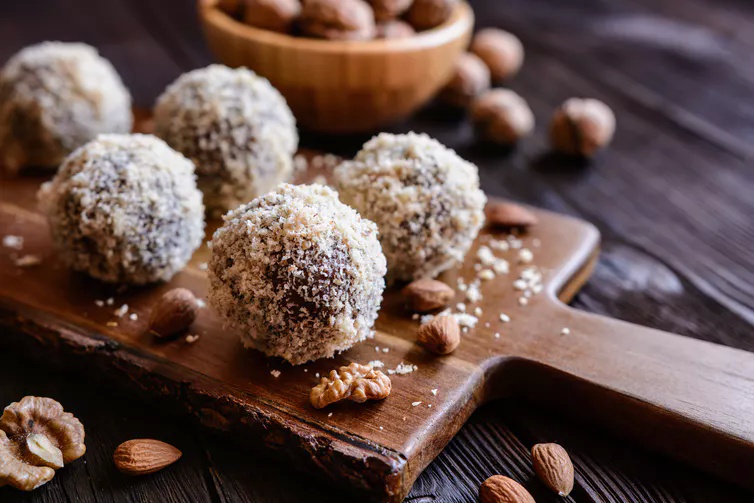 Even better, half a cup of fresh fruit salad at 250kJ is equivalent to 1,470 steps or approximately nine minutes of raking leaves.

How to focus more on celebration

It’s possible to have fun at Christmas and celebrate the time with family and friends while reducing your focus on food. Here are some tips to get you started: 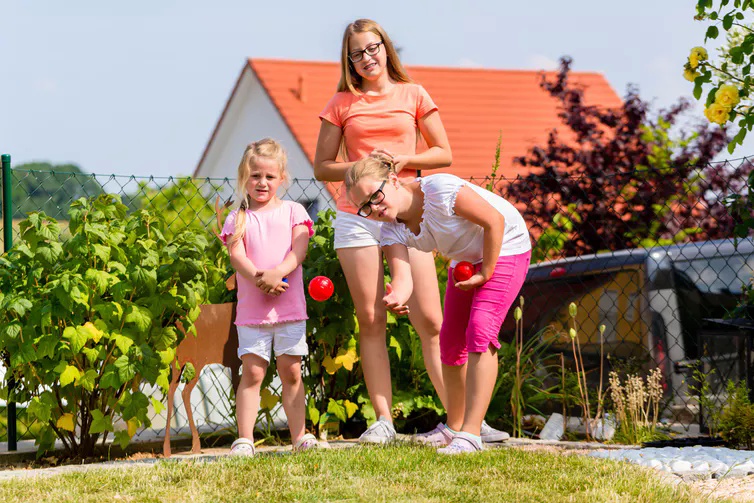 Take a breather between courses. Shutterstock

Try not to feel guilty

You’d think people who stress about food would have healthier eating habits, but the research shows that this isn’t the case.

One study found that people who associated eating chocolate cake with guilt, rather than a celebration, had eating habits that were less healthy, especially when they were under stress.

Aside from avoiding over-eating, having a focus on enjoying healthy foods as well as some self-compassion can help improve your relationship with food.

By Clare Collins, Professor in Nutrition and Dietetics, University of Newcastle. Professor Collins is affiliated with the Priority Research Centre for Physical Activity and Nutrition, the University of Newcastle, NSW. She is an NHMRC Senior Research and Gladys M Brawn Research Fellow. She has received research grants from NHMRC, ARC, Hunter Medical Research Institute, Meat and Livestock Australia, Diabetes Australia, Heart Foundation, Bill and Melinda Gates Foundation, nib foundation and Greater Charitable Foundation. She has consulted to SHINE Australia, Novo Nordisk, Quality Bakers, the Sax Institute and the ABC. She was a team member conducting systematic reviews to inform the Australian Dietary Guidelines update and 2017 evidence review on dietary patterns for the Heart Foundation. This article is republished from The Conversation under a Creative Commons license. Read the original article.