Coronavirus Coverage Has Caused People To Stop Using Corporate News
By The Conversation | May 28th 2020 03:31 AM | Print | E-mail

When the coronavirus pandemic really started to take hold in the UK in March, news consumption increased, as in many other countries. But, since then, our research shows that an increasing share of the UK population is switching off from the news.

When asked about the main reasons behind news avoidance, the majority of those who always or often avoid news (66%) told us that they do so because of the negative effect it has on their mood. One respondent told us: “The news currently makes me feel incredibly stressed”, while another said: “I am bombarded with negative news”. Other prominent reasons people gave for avoiding news were a sense of overload (33%), or a lack of trust in news (32%). Only 5% said they avoid news because they are not interested in it. 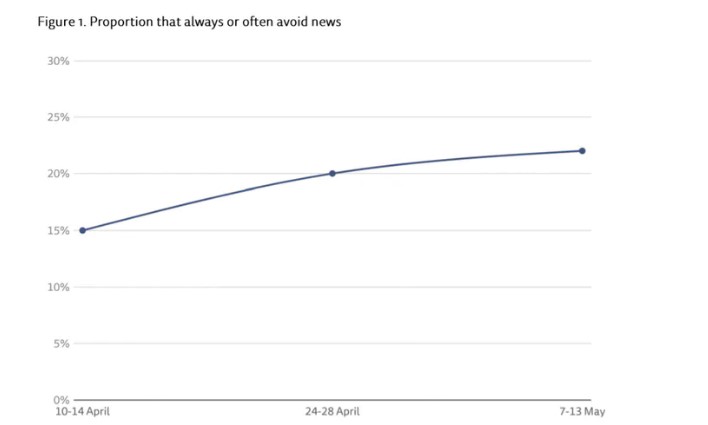 
What the survey tells us

The findings are based on a panel survey designed by the Reuters Institute for the Study of Journalism at the University of Oxford. The survey of 1,973 respondents was conducted by YouGov and is representative of the UK population. The purpose of the wider project is to collect survey data over ten waves on how people navigate news and information during the coronavirus pandemic. More details about the project and its methodology can be found on the project’s website. 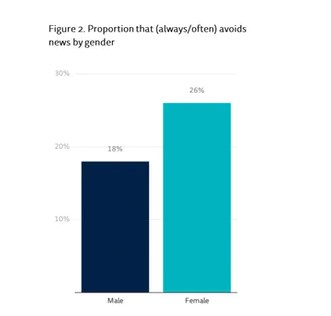 Do you find yourself actively trying to avoid news these days (Q1, 2017: base: male = 960, female 1013). Reuters Institute/University of Oxford, Author provided

While we did not find differences in news avoidance between groups with different levels of education, income or political orientation, we find that women are more likely to actively avoid news than men (26% to 18%).

An effective communication strategy is not only reliant on the quality of the messages but also on the wide reach of the message. Active news avoidance could limit the effectiveness of COVID-19 communication strategies. As the lockdown gradually eases, the knowledge of – and adherence to – detailed guidelines on how to visit indoor public spaces or to how safely meet with high-risk individuals will be essential when it comes to keeping the number of new infections low. The new guidelines are more detailed than the lockdown guidelines and as a result they demand higher attention from the public. 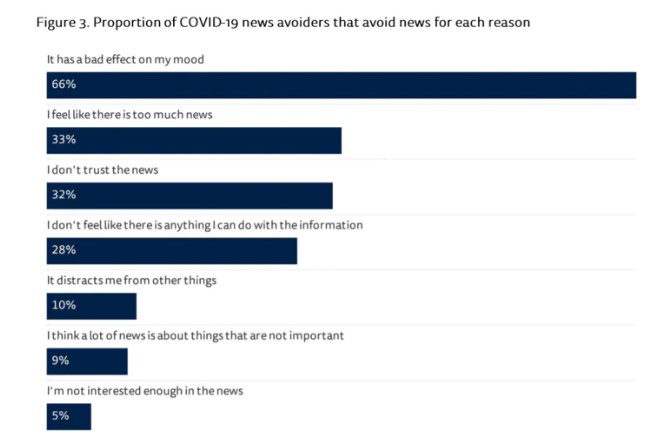 Reasons given by people who said they often/always avoid news (base=364). Reuters Institute/University of Oxford, Author provided

Apart from the effectiveness of COVID-19 communication strategies, news avoidance is important from a democratic perspective. During this deep health, economic and social crisis, it is crucial for the public to follow news and developments to be able to attribute credit or blame to policymakers.

News avoidance is further important for the future of independent news organizations. The COVID-19 pandemic means that the news media industry, which was already experiencing a large disruptive crisis, faces even deeper problems. While we are in the middle of a recession, the advertising market is shrinking, while print circulation is decreasing.

Is this new for the UK?

The increase in news avoidance follows a Brexit-related increase in avoidance the UK that we reported last year. In a survey fielded in early 2017, around half of the sample (48%) said they never avoid news, placing the UK as one of the countries with the lowest levels of news avoidance across 36 countries.

When we repeated this question in early 2019, the share of those who never actively avoided news was 36%, placing the UK above average in our survey sample of 38 countries. UK respondents cited the Brexit negotiation as their main reason behind their avoidance. As one respondent said then:

Although I do watch the political news avidly, I made a new resolution to stop as it has a negative effect on my mood as I feel powerless to change anything.

Now in our latest survey, only 20% of the population in the UK say they never avoid news. This highlights a steady increase in news avoidance over the years partly due to core developments such as the Brexit negotiations and COVID-19 that negatively affected the mood of parts of the audience.

By Antonis Kalogeropoulos, Lecturer in Communication and Media, University of Liverpool. This article is republished from The Conversation under a Creative Commons license. Read the original article.