Democrats Have Turned The Amicus Curiae Brief Legal Tool Into A Declaration Of War
By The Conversation | August 26th 2019 01:11 PM | Print | E-mail

Legal briefs, in even the most high profile cases, rarely make headlines. They are technical documents intended to persuade judges in a case about particular points of law.

In American law schools, students now take courses to help them master the arcane genre of brief writing. Their persuasiveness depends on carefully marshaling legal precedents and complex, factual arguments. As a result, they seldom interest anyone outside the legal community.

On Aug. 12, we witnessed a rare exception.

That’s when a friend of the court brief, known as an “amicus” brief, was filed in the Supreme Court by five Democratic senators, including one presidential candidate. The senators were Sheldon Whitehouse of Rhode Island, Mazie Hirono of Hawaii, Richard Blumenthal of Connecticut, Richard Durbin of Illinois, and Kirsten Gillibrand of New York.

The brief provoked considerable controversy and even led to the filing of a legal complaint against Whitehouse, who was its principal author. 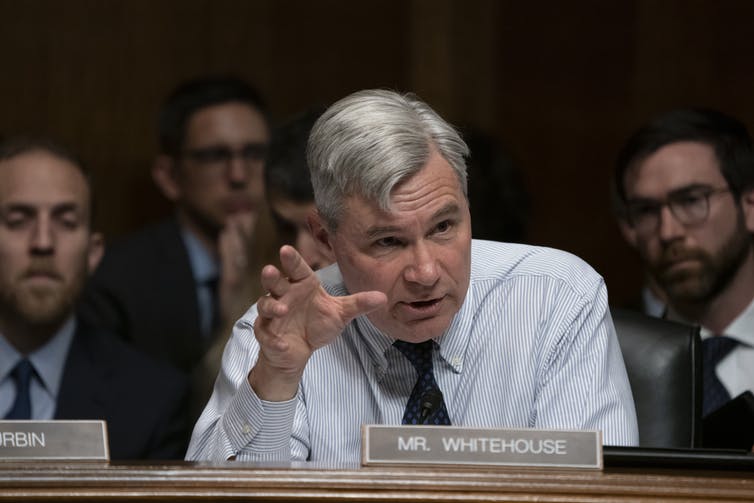 The amicus brief asked the court to dismiss a challenge to a New York City ordinance. The law prohibited licensed gun owners from transporting their guns out of the city, for example, to shooting ranges or second homes.

The challenge was issued by the New York State Rifle and Gun Association, which argued that such a prohibition infringed on Second Amendment gun ownership rights as well as the Commerce Clause and the right to travel.

The case seemed destined to become a vehicle for the court to strictly limit gun regulations. To ward that off, New York City repealed the offending regulation in June.

Doing so, city officials assumed, would render the case moot. The plaintiffs would no longer have standing to sue, and the case would not result in weaker gun control laws.

The senators supported that view. But their amicus brief presented little in the way of legal argument.

Instead it offered a broad and unprecedented indictment of the court’s conservative majority.

It accused the five justices who were appointed by Republican presidents – Samuel Alito, Neil Gorsuch, Brett Kavanaugh, John Roberts and Clarence Thomas – of pursuing a “political project” and being in league with the National Rifle Association and other pro-gun groups seeking to radically expand gun owners’ protections provided by the Second Amendment.

The petitioners’ “effort did not emerge from a vacuum,” the brief alleged. “The National Rifle Association (NRA), promoted the confirmation (and perhaps selection) of nominees to this Court who, it believed, would ‘break the tie’ in Second Amendment cases. … This backdrop no doubt encourages petitioners’ brazen confidence that this Court will be a partner in their ‘project.’”

Pointing out the increasingly polarized nature of the Supreme Court is standard fare in scholarly commentary.

Nevertheless, as someone who teaches and writes about American law and courts and knows the traditions and styles of brief writing, I was surprised by what the senators wrote. The Wall Street Journal got it right when it called it an “enemy of the court brief.” 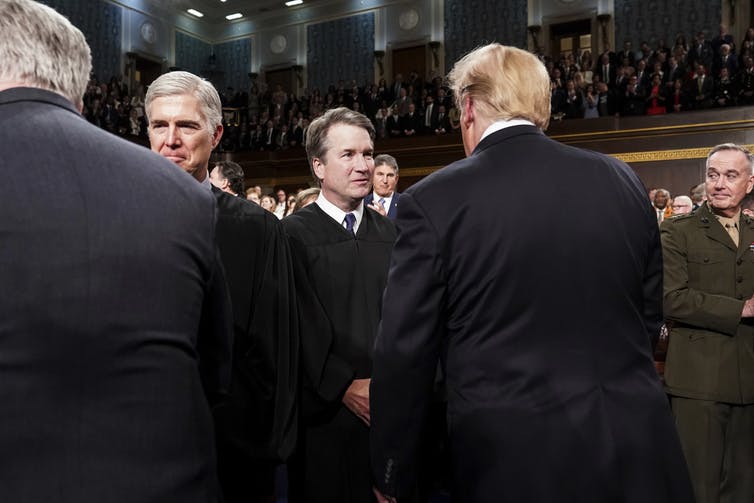 Some legal scholars trace friend of the court briefs back to Roman law. Others argue that they originated in the English common law.

Whatever their origins, there is no dispute about the fact that amicus briefs have been a longstanding part of Anglo American legal practice. Although filed by many different kinds of parties, they have been useful vehicles for the public to make its views known to judges.

Today, in the United States such briefs allow interested parties, who are not themselves litigants, to bring to court “relevant matter not already brought to its attention by the parties.” For example, in 2013, the American Psychological Association submitted a brief in an important affirmative action case that offered scientific evidence about the educational benefits associated with campus diversity.

Amicus briefs are a growing feature of Supreme Court litigation. A study by two law professors found that “submissions at the Supreme Court have increased 800 percent since 1954 and 95 percent between 1995 and 2015.”

In addition, a story on the Columbia Law School’s website says that in the Supreme Court’s 2017–2018 term, “Amicus curiae briefs were filed in every one of the 63 argued cases, averaging just over 14 briefs per case, a new record.”

Harvard law professor Noah Feldman contends that those briefs do not help the court and impose substantial burdens on the justice’s clerks, who are responsible for reading and digesting them. Another law professor, Philip Kurland, once called the filing of amicus briefs “a waste of time, effort, and money.”

Yet those briefs have been important to groups, like the NAACP, seeking to expand civil rights protections. One of the NAACP’s most influential briefs was filed by future Justice Thurgood Marshall in Brown v. Board of Education. It helped the court understand the pernicious effects of segregation on black school children.

Friend of the court briefs also are often submitted by well-financed interest groups or organizations seeking to shape court decisions.

Amicus briefs are cited frequently in Supreme Court opinions. In the 2017-18 term, justices did so in 23 majority, 21 dissenting, and five concurring opinions.

Neither Thurgood Marshall, nor those routinely filing friend of the court briefs, have used them to accuse the court of providing “a friendly audience” for a particular interest group.

The directness and harshness of the rhetoric in the senators’ brief may be a reflection of the temper of America’s legal and political culture in the age of Donald Trump. Or, it may be a logical next step in a war over the Supreme Court’s direction that began with the Senate’s 1987 rejection of the nomination of conservative hero Robert Bork.

Whatever its causes, the brief signals the transformation of a venerable legal tool into a weapon of Democratic partisan combat. This weapon is aimed at a court likely to be controlled for the foreseeable future by Republican-appointed justices.

The brief concludes with the warning that the court must “heal itself” lest it be “restructured.” As one progressive group aptly noted, that warning is less the work of a legal document than “a declaration of war.”

By Austin Sarat, Professor of Jurisprudence and Political Science, Amherst College.This article is republished from The Conversation under a Creative Commons license. Read the original article.