Did Pete Carroll Make The Worst Coaching Call Ever? The Science Of Hindsight Bias
By The Conversation | February 5th 2015 06:17 PM | Print | E-mail 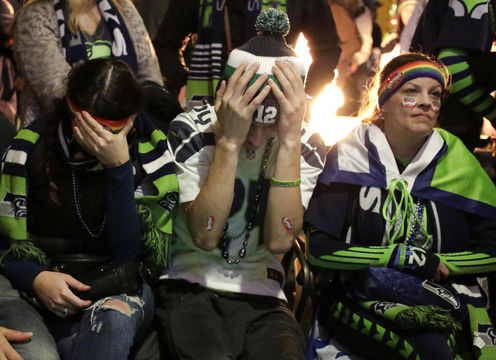 “The worst call in Super Bowl history,” read a headline in my hometown Seattle Times after Seahawks' head coach Pete Carroll seemingly threw the game away with his ill-fated decision to pass – rather than run – as the game clock expired.

Actually, Carroll made two end-of-half decisions in Sunday’s Super Bowl, both questioned by the NBC announcers. The differing outcomes of the decisions – and the resulting reactions by pundits and fans – offer potent examples of a mental pitfall that has been the subject of roughly 800 psychological science publications.

“Hindsight bias,” also known as the “I knew it all along phenomenon,” is the almost irresistible tendency to believe – after an experiment, a war, an election, or an investment – that the outcome was foreseeable. After the stock market drops (it “was due for a correction”) or an election is lost (by a “terrible candidate”), the outcome seems obvious – and thus blameworthy.

But, as research shows, we often do not expect something to happen until it does. Only then do we clearly see the forces that triggered the event, and feel unsurprised. Because outcomes seem as if they should have been foreseeable, we are more likely to blame decision makers for what are, in retrospect, “obvious” bad choices, rather than praise them for good ones (which also seem “obvious”). As the 19th century philosopher Søren Kierkegaard said, “Life is lived forwards, but understood backwards.”

With six seconds remaining in the first half, Carroll decided to throw for a touchdown – a risk that could have resulted in the clock expiring. Better to kick a safe field goal, argued the NBC announcers. But the gamble worked, and Carroll was acknowledged to have made a “gutsy” call. Seahawks coach Pete Carroll got a lot of flack for his decision to pass the ball at the end of the game. USA Today Sports/Reuters

Then, at the game’s end, with 26 seconds left – and victory less than a yard away – Carroll and his offensive coordinator ventured a fateful, intercepted pass. Fans exploded on social media. A (less-explicit) version of most reactions: “With three downs and one timeout to go, and the league’s best powerful runner at the ready, what was he thinking?”

“The stupidest coaching decision I can recall,” I vented to my wife afterwards, aided by 20/20 hindsight.

But like all the football fans who made Coach Carroll an object of national ridicule, I was judging the call after knowing the outcome. The next morning I reassessed the situation. With one timeout, I now realized, Seattle could venture, at most, two running plays. The attempted pass was a free third play – which, if incomplete, would still leave them with the same two possible running plays. Moreover, the odds of an interception at the one-yard line are, I later learned, even less than the odds of a fumble. And had a touchdown pass arrived in the receiver’s hands a half-second sooner, we could use game theory to explain how the wily Seahawks won by doing what their opponent least expected.

Responding to those who claimed he made “the worst call ever,” Carroll later explained to Today Show host Matt Lauer, “It was the worst result of a call ever. The call would have been a great one if we caught it. It would have been just fine and no one would have thought twice about it.”

Bringing statistical analysis to the decision, FiveThirtyEight.com impeccably calculated that Carroll had indeed made a smart one – that he had slightly increased his team’s chance of a win. What’s more, the evidence-based bad coaching decision was made by New England coach Bill Belichick, who, instead of calling a timeout, opted to let the clock run down (which would have deprived quarterback Tom Brady of another scoring opportunity in the likely event of a Seattle touchdown).

But probabilities are not certainties. In sports, as in life, good decisions can yield bad outcomes. Bad decisions can have lucky outcomes. And once outcomes are known we immediately retrofit our thinking. Thanks to hindsight bias, “winning erases all sins.” And losing makes a good coaching call look not gutsy but just plain stupid – even to a psychologist-fan who temporarily forgot what he teaches.

David G. Myers, Professor of Psychology at Hope College, does not work for, consult to, own shares in or receive funding from any company or organization that would benefit from this article, and has no relevant affiliations. This article was originally published on The Conversation. Read the original article.