Divorce Monday: January Divorce Rush Dates Back To The Middle Ages
By The Conversation | January 11th 2015 06:02 AM | Print | E-mail 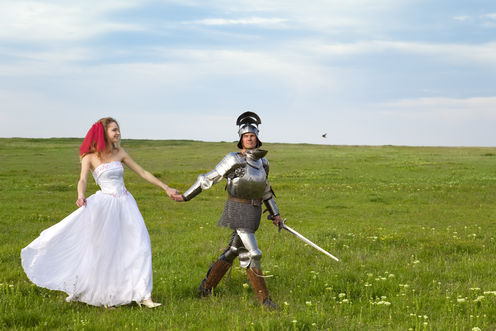 Odds are they won't be so happy after Yuletide. Shutterstock

By Frederik Pedersen, University of Aberdeen

January is a strain for most people. It’s dark and the festive lights don’t disguise this anymore. You’re back at work and the next holiday may be some way off. You’ve just had to spend a large amount of time with your family. This has consequences.

Lawyers have a worse than normal return to work after the Christmas break: they go back to stacks of divorce papers. So many couples seek the help of professionals to have their marriage dissolved after the strains of the Christmas season that the first Monday of the first working week of the year is known among lawyers as Divorce Monday.

Lawyers ascribe the sudden surge in divorce work to the release of tension after temporary truces for the sake of the family over the Christmas season. But it’s doubtful that lawyers, or their clients, know how long the history of the time period is.

This may appear to be a relatively new development (the earliest statistics online date from 2008), but my recent research into litigation records surviving from the medieval church courts in York shows that the same pattern prevailed as far back as the 14th century.

A third of the litigation heard by the church court in York (which had the power to enforce and dissolve marriage) was initiated in the month of January. So medieval lawyers would have been as familiar with the January rush to the courts as their modern colleagues, although the marriage disputes they helped settle were very different.

It was incredibly easy to contract marriage in the middle ages. All that was needed was that a man and a woman said the words “I marry you” to one another. There was no need for a priest or even witnesses, the spoken words married them before God. But getting out of it was more difficult.

Unlike today, people couldn’t legally divorce: they had to have their marriages annulled instead. What God had joined together could not be seen to be put asunder by Man. So, couples had to convince the court that they had married someone else previously, or that they had never consented to the marriage in the first place.

Most people were well aware about the law regarding marriage and in many cases it is clear that sometimes both they and the courts engaged in an elaborate deception to allow couples to separate or to marry. The clear deception meant that the court had to enforce marriage in most cases.

Only in cases of really extreme domestic violence did the church court step in as a kind of heavy-handed marriage counselor, attempting first to reconcile the litigants, and, if that was unsuccessful, by granting the spouses the right to live in separate households (but not to have sexual relations with anyone) and by providing alimony for the wife.

So why the January divorce rush? Was the medieval Christmas just as stressful as ours, did the strain of family over the festive period prove too much for the couples of old? Perhaps, but the medieval version actually has more to do with the two annual rhythms that dominated life in the middle ages: the Church year – which was extremely busy in the month of December – and the demands of the farming year.

After the summer court recess began in late July, the month of August and the first three weeks of September had low litigation levels: only urgent cases were heard at specially convened courts. The last week of September and the month of October saw litigation pick up, when 16% of annual litigation was initiated after the court’s long summer recess.

But after that legal activity fell dead. Between 1300 and 1500 not a single case was opened in York in November. The court did convene this month, so the total absence of litigation is initially baffling. But this becomes more understandable when one considers the agricultural year.

November demanded a lot of heavy activity (slaughtering, smoking and curing livestock in preparation for the winter), but it was also a period of celebration and much drinking as people feasted on the easily spoilt fatty meats of newly slaughtered animals before such meat became inedible.

Then work and feasts of the late autumn combined with the Christmas season to provide little opportunity to pay attention to legal matters. The proctors, advocates and judges of the medieval church courts often left the city to help their families in the country in the autumn, and, unlike their modern colleagues they were priests and therefore had to balance their time in court with their liturgical duties in the Advent period.

So when month of January arrived both litigants and their representatives at court were had to attend to an avalanche of legal disputes.

Against this background, it is perhaps ironical that most medieval illuminated calendars show the peasants’ days in the month of January being taken up with activities such as repairing household items and mending fences in the fields.

The court records of medieval York suggest that, just like today, the jolly family activity of “mending fences” was not the first thing on the minds of everyone directly after Christmas.

Frederik Pedersen, Senior Lecturer in History at University of Aberdeen, receives funding from The Carlsberg Foundation in Copenhagen.