There are countless parenting questions that science can’t answer: “is it gross to eat food my child spat out?”, “why do my kids hate wearing pants?” and, of course, “when they grow up, will my kids remember how much I loved them, or just that I made them wear pants?”.

Fortunately, there are some important parenting issues science can address. Here are five simple tips for raising healthy children based on scientific studies from the last 12 months,.

1. Dads can – and should – help with breastfeeding

How many people does it take to breastfeed a baby? A recently published Australian study found the answer is closer to three people (mum, baby and partner) than the traditional two of mother and baby. The chance of a baby being breastfed for six months was significantly lower if mother’s partner preferred bottle feeding, or even if her partner felt neutral about breastfeeding.

Not every mom can or wants to breastfeed exclusively for six months. For those who do, however, it would be great if more partners (I’m looking at you, dads) stepped up and helped. Among other things, fathers can offer rest, food, water and encouragement.

Telling your partner she’s doing a great job, organizing dinner and taking the opportunity for precious dad-and-baby time so mum can grab a bit of sleep are all important. Being an engaged dad doesn’t always go smoothly (in my personal experience), but it’s great fun.

Peanut allergy is potentially life-threatening, and the allergy rate in developed countries has doubled in the past ten years. Thankfully, there’s good news from a landmark UK study published earlier this year that tested whether the risk of developing peanut allergy could be reduced.

It found feeding peanut butter to children less than 11 months old reduced their risk of developing a peanut allergy by up to 80%, compared with children who avoided peanuts until they turned five. The researchers fed the children a lot of peanut butter (about a tablespoon every week for three years), so we don’t know if a smaller amount given less often would give the same benefit. 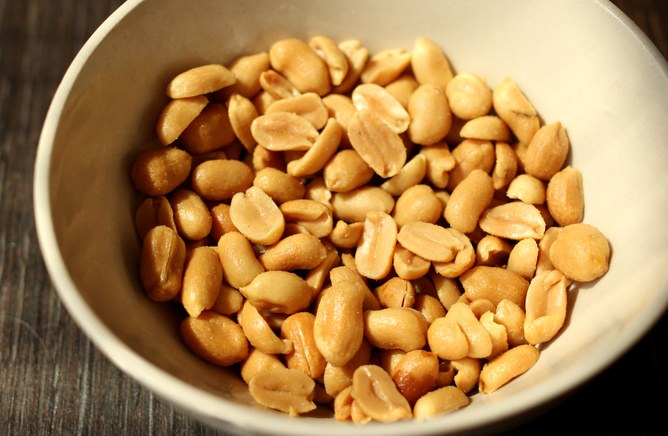 Research shows feeding peanut butter to children less than 11 months old reduced their risk of developing a peanut allergy by up to 80%. Christian Schnettelker/Flickr, CC BY

The study also excluded children who reacted to their first meal of peanuts, so these findings don’t apply to everyone. Still, for the majority of children, this is the best evidence we’ve ever had that raising peanut-allergy-free kids is more likely if you feed them peanuts early.

3. Yogurt can reduce the washing if your kids are ill

When used correctly, antibiotics are amazing at helping kids return to health. Unfortunately, they kill off good as well as bad bacteria (especially in the gut), which can sometimes cause nasty side effects, such as diarrhea. It makes sense that finding a way to replace the good bacteria might reduce the diarrhea.

While probiotics (supplements of “good bacteria”) are popular, there are still lots of things we don’t know about them, including which ones work or the best way to take them.

But thanks to an Australian study published this year, we now know that three particular probiotic strains in certain types of yogurt significantly reduce the likelihood of diarrhea in children taking antibiotics. The strains were Lactobacillus rhamnosus GG (LGG), Bifidobacterium lactis (Bb-12) and Lactobacillus acidophilus (la-5) – look out for them at your local supermarket and save on the washing.

A Japanese study has shown that moisturizing your baby every day for the first eight months reduces risk of developing eczema by 30%. The study used a Japanese-brand moisturizer, but if you’re interested in trying this you probably don’t need to import it.

A similar ongoing study in the United Kingdom is using white, soft paraffin moisturizer. Your local pharmacy will likely stock several brands of this kind of moisturizer – any one of them would be a good place to start.

We don’t know for sure that this works, but if it’s relaxing and fun for you and your baby, doesn’t cost more than you can afford and has the potential to prevent eczema, it’s probably worth doing. Anyone whose baby has been unsettled at night knows about the vast range of opinions out there about how to manage the problem. Fabio Bruna/Flickr, CC BY-SA

And finally… 5. What’s the best way to get my baby to sleep?

Anyone whose baby has been unsettled at night knows about the vast range of opinions out there about how to manage the problem. There’s often a divide between people who advocate using behavioral strategies to teach babies to self-settle and those who worry self-settling might be harmful.

The good news is that a recent Australian paper found no evidence that self-settling strategies cause harm, as well as finding some evidence they worked. The bad news: it found evidence that sleep problems are stressful, affecting the mental health of both mothers and fathers.

Self-settling is often confused with “controlled crying”, but they’re not the same thing. It involves understanding normal infant development and creating a predictable environment. From when your child is three or four months old, you might start a consistent bedtime routine, put her in bed when she’s drowsy but awake, and keep her room dark (not pitch-black) at night. But there are no hard and fast rules with sleep. If it doesn’t feel right, then don’t do it.

There are lots of places to get help with unsettled babies. Start with your local child and family health center, and check out these useful tips, or see your family doctor.

There might still be more art than science in raising healthy children, but science can be useful. These papers at least give us five fewer things to worry about, and you might even save on your washing. Of course, trust your own judgment and always speak to your doctor or child health nurse if you have questions about what’s best for your child.

By Chris Elliot, Consultant Pediatrician and Conjoint Associate Lecturer, UNSW Australia. This article was originally published on The Conversation. Read the original article.