Elderly Men Have The Highest Suicide Rate: Ageism Stops Us From Doing Something About It
By The Conversation | September 3rd 2015 05:00 AM | Print | E-mail

The most recent Australian suicide statistics from 2013 show that, out of the whole population, men aged 85 years and over have the highest suicide rates. While the attention these figures have garnered is a positive sign, this is hardly a new phenomenon.

Over 38 men in every 100,000 of that age group die by suicide, which is more than double the rate among men under 35. The rate is around seven times higher than in women of all ages.

With very few exceptions in Australia’s history, annual suicide rates have always peaked in older males. And while these rates fluctuate from year to year, there’s no evidence of any sustained increase in the past decade.

This is the common theme worldwide. Most countries record their peak suicide rates in this group. So why has the problem of suicide in older males not been an issue of concern for the general public?

It’s certainly not due to a lack of knowledge about suicide in older men, or its drivers. Numerous Australian and overseas studies have identified issues such as severe depression, loneliness, social isolation and lack of social support; physical health issues, such as pain and cancer; and loss of independence as being important in various ways.

Of course, how these issues affect someone varies considerably and often depends on the person’s life journey from childhood through to late life. Childhood adversity, personality attributes, experience of traumatic life events, relationships, employment and use of alcohol and other drugs can all affect someone’s suicide risk late in life. 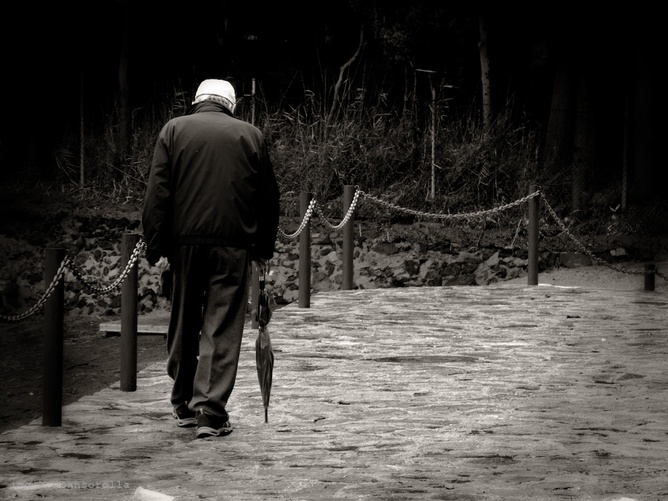 Alongside physical health, social issues such as loneliness, isolation and lack of support all contribute to suicide among older men. Joan Sorolla/Flickr, CC BY

Unfortunately, too many people appear to confuse older people’s “right to die” with suicide. This tends to cloud the issue as well as hamper efforts for suicide prevention.

Many of the reasons euthanasia advocates regard as being circumstances in which an older person might choose to die are indeed similar to the factors associated with suicide in late life. And that’s why there’s an assumption that these really are older people taking matters into their own hands in a society where euthanasia is illegal.

But evidence to support this view this is minimal. Our research suggests that less than 10% of late-life suicides could potentially be in people who would have chosen and met generally accepted criteria for euthanasia, such as being a member of a euthanasia group.

Further, in countries where euthanasia is legal, such as the Netherlands, Belgium and Switzerland, suicide rates still peak in males over the age of 75. In Belgium and Switzerland, the rates are much higher than in Australia. Access to euthanasia then doesn’t appear to affect the high rates of suicide in older men, which is unsurprising because, in the main, they are different phenomena.

Ageist attitudes also hinder efforts to prevent suicide in older people. Too many mistakenly believe it’s normal for an older person to get depressed when the evidence is to the contrary.

If anything, clinical depression becomes less common with age. This has also been debated, though, and true rates are, in fact, likely to be higher than surveys show.


The Who’s My Generation became something of an anthem for the baby boomer generation, but attitudes evolve.

Younger people often imagine themselves trying to cope with the effects of age and conclude that perhaps they might be better off dead. Almost 50 years ago, Pete Townshend from English rock band, The Who, captured this view in My Generation, with the line:

I hope I die before I get old.

This became something of an anthem for the baby boomer generation, which started to turn 65 in 2011. But as people age, their attitudes evolve and circumstances that might have challenged them in their youth no longer seem as insurmountable.

Indeed, as they age, most people have to cope with mounting chronic health problems, the loss of family and friends, and the challenges of social isolation. And they do so remarkably well. Despite any difficulties they face, older people are often the patriarchs and matriarchs of families, and society as a whole.

If we’re to get serious about suicide prevention in older men, we first need to accept that trying to prevent suicide is not akin to opposing euthanasia. And groups campaigning to legalise euthanasia need to understand that efforts to prevent suicide in older people are not intended to interfere with any person’s right to die.

Rather, they’re intended to help identify older people who are suffering in various ways and to allow relief from such suffering – whether it be through friendship, pain relief, spiritual guidance, or treatment of severe clinical depression.

Our rapidly increasing ageing population provides an imperative to change, otherwise the suffering will only accumulate. There are well-researched programs for preventing late-life suicide that can make a difference. It’s time we implemented them.

Brian Draper is Conjoint Professor of Psychiatry at UNSW Australia. This article was originally published on The Conversation. Read the original article.