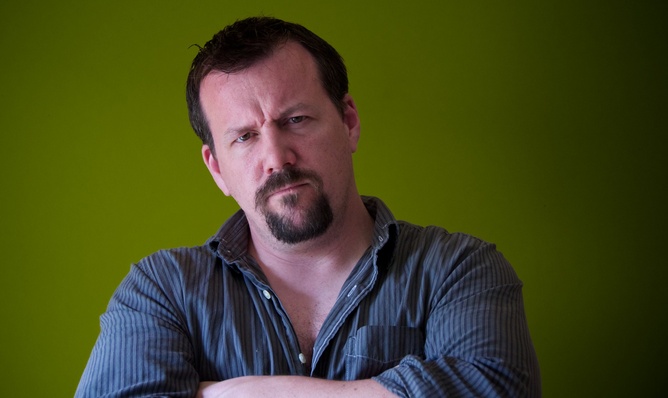 Try to avoid making this face when dealing with a climate change skeptic this holiday. bark/flickr, CC BY

The end of the year is nigh and it’s a time for Christmas and New Year parties and gatherings. In the southern hemisphere that means barbecues and beaches. In the northern hemisphere it’s mulled wine and cozy fireplaces.

But for all of us, it probably means we’ll be subjected to at least one ranting, fact-free sermon by a Typical Climate Change Denier (TCCD).

You know the drill. Make an offhand remark about unusual weather, and five seconds later someone’s mouthing off about how the internet says that climate change is a bunch of rubbish.

So, when you’ve been cornered by your TCCD, what do you do?

As many have said before, disagreements like this aren’t resolved by barrages of facts and figures. But that doesn’t mean you just have to walk away.

Instead of providing you with yet another series of climate facts and figures (there are plenty of excellent examples of these already) we’ve listed 12 tips, strategies and tactics for you to try out when you next feel inclined to engage a TCCD head on.

Good luck! And remember – it’s a party, so you know, have fun with it.

Most TCCDs will not change their mind. It’s cheaper – intellectually and socially – for them to stand their ground than it is to change their views. Actually, your arguing may even reinforce their beliefs.

But remember – you might convince their friends listening in. Pick your audience, some might never be swayed. Matt Brown/Flickr, CC BY

Just because your TCCD thinks they know better than pretty much all of science, doesn’t mean they’re a bad person. They value things and are probably well-intentioned at heart.

So try finding out what they care about: democracy or economics, knitting or veggie gardening. You may even have some shared interests. You’ll never get them to change their values, but you might be able to talk about climate change in terms of things they care about.

Your TCCD may say we don’t understand the climate change with 100% certainty, so we shouldn’t do anything. They’re right about the first point, but utterly wrong about the second.

Climate science isn’t 100% certain, but neither is medicine, the law, child-rearing or pretty much anything else. We make decisions without certainty every day.

Complete certainty is pretty much never required for action.

Challenge them to be specific, to go beyond vague assertions of terribleness or repeating empty tabloid slogans.

5. Compare the risk to something more tangible

Do they trust doctors? Try saying: “So, have you ever taken a doctor’s advice, like if they recommended you lose some weight or get that weird growth biopsied?”

Doctors rarely guarantee that bad things will happen if you ignore their advice, but it’s pretty damned risky to gamble that they won’t.

6. Speaking of doctors and second opinions

It’s not just one opinion here. Research says 97% of climate doctors believe the planet has a bad case of human-induced climate change, and the prognosis isn’t great. While there is likely to be some wiggle room in the exact percentage, it’s fair to say that consensus is very high.

And if 97 (or even nine) doctors told you that you had life-threatening but treatable cancer, would you act? Or would you keep looking until you found one doctor who told you not to worry about it, that the cancer isn’t serious, and that it’s all just a medical conspiracy to sell you chemotherapy?

7. The TCCD with an inkling of scientific knowledge

This trickster knows not all scientific discoveries were immediately accepted by mainstream science. Plate tectonics and the Earth orbiting the sun leap to mind.

While scientific mavericks are few and far between, they do exist. But simply being a maverick doesn’t make anyone right. Most of the time it just makes them wrong.

8. Wait for them to say 'It’s all a big conspiracy' There are those who claim climate change is the lab-coat version of the John F Kennedy assassination or the moon landing “hoax”.

The idea of an international conspiracy across dozens of disciplines, hundreds of institutions and thousands of individuals is honestly laughable.

If the world’s climate scientists were so good at conspiracy, they’d be better off using their astounding Machiavellian skills to rig an election or clean up on the stock market.

Also, anyone who actually uncovered such a scam would win all of the Nobel prizes at once.

9. Climate scientists are in it for the money

Have you seen the pay scale of a typical research scientist in Australia? Tell the TCCD to go to any university car park and count the luxury vehicles parked near science buildings. They won’t even need all their fingers to keep track.

A related gem is the line that Al Gore and co. are doing this because they invested in renewable energy companies and want to make money.

10. Why pick on climate science?

The odds are they will happily accept – even applaud – any science that isn’t climate change related.

Ask them if they accept gravity, nutrition, internal combustion engines or maths? If they say “yes”, probe them on why climate science is different. If they say “no”, back away slowly.

11. Scientists don’t actually want it to be true

Challenge them to find a single, legitimate source that shows a bona fide climate change scientist who is happy about what they are finding and what their findings mean.

We’ve been working around such folks for years and have not even heard of one. Seriously, not one.

This is another claim touted by TCCDs – that CO2 itself isn’t inherently poisonous. It’s important for plants so therefore it can’t be bad.

Their underlying logic is that you can never have too much of a good thing – ask them if they realize that’s what they’re arguing, then give them your best scornful school teacher stare.

Too much of anything can be dangerous, hence the phrase “too much”. You can even be killed by drinking too much water.

Now get back to the BBQ You never know – you may make a difference at this year’s BBQ. Flickr/mallix, CC BY-NC-ND

Anyone who’s challenged a TCCD knows that trying to turn them is usually frustrating and annoying. They are rarely part of the solution and probably never will be.

But that doesn’t mean challenging them is always futile.

You can sometimes encounter someone who’s genuinely interested in ground-truthing their position (yes, it does happen). You could also be inspiring nearby party-goers to think more – or differently – about the climate situation.

In the end, every little bit counts. If you have even a small influence in a positive direction, that’s not a bad thing to come out of Christmas drinks. At worst, at least you have an opportunity to hone your debating (and trolling) skills.