Female Faculty Should Get Bonus Points To Correct For Gender Bias In Student Evaluations
By The Conversation | June 25th 2015 08:31 AM | Print | E-mail 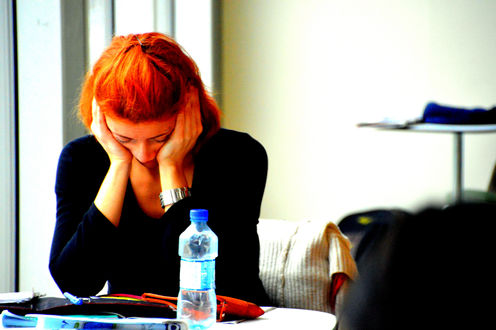 Now that most colleges and universities have completed their spring semesters, course instructors are opening up sealed manila envelopes, all over the country, to read their teaching evaluations.

And, like each year, what they’ll find has been pervasively slanted by gender bias.

As a professor, a member of the academy and a woman, I am deeply concerned about the professional and societal consequences of such bias. I’ve taught at four different institutions since 1996, full-time since 2004.

I’ve read some of the research on gender bias in course evaluations, heard shocking stories from female colleagues, and, unfortunately, seen the issue in my own evaluations.

Often women faculty find comments in their evaluations that are more personal in nature, comments that have nothing to do with their teaching abilities or competencies.

For instance, it’s common for female faculty to read comments about their appearance and fashion choices.

This happens not just at the undergraduate level but even in graduate school, such as law school. One would hope that older students seeking advanced degrees would be more mature and reflective about their narrative remarks, but, alas, this is not always the case.

It would be easy to write off such comments as absurd, or simply inappropriate. But the fact is that these comments speak to the ways that female instructors are perceived differently in the classroom, particularly when they teach large courses.

Lisa Martin, professor of political science at the University of Wisconsin - Madison, has argued:

People tend to implicitly associate women with the non-agentic type [with less capacity to act, influence and lead], assuming they are passive, nurturing and sensitive. … A situation that demands that a woman be agentic, for example teaching a large lecture class, will cause role incongruity and lead to negative reactions from students.

Male faculty perceived to be smarter

Male faculty are more frequently described as “funny,” “brilliant,” “genius” and the unflattering “arrogant.” Needless to say, these adjectives not only reflect but also reinforce gender stereotypes for both men and women.

The differences in evaluations of male and female faculty are even more striking when one compares related adjectives such as “smart,” “brilliant” and “genius.” The gender gap grows for each term, with male faculty far more likely to be called “genius.” Gender bias even extends into the seemingly depersonalized realm of online teaching. A recent study shows that college students in online courses give higher evaluations to instructors they believe are male, even when the teacher is actually female.

Think about it: if these scores were grades on an exam or paper, evaluation of women’s performance would be dropped from 100% to 84% just because they were female. And that’s before the actual content of their work was graded.

Furthermore, a committee of the American Association of University Professors (AAUP) recently concluded that a culture of bullying on the internet, fueled by anonymity, is making its way into student evaluations. This is likely worsening gender bias.

Women faculty are therefore often penalized on their teaching evaluations in ways that can impede their professional advancement and success — from being hired to tenure and promotion.

The situation — and stakes — for women of color and non-tenure track faculty is even worse.

Women of color experience the double burden of sexism and racism, while the primary responsibility of adjuncts and lecturers is usually teaching. Their jobs become less secure, then, if they receive “low” course evaluations.

Quantitative scores on course evaluations are not just numbers. They are incorporated into a number of key employment decisions, including hires, contract renewals and regular reviews such as tenure and promotion.

If chairs and deans believe the teaching evaluations of female faculty are “too low,” women faculty may be encouraged, or explicitly told, to improve their teaching.

However, at institutions that base advancement primarily on research, dedicating substantially more time to teaching will probably reduce their research productivity and ultimately diminish the likelihood of professional advancement.

For female instructors in non-tenure track appointments, “low” course evaluations may mean their contracts are not renewed.

We know that systemic social change can take years, if not longer, to take hold. Since pervasive gender bias is not going away any time soon, I propose one temporary solution.

Female faculty should receive an automatic correction — that is to say, a bonus — on their quantitative teaching evaluation scores. The bonus should be determined by average gender bias in teaching evaluations at their institution or national averages.

Professional reviews should then be based on these adjusted data, not those laden with unconscious (and possibly conscious) bias.

Women faculty do not have a level playing field, in and out of the classroom. Such a policy would offer one concrete way to actually fix such inequalities.

Critics will no doubt argue that such a policy would give female faculty a distinct and unfair advantage. I argue that it does not. It only corrects for one disadvantage women faculty usually experience. Too often, though, this penalty remains invisible and ultimately ignored.

Course evaluations may seem like mere numbers, but the stakes are big. If the role of gender bias in teaching evaluations is not addressed, the demographic diversity of academia will continue to suffer.

And without a more diverse faculty that reflects the true breadth of our society and our world, we will lose vital scholars, leaders and role models.

By Sara B. Pritchard, Associate Professor of Science&Technology Studies at Cornell University. This article was originally published on The Conversation. Read the original article. Top image: Sam Carpenter, CC BY-NC-ND